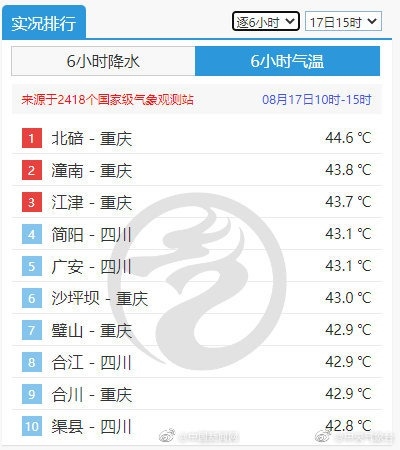 This data also refreshed the local record for the highest temperature extreme, and it has only been two days since the last record was broken (August 14).

The temperatures in Tongnan, Jiangjin and Shapingba in Chongqing and Jianyang and Guang’an in Sichuan all exceeded 43°C.

In addition, Chongqing’s record of 40°C+ consecutive days is still being refreshed (it has been 10 days since today).

According to the weather forecast, the highest temperature in Chongqing will remain above 41℃ in the next seven days.Local friends also have to endure the continuous high temperature for a period of time, and must pay attention to heatstroke prevention.

After the fake Basquiat affair, the Orlando art museum drinks the cup