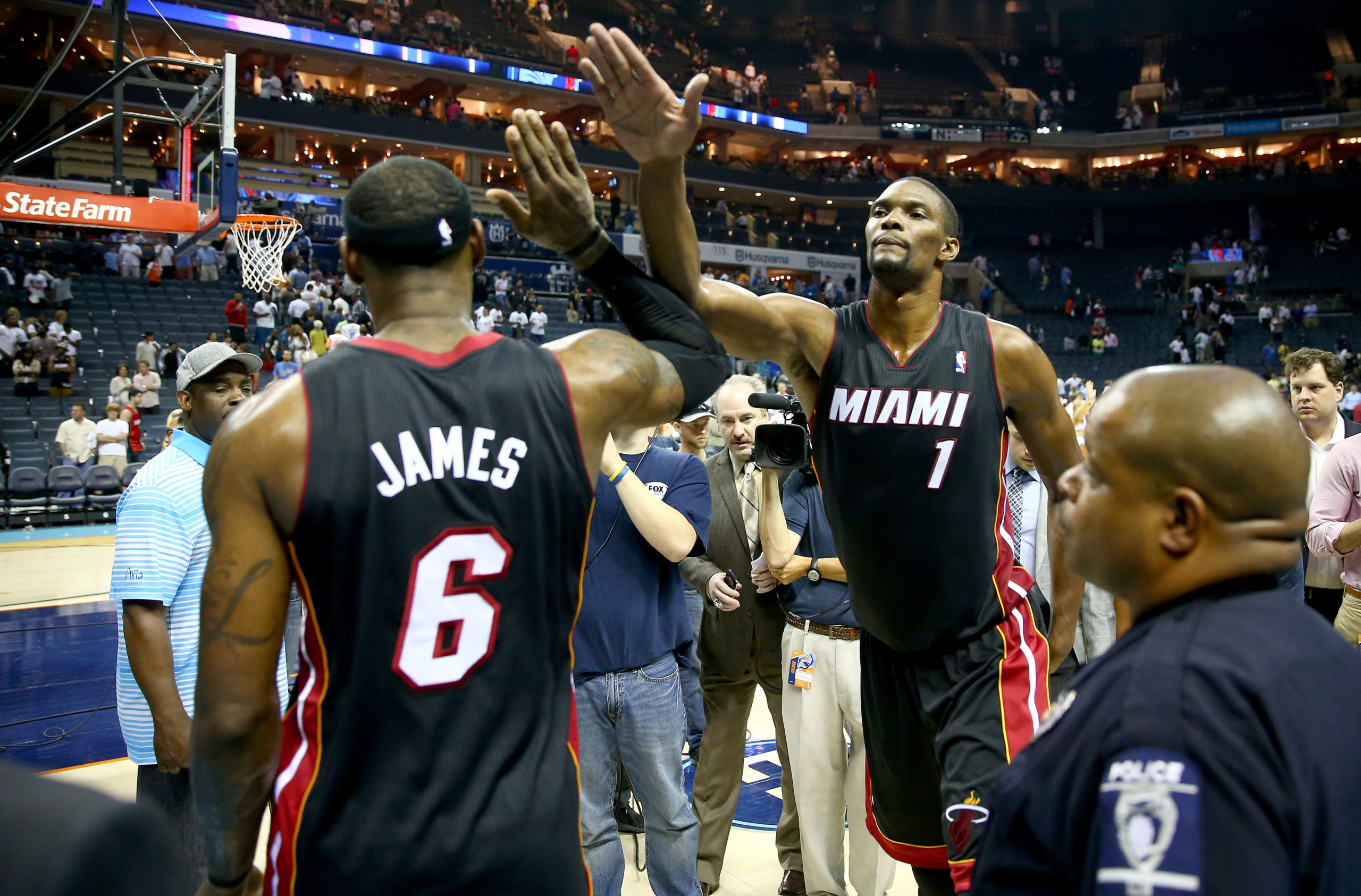 The name LeBron James means many things to the sport in general, and to basketball and the NBA in particular. The discussion about the scope that it has had for each one, would be endless, and it would never put everyone in agreement. But if there is one thing that cannot be denied, it is that James’ management of his career has ushered in the era of player empowerment, diminishing the ownership control previously held by franchises.

When he left the Heat in 2014 to return to the Cavaliers, LeBron left his teammates with a lot of uncertainty, teammates who wanted to stick together. No doubt there were resentments, although there were never known major fights between the members of that team.

It was now Chris Bosh, a teammate in the Heat and a friend of James, who has thrown a bit of clarity on his feelings at that time.

“When I found out I thought he was joking, and about ten minutes later, the news was everywhere,” said the power forward, on the podcast. All The Smoke by Matt Barnes and Stephen Jackson. “I understand now. But at the time I didn’t understand it. At that point, in my mind, I was ready to get the team back together because we had just lost. So, we wanted to put something back together so we could win. And it couldn’t be like that ”.

“At first I was offended. Bron and I talked about it. But I’m a competitor, and when you go back to the locker room and you don’t see LeBron in his chair, you realize how special he was as a player, ”Bosh continued, talking about how he felt playing without his friend. “I was angry, and it took me a while to get over it. It took me months. We then talked about it and got back on good terms. I am happy to have done it. But it was difficult to deal with it. “

Certainly, Bosh is one of James’s closest friends today. So we can attest that the relationship could really return to its previous point, after the anger of the former Toronto and Miami.

After the departure of his teammate, Bosh had contractual problems with the franchise, who asked him to follow the path of James. But finally, the Heat gave their arm to twist and They offered one of their stars a five-season extension. Unfortunately he could not fulfill his contract due to health problems, and last year he ended up announcing his retirement.