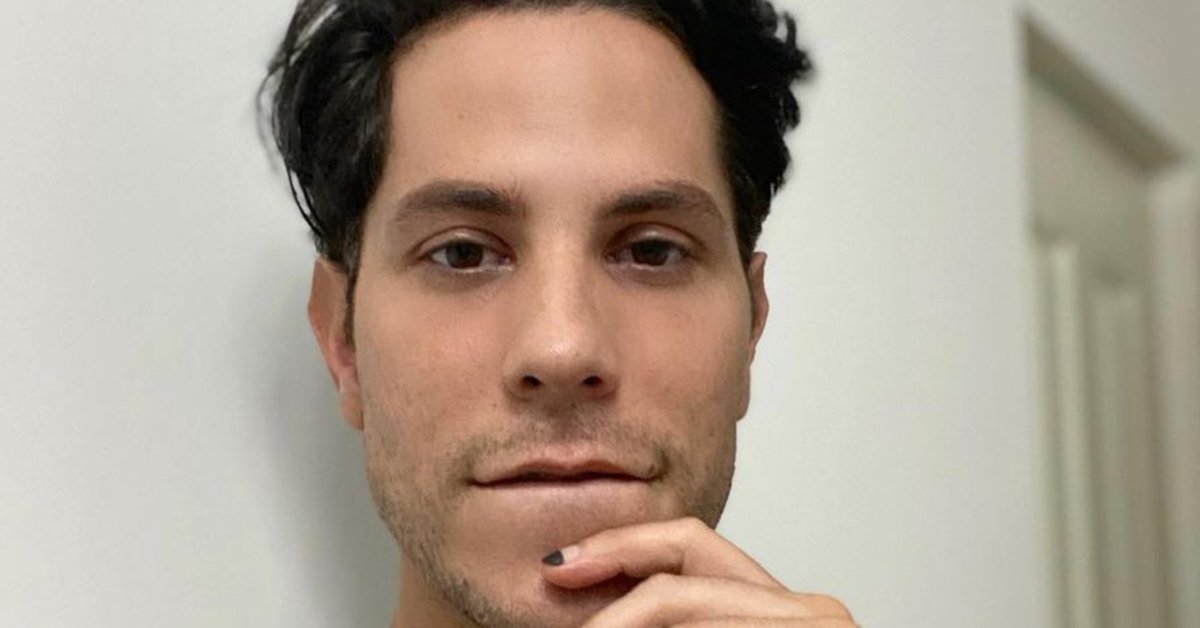 The actor received compliments and risque comments on his post.

Christian Chávez set fire to social networks with a photograph where he posed completely naked, postcard with which he boasted the body that he has at 37 years old.

This morning, the ex RBD surprised his more than 2.8 million followers of Instagram with a photograph that caught the attention of both the users of the platform and the occasional celebrity.

In the post, the actor from The House of Flowers He appeared from behind, taking off a black shirt that, by the time of the shot, was already on his head. In addition to this garment, the singer only wore white shoes and socks.

Artists and fans recognized the figure that the actor has (Capture: @ christiancavezreal / Instagram)

Another element that stood out was the tattoo that he has in the upper central part of his back, which is made up of lines and the word “Love”. The actor also hinted that he has another possible tattoo on his left buttock.

Along with the controversial image, Christian Chávez wrote: “My body, my rules”. With this, the singer implied that, sharing a photograph of him naked from the back of his body, he did it completely under his convictions.

The nude of the actor from Until the money do us part quickly climbed in social networks, reaching the more than 178 thousand “likes” within two hours of its publication.

As expected, Christian Chávez received a wave of comments and compliments towards his physique, as the users of the platform did not miss the opportunity to send him compliments, which highlighted the attributes of the Tamaulipas native.

Among all of them, the opinions of figures from the middle of the show such as Anahí, Mariana Seoane, Ludwika Paleta, Gisella Aboumrad, Laéllyo Mesquita, Wendy Braga and Alejandro de Hoyos stood out.

“Everything very beautiful”Wrote Wendy Braga. “Oh peach“Alex de Hoyos acknowledged, while Anahí questioned why she had uploaded that photo:”Like… why?”. For their part, Mariana Seoane and Ludwika expressed themselves with emojis of surprise and fire.

His ex-partner’s comment RBD It caused his fans to remember moments they have shared together like when Anahí yelled “Christian”. In addition, users proposed that the actress should make gifs with her reactions and assured that they would go viral.

Christian also shared the photo as part of his stories on the same platform. In that space, the actor accompanied the postcard with signs of “Censored” and Freedom, George Michael song.

Miami, FL – *EXCLUSIVE* – Actor Christian Chávez goes shirtless in Miami while on vacation. He is best known for his role as Giovanni Méndez López in the telenovela Rebelde and its spin-off pop group RBD.

In general, the performer of RBD hits such as Save me, Inalcanzable and Just stay in silence, uses his social networks to share activities of his daily life with his fans. Among all, the actor has declared himself related to a healthy life and constantly uploads photos in the gym.

Before his last post, pictures of him showing off his abs, most of them shirtless, could be found on his profile. However, she had also been seen wearing a bathing suit or shorts while enjoying the sun and sand.

The House of Flowers It is the most recent project in which Christian Chávez participated. Within the series and film, the actor played “Patricio Lascuráin”, a homosexual character that he hesitated to accept because he was afraid of being typecast in gay roles because of his sexual preferences.

In an interview for People, the actor explained that doing the scenes where his character dressed as a woman cost him work because he was afraid to do it, however he overcame stereotypes.

“As an openly gay actor I would have liked to see characters like this When I decided to come out I thought: I wish there were such charactersI wish people saw that not only gays are like this or like that”He declared.

The day that Anahí appeared in “La Hora Marcada”
“You hurt me a lot”: Caeli’s crude testimony about YosStop’s “bullying”
Emiliano, the first-born of Pepe Aguilar accused of human trafficking, left jail