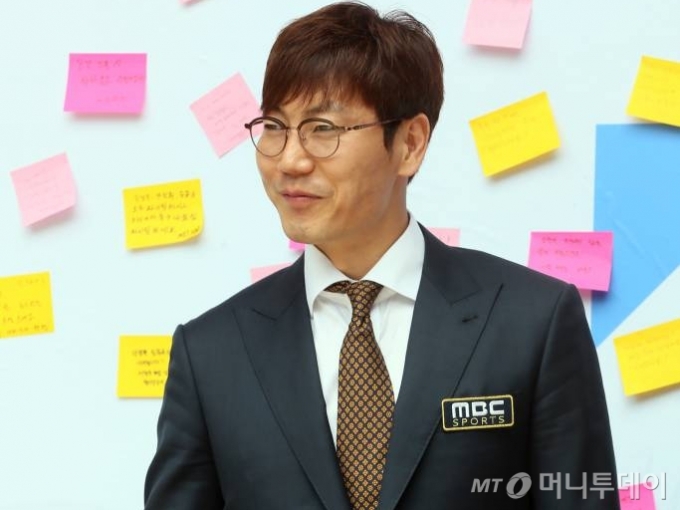 After the divorce, former soccer player Song Jong-guk, who told the story of living as a natural person, signed an exclusive contract with DH Entertainment.

On the 28th, his agency DH Entertainment announced, “Recently, we signed an exclusive contract with Song Jong-guk and started a new beginning together.”

However, the agency said, “This exclusive contract does not mean Song Jong-guk’s full return to the entertainment industry.”

“Based on his friendship with former soccer players Lee Cheon-su and Hyun Young-min, who belong to the headquarters, Song Jong-guk plans to engage in various social contribution activities through DH Entertainment for youth, the underprivileged and the development of soccer in Korea.”

“DH Entertainment has signed an exclusive contract with Song Jong-guk for this purpose, and the head office plans to spare no effort to support Song Jong-guk as well as Lee Chun-su and Hyun Young-min’s good influence in every corner of society, both physically and mentally.”

On the other hand, Song Jong-guk is a soccer player who played an active part in the 2002 Korea-Japan World Cup, called the ‘Prince of the Hiddink’.

After announcing their sudden marriage and divorce in 2003, Song Jong-guk remarried actor Park Yeon-soo (Park Ip-seon) in 2006 and had a daughter, Jia, and a son, Ji-wook.

However, Song Jong-guk announced the divorce from Park Yeon-soo in 2015, after 9 years of marriage, and disappeared when it was revealed that Park Yeon-soo had both custody and custody rights.

Since then, Song Jong-guk has become a hot topic by revealing the current state of being digging for medicinal herbs in the mountains in Hongcheon, Gangwon-do, on MBN’s ‘Field Report Scoop World’, which aired in July.


Related articles in this article