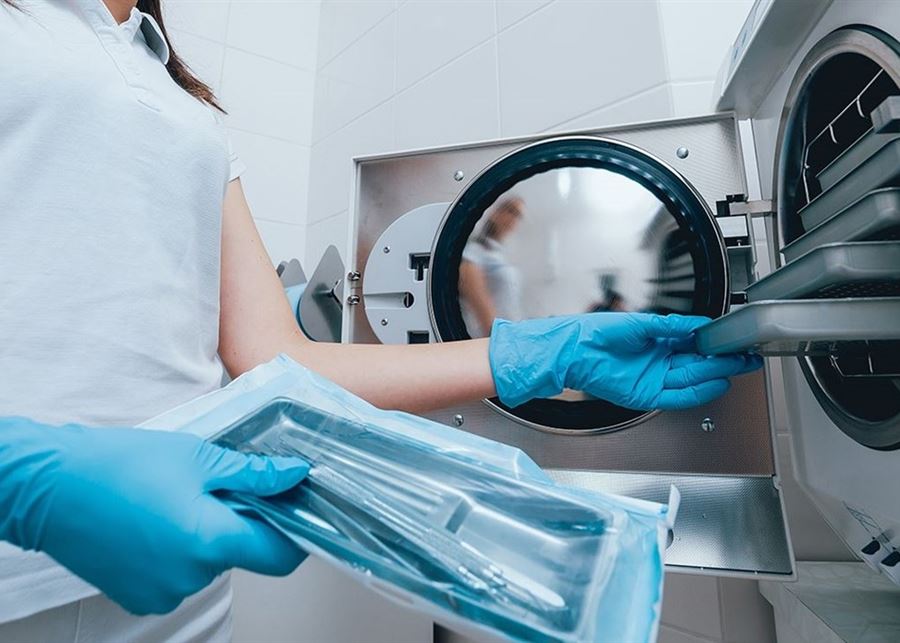 “Lebanon is the Hospital of the East,” as it was called, as it is the destination of Arab and Gulf countries for medicine and hospitalization, given its high global level of medical equipment and advanced laboratory and imaging machines. What makes it a destination for medical tourism, today it is fading and even collapsing due to the continuous decline, as it is lacking medicine, doctors, technical, administrative and nursing staff, medical supplies, oxygen and electricity… due to the lack of diesel.

Hospitals are groaning and calling for help, and no one is responding, just like other vital sectors. The head of the Syndicate of Hospital Owners in Lebanon, Suleiman Haroun, explains to “Nidaa Al-Watan” that “hospitals today lack some measurements in surgeries related to the bones, as well as in the operations of liquefaction of the arteries of the heart from Rasuras. … as well as the colored needles that are used in radiology laboratories and during cardiac twitching operations, so they are almost cut off, forcing us not to conduct tests except for very, very urgent cases, for fear of being cut off completely.”

In addition, of course, to all this comes the lack of laboratory reagents, which are chemicals used in laboratory analyzes, which were cut off and were used by hospitals only for their patients, after some of them closed their external laboratories. And the new supplies that the market is missing, as the head of the Syndicate of Importers of Medical Supplies, Salma Assi, revealed to “Nidaa Al-Watan”, are “the heart batteries that require the patient to rotate and rotate throughout Lebanon in order to find the measure of his heart.”

The failure of the Banque du Liban to pay medical supplies, which is considered a prelude to raising the final support for them, knowing that they are still calculated at the price of 3900 Lebanese pounds per dollar, puts the health and hospital sector in a critical situation and unable to meet the needs of patients, as it was in the previous “normal” days. As is customary.

Reasons for running out of supplies

What are the actual reasons behind the shortage of medical supplies and what are the solutions?

First, the accumulation of bills due to suppliers abroad that are not paid by the Banque du Liban, so the supplier stopped delivering the goods even if the importer paid the cost of the shipment “cash”, because he wants to get his dues first.

Second, the decision of the Banque du Liban to obtain prior approval from the Ministry of Health before importing medical supplies last May.

Obtaining pre-approval for importing medical supplies is a procedure not recognized by the commercial bank, which is waiting for the pre-approval decision from the Banque du Liban to be able to import, and in turn the central bank has not given any approval since last May, so the stock ran out and the market emptied of medical supplies And we have reached what we are today in a shortage of supplies.”

In this context, Haroun stressed that “hospitals do not know whether or not the medical supplies are available to the companies, and they fail to deliver them to them.”

As for the subsidized supplies, he pointed out that “instead of paying medical supplies on the basis of 3900 Lebanese pounds per dollar, the companies ask hospitals to pay 15% “Fresh” money according to the dollar’s ​​price on the black market instead of getting a dollar check according to the price tag. The 3900 Syrian pounds, that is, when the dollar exchange rate is 20,000 pounds, the price of medical supplies becomes 3 times more than what the official price is according to the warranty list and the Ministry of Health. This is, of course, except for the unsubsidized supplies whose price is paid in cash in dollars by 100 percent.” In addition, Haroun denied the hospital administration’s knowledge of whether the goods it received were subsidized or not. He said, “The syndicate had previously sent a letter to the Governor of the Banque du Liban to hand it a list of the subsidized and unsubsidized supplies in order not to allow traders to sell the subsidized goods on the grounds that they are not subsidized because their price is 10 times more expensive and even more.”

He considered that “this matter raises the costs in hospitals, and the burden falls on the patient who bears the difference, whether the patient is a social security patient or any other official guarantor, or even if it is guaranteed by a private insurance company. pay it off.”

As for the impact of the phenomenon of medical and nursing staff migration, which is increasing abroad, Haroun explained that “the area of ​​migration has expanded to include all hospital workers, from engineers for medical equipment, administrators, laboratory and radiology technicians, which affects the hospital offerings and the level of quality.” He added, “We have previously warned repeatedly of the repercussions of that migration, and today we fear a new wave of “Corona”, then hospitals will face great difficulty in accommodating numbers of patients of the size that was the situation in the previous wave that we experienced in the winter season.”

With regard to solutions to this dilemma, there is no choice but to raise the subsidy and restore imports in cash dollars according to the black market exchange rate, which will lead, if the solution to the problem of lack of supplies, to pressure on the scarce green currency and raise the price of the dollar and the bill of difference incurred by the poor patient, the sustainable victim Because of our financial and economic crisis, which is today and with the subsidized price, according to 3900 pounds to the dollar, is very expensive!!.
Medicine and supplies bill

The bill for medicine and medical supplies for the first half of 2021, as announced by the “Banque du Liban,” which was objected by some stakeholders: