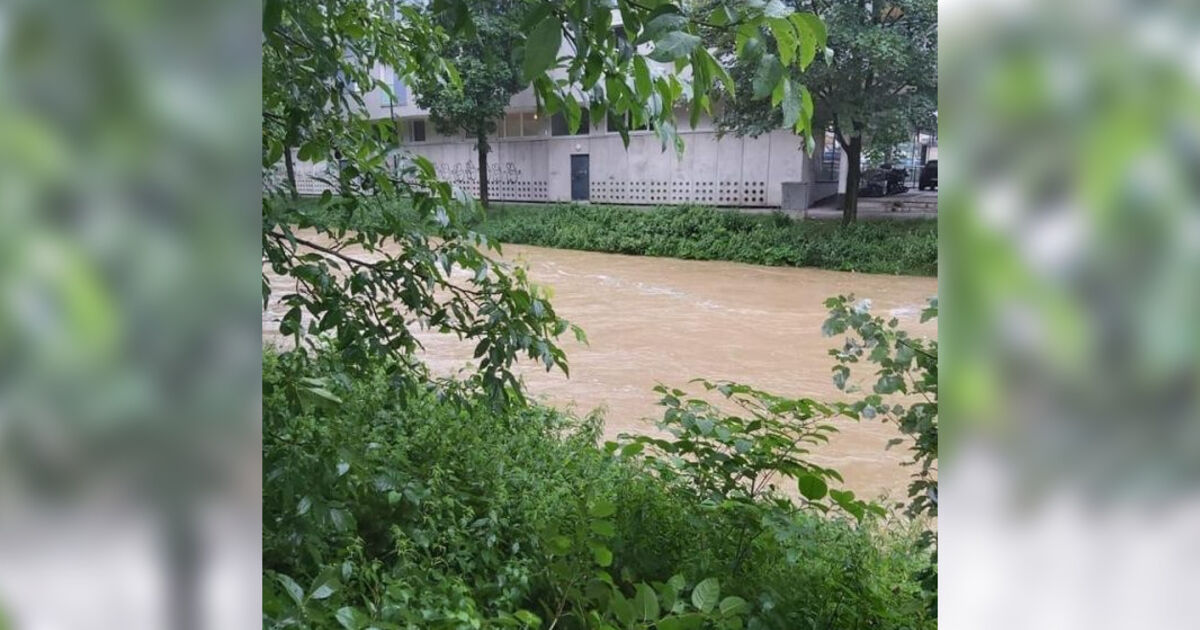 A total of 87 firefighters were deployed in the state capital, 57 of whom were volunteers. The Professional fire brigade moved out with eleven vehicles that Volunteer firefighter at ten.

Flood alerts in the city of Salzburg

Mainly it was a flooded cellar, reports a spokesman for the professional fire brigade to SALZBURG24. The emergency services had also been called to a couple of overflowing streams.

Local flooding occurred in the Alterbach and Gersbach area. In addition to pumping out some cellars, the precautionary construction of flood protection on the banks of the Salzach was the focus of work on Saturday evening from 8.30 p.m., the city of Salzburg announced in a broadcast.

Protection is at around 10 p.m.

As the deputy fire director Werner Kloiber says, mobile protective devices have to be raised at 50 points along the river: “The volunteers were alerted. You take on the main job. The professional fire brigade takes care of Membergerstrasse, which is a particularly critical point. A total of 40 to 50 men need around one and a half hours from the alarm to the completion of the work. The protection will therefore be completely in place around 10 p.m. “

As Michael Haybäck from the city’s operational staff reports, it is expected that the Salzach will exceed the warning limit in the early morning hours of Sunday with a water level of 4.8 m at the Nonntaler Bridge measuring point. The reporting limit of 3.8 m had already been reached by late Saturday morning. All bicycle underpasses along the Salzach were already closed.

Preuner thanks for quick action

Mayor Harald Preuner (ÖVP) thanked the volunteers and the professional fire brigade for their rapid commitment to the benefit of the whole city.