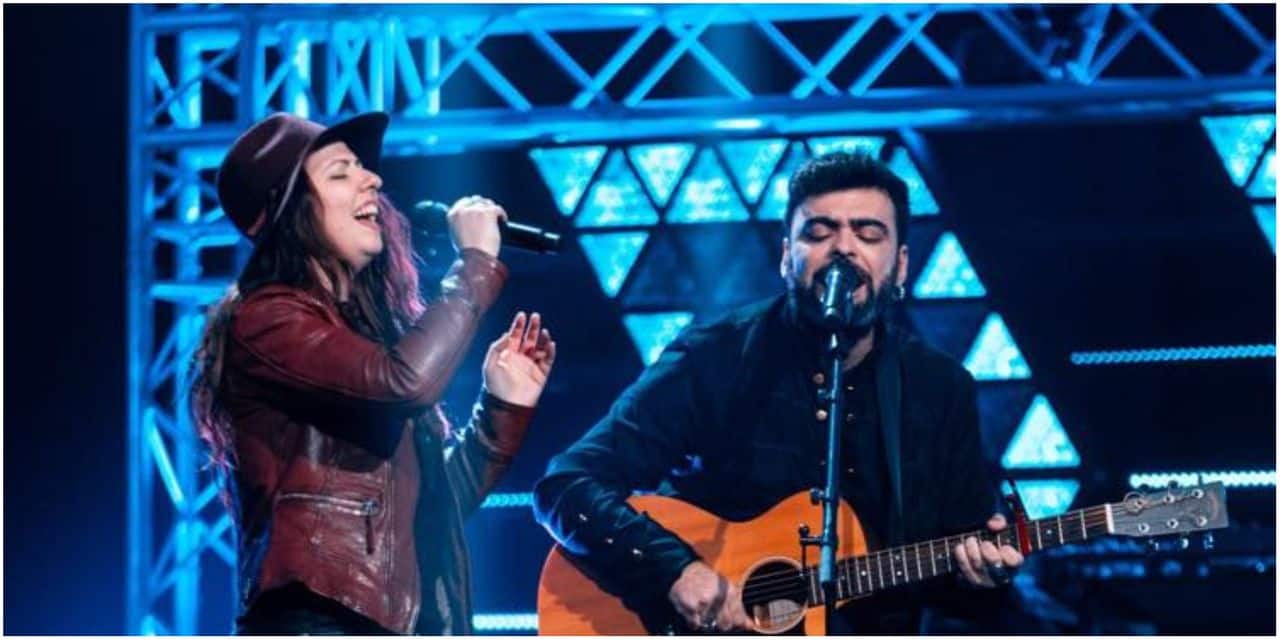 After an introduction with Loïc Nottet, emblematic talent of season 3 and coach of season 9 (“The Voice made me crazy!”), the 5th Blind of The Voice Belgium revealed talents, each more surprising than the last. others.

Starting with Rosalie, 20, from Brussels who wowed three coaches on David Bowie’s Life on Mars. So much so that Black M was even in the public to coax the girlfriends of the vocal singer. “When I have prey, I don’t let go!” But Rosalie will eventually go to Mama Bj Scott. “Black M, I checked you, yo!” “You’re the boss,” he replies.

A first at The Voice Belgium: a duo

This had already happened to The Voice France but never in the flat country. Arthmony, a brotherly duo between Donata and Emmanuel, impressed on Damien Rice’s “9 Crimes.” These brother and sister from Italy gave Bj Scott chills singing with one voice. “There is nothing stronger and more bewitching than harmony in the family.” But it is finally with Christophe Willem that they leave.

From the height of her 17 years, Chloe touched the hearts of the coaches. “I couldn’t resist,” balances BJ. A moment suspended on Paramore’s “The Only Exception” which will delight Typh Barrow, chosen by the sweet Chloe. “You sing as you feel, there is a kind of pure light in you. A nugget, a little gem!”

The “fight” between the Mama and the Black Mamba: “the student has surpassed the master!”

We will also remember the performances of Kaan and Virginie. Kaan, 19 from Brussels, is a rapper at heart. His flow hit the mark. Just like his rap sung on an incredible interpretation of La nuit de Sopico. “It was the first song that allowed me to escape,” he says. And the battle between Black M (who came to rap with him) and BJ Scott was tough. “That’s the furthest you can go with Black M.” Kaan however left with the latter. “Ahhh that annoys me!”, swings Bj Scott with a smile.

Black M will then have been able to take revenge with the one who unleashed the passions among the coaches: Virginie. This 35-year-old Frenchwoman of Malagasy origin who lives in Luxembourg took over – in French please! – Keane’s hit, Somewhere only we know. The favorite song of her ex that she wanted to reinvent to reclaim it. “What audacity!” Says BJ Scott who blocked Christophe Willem. “And what a voice!” But Virginie will finally choose Black M. “The fight with BJ is not easy, confides the rapper of Sexion d’Assaut. When I listen to him, I am like a student. But the student has exceeded the master (smile )!”

Without forgetting the last remarkable passages of Charlotte and Enola. The first, a 35-year-old mother from Namur (2nd prize at the Francof de Spa), moved Christophe Willem to tears who literally “transported” him to Pauline Croze. “It’s exactly for these kinds of moments that I was all for coming on this show”

As for the second, another 21-year-old from Namur, she bewitched Typh Barrow and Bj Scott on “Angels Like U” by Miley Cyrus. If Typh has often been nicknamed the witch of this season 10, the one who presents herself as “a baby witch” left with BJ Scott. “I am passionate about witchcraft, explains Enola, who is appearing for the 4th time at The Voice Belgium. But witchcraft is not at all a witch on her broom like in Harry Potter. It is above all using the energies of nature for, for example, that the four coaches turn around (smile)!” It will have worked… halfway.

After this 5th Blind, Mama Bj Scott and Black M are at 10 talents each (out of 15 in total) in their team. As for Christophe Willem, he has 11 and Typh Barrow 12. Next week, the “cockfight” promises to be hairy between the two Frenchmen or when “the Turtle turns into a Ninja Turtle”, according to Black M. you next Tuesday evening, on the front page, around 8:15 p.m.

Fundamental MARSS in the attention to covid-19