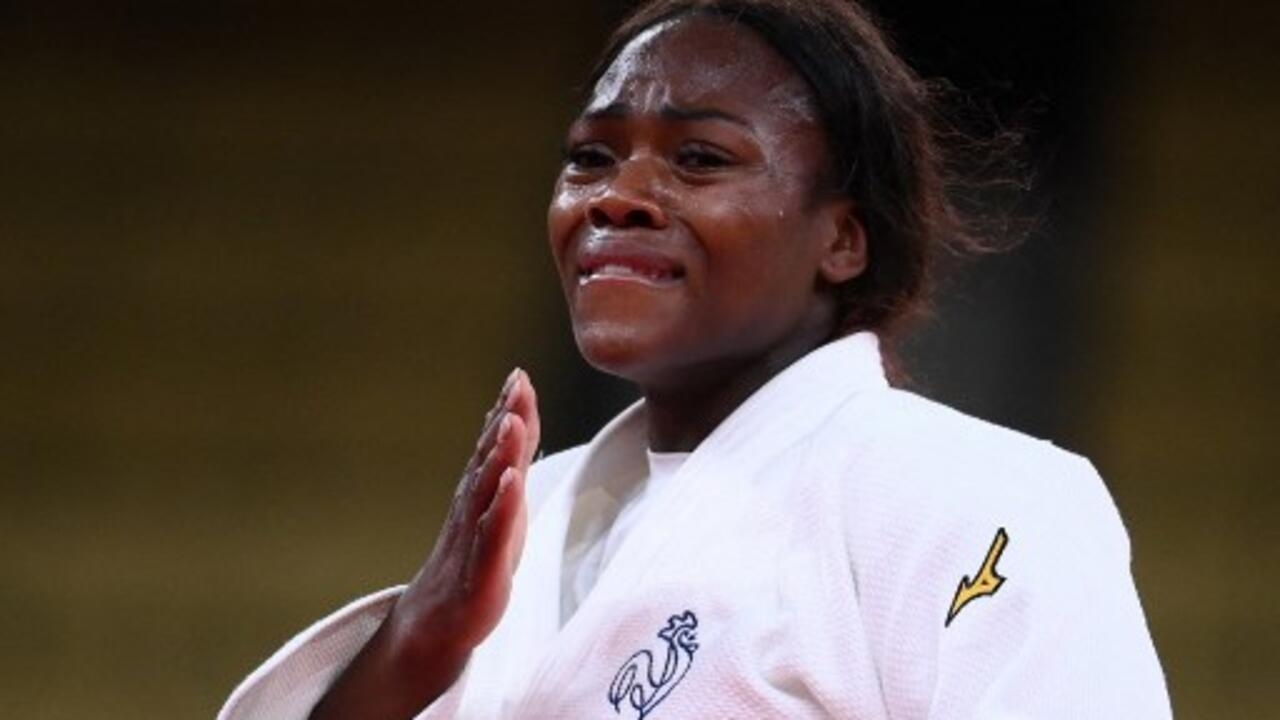 The French Clarisse Agbégnénou became Olympic champion this Tuesday, July 27 in Tokyo by beating the Slovenian Tina Trstenjak, who put back her title acquired in 2016 in Rio at stake.

Clarisse Agbégnénou was one of the judokas expected in Tokyo. Very affected by the postponement of the Olympics last year, the young woman had experienced a period of depression before returning to work for the summer deadline of 2021. ” I was really devastated. I cried a lot », She admits. Olympic gold, in the -63 kg category, crowns a list as extensive as a large DIY store.

Last June, the most successful blue fighter at the Worlds, won a 5th world title, which was just another step towards the Grail, her Grail. His five European coronations also show his supremacy in an ancestral sport.

On a mission to fetch gold

Since the Rio Games in 2016, where she won the silver, Agbégnénou, 28, was waiting for the hour of revenge. At Budokan, the legendary judo hall in central Tokyo, she spent a relatively peaceful day. Less than 20 seconds were enough for her entry into the tournament, beating by ippon in 19 seconds the Cape Verdean Sandrine Billiet. She only needed an attack to dominate the vice-champion of Africa, who previously represented Belgium.

In the quarter-finals, the Frenchwoman had a slightly tougher opponent with the Dutch Juul Franssen, twice bronze medalist at the world championships and once at the European championships. Agbégnénou finally won thanks to a waza-ari marked two-thirds of a fight that she clearly dominated, showing herself to be aggressive and enterprising from start to finish.

In the semi-final, Agbégnénou, flag-bearer of the Blues alongside Samir Aït Saïd during the opening ceremony, fights against the Canadian Catherine Beauchemin-Pinard, several times medalist at the Pan-American championships, but never at the world level. Agbégnénou passes without difficulty, without putting himself in danger, like a boss. The 2016 revenge against Slovenian Tina Trstenjak could take place for the one we nicknamed “Gnougnou”!

« Finally ! I was on a mission to get the gold. I don’t have the words. It’s incredible. I couldn’t ask for more than to take my revenge. I want to thank my family and I’m going to celebrate with them when I get home. The road has been complicated and long », Commented in tears the new Olympic champion on France Television.

French judo has now won four medals since the start of these Games, bronze on Saturday for Luka Mkheidze in the -60 kg category, silver on Sunday for Amandine Buchard in -52 kg, the same metal on Monday for Sarah-Léonie Cysique in – 57 kg, and Agbégnénou’s gold.