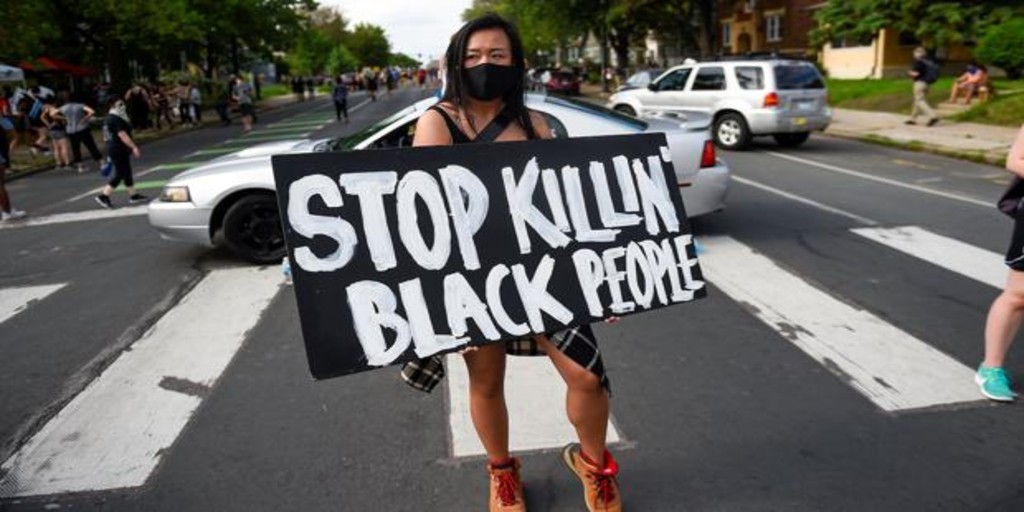 The protests in Minneapolis (Minnesota, United States) over the death of the African American George Floyd at the hands of police officers intensified this Wednesday with confrontations and looting, as requests for the arrest of the agent responsible for the crime grow.

In the midst of a pandemic, thousands of people returned to the streets for the second day in a row in a series of protests that included scrapings in the homes of the policeman who choked Floyd with his knee and the county attorney.

They also included clashes with the police, who fired tear gas and rubber bullets at various points in the city, as well as the looting of a Target department store and a liquor store, and the burning of an auto parts store.

Minneapolis Mayor Jacob Frey, who on Tuesday announced the firing of the four officers involved in Floyd’s death, called for the arrest of the man Wednesday.

“In the past 36 hours I have grappled with a fundamental question: Why is the man who killed George Floyd not in jail? If you had done it, or I would have done it, we would be behind bars right now, “said the mayor.

For her part, Congresswoman Ilhan Omar, who represents the city of Minneapolis, said that “the police officer who killed George Floyd should be charged with murder.”

Although the FBI has already opened an investigation into Floyd’s death, a group of protesters went to the home of Hennepin County District Attorney Mike Freeman, with jurisdiction over Minneapolis, to demand that the officers be charged.

See Also:  Annoyance among some European partners with Spain over the announcement of the macromanifestation of 8-M

Another group made their way to the home of the agent directly implicated in Floyd’s death, Derek Chauvin, at whose entrance they marked the word “assassin” and other inscriptions in red paint until they were dispersed by riot police.

Floyd, 40, passed away Monday night after being arrested on suspicion of trying to use a fake $ 20 bill at a supermarket. In videos recorded by passers-by, Chauvin appears with his knee on his neck for minutes.

Floyd’s “can’t breathe” has become precisely the cry of protest that once again highlights police violence against African Americans in the United States. .