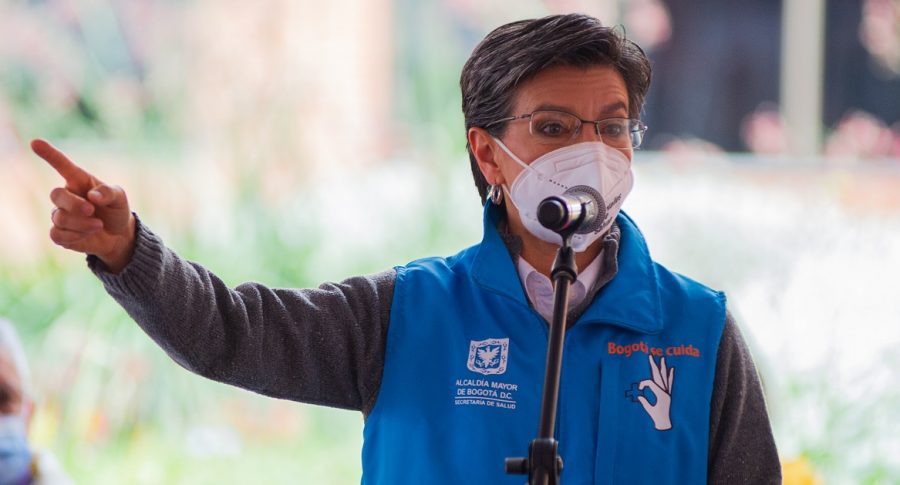 The construction of the Bogotá metro and one of the points of the capital of the country that will change the most with respect to how it is now is Avenida Caracas with Calle 72. This place will be one of the most important in this transportation system, since the first line will end there.

Claudia Lopez She was very excited at the start of the works and on her Twitter account she made an invitation to Bogotans, which in the end had ironic responses from many citizens.

The president invited her followers to take a photo of Avenida Caracas with Calle 72 before it begins its transformation, so that in 2030 they can compare the image with the new infrastructure that this point in the north of the city will have. “I invite you to take the photo of 72 today and we will meet this very day in 2030 to see that it will not be the same. It will have three levels, a green corridor and a metro line “, wrote.

The publication did not have the response that López expected. In a matter of minutes, the mayor began to receive many comments indicating that It was not a very good idea to take out the cell phone to take a photo, considering that with how shot the insecurity in the city the chances of being robbed are high.

The last week there were numerous citizen complaints about theft of all kinds of objects in Bogota, with all kinds of weapons and criminal gangs. That is why the feeling of insecurity in Bogota is the highest in a long time and that was translated into the publication that they commented to the mayor.


Here are some of those ironic messages with which Bogota citizens pointed out to the president that, today, it is not a good idea to take a cell phone out on the street to take a photo:

I don’t even take out my cell phone there, thank you…. https://t.co/EBJtUe3inT

If I take out my cell phone, it will be stolen, mayor.

I take the photo but I am not sure that in 2030 I will still have it, since the insecurity in which it has us steals even the files from the cloud. #BogotaInsegura

We will hope that when we take the photo they do not steal our cell phones ????