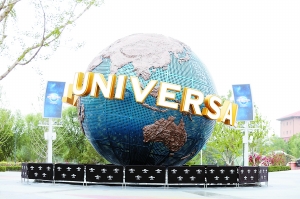 Original title: Closed beta prices provoke controversy over whether consumption on Beijing Global City Avenue is expensive or not 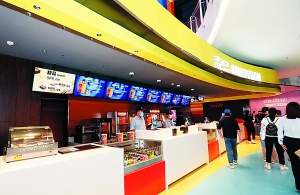 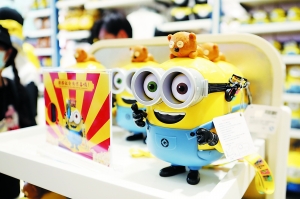 In addition, the relatively high-end catering-Kuqiao Tasty Feast Kitchen, Kuqiao Journey Burger, a thick beef patty and fried egg burger with French fries, the set price is 118 yuan, which can also satisfy an adult Full. At the same time, plus special drinks, the price can also be controlled between 160-180 yuan, if you consume 2,000 yuan, it can basically satisfy 7-8 people dining.

In addition, Beijing Global City Avenue also has a lot of food and beverages that are relatively affordable. In the neon market food court that specializes in Southeast Asian cuisine, the reporter found that a Masaman curry lamb is 68 yuan, and a tamarind curry fish steak is also 68 yuan. In addition, the price of each serving of coconut curry chicken, Thai beef noodle soup, and Thai chicken noodle soup is also maintained in the range of 48-58 yuan, and the price of Vietnam noodles is 58 yuan per bowl. A reporter from Beijing Business Daily randomly interviewed a visitor in the closed beta. The visitor said that in some Southeast Asian-style restaurants in popular business districts, the price of a bowl of Vietnamese noodles is higher than here.

From this point of view, the rumors of 2,000 yuan for a meal on Beijing’s Global City Avenue are indeed “unreliable.”

In addition to catering, many tourists are also concerned about the prices of goods sold in stores.

The reporter of Beijing Business Daily also saw that in the shops on Universal City Avenue, there are some special products for Beijing Universal Studios, for example, enamel cups with memories of “post-80s”, in addition, there are also Chinese-style enamel cups. Elements of “Kung Fu Panda”.

In addition to shops, a reporter from Beijing Commercial Daily also noticed that in the IMAX cinema on Universal City Avenue, a big bucket of popcorn and a bottle of beverage are priced at 69 yuan, and the price of smoothies ranges from 20-24 yuan. This price is comparable to other prices. There is not much difference in the price of theaters in the region.

There are many features in Universal City Avenue

It is reported that Beijing Global City Avenue has 24 stores, including 1 multi-functional cinema, 15 restaurants, 8 themed retail and service stores, and mobile kiosks for retail and catering. According to the introduction of Beijing Universal Resort, Beijing Global City Avenue offers more than 20 different delicacies, including Western-style specialty dining, Chinese classics, Southeast Asian-style cuisine, and various flavor snacks. Among them, the Forrest Gump Shrimp Restaurant made its debut in Mainland China, and the Red Furnace Pizza Bakery made its first appearance outside the United States.

It is understood that in terms of food, the five-cup gourmet brew on City Avenue combines Chinese and Western elements and five good blessings. Visitors can drink a five-cup special and taste five tastes at once; in Hong Kong-style flavors, The Yifenglou Zhenxuan shop, which inherits Hong Kong-style handmade dim sum, is also located here; at the same time, Global City Avenue also gathers a variety of Southeast Asian cuisines. In the Neon Street Food Court, a selection of recruiting food from countries such as Singapore, Malaysia, Thailand, the Philippines, Vietnam, and Indonesia is selected. At the same time, the long business hours have further enriched the evening dining consumption of tourists.

After this visit, a reporter from Beijing Business Daily confirmed that the food in Beijing’s Global City Avenue is both popular and mid-to-high-end, which can better satisfy people of different consumer classes. Especially some themed restaurants can also bring a better experience for tourists.

According to senior tourism expert Wang Xingbin, as a theme park of a well-known international brand in the future, prices including shopping and catering are also determined by the market. Whether the market can accept it in the future is also judged by its service quality. At the same time, Beijing Universal Resort should consider the spending power of different groups and make adjustments according to the needs of tourists. Both mass and high-end products should be available. As for the proportion, the market determines the key to test its ability. In addition, the future development of Universal Beijing Resort is worthy of our expectation.