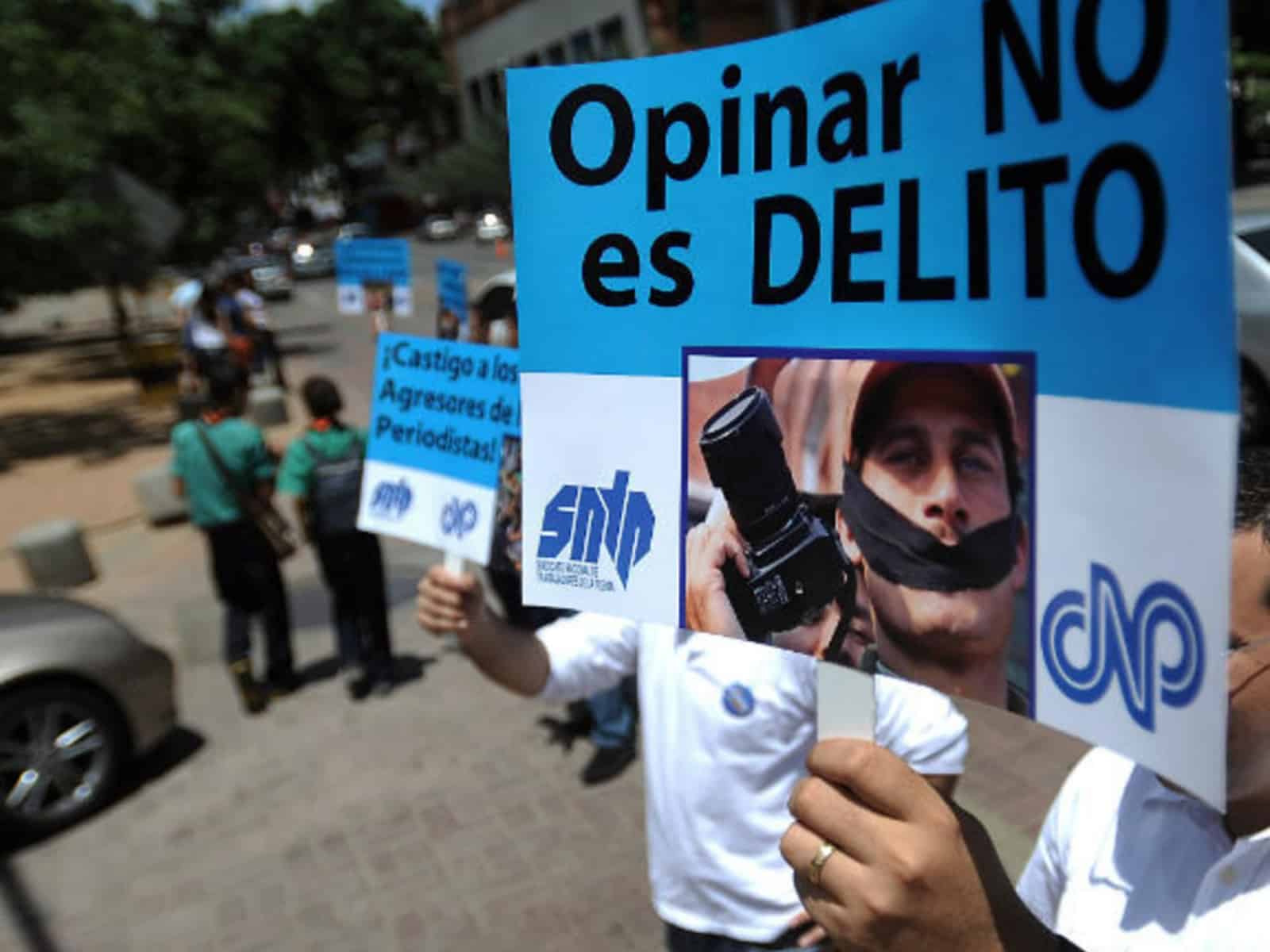 The National College of Journalists (CNE) issued a statement in which it urges the Public Ministry to “act against the illegal exercise of the profession of journalist, as it has done in others that are governed by exercise laws.”

Likewise, he urged the National Assembly, with a Chavista majority, to make public the preliminary draft reform of the Law on the Practice of Journalists, which it proposes “for deliberation and discussion by unions, academics, students, and human rights activists. ”.

The statement was signed by the LVI national secretariat of the CNP, which brought together representatives of the national board of directors, the national disciplinary court and the general secretaries of the sectionals in the states of the country.

These are the agreements signed by the union:

1️⃣ Reject any type of reform that attempts against the fundamental principles contained in the current legislation and that violates professionalization, independence and adherence to ethics journalism, as well as any attempt to alter, behind the guild’s back, the legal instruments concerning collegiality and freedom of expression.

2️⃣ Ratify the validity of the Code of Ethics of the Venezuelan Journalistreformed in the XV National Convention of 2013 and warn that no external entity to the journalistic guild has competence for its modification.

3️⃣ Urge the legislative body in functions to make the draft public for deliberation discussion by trade unions, academics, students and human rights activists, since a law of this magnitude has a transversal effect throughout Venezuelan society.

4️⃣ Invite Venezuelans not to call “journalists” those people who illegally usurp our titleeither from alternative or traditional media, or from digital platforms, but call them broadcasters or infocitizens.

5️⃣ Require the media and government or private entities to have in their structures positions with journalistic functions to adhere to current lawwhose Article 2 establishes that journalists must have a degree in Social Communication and must be registered with the National College of Journalists.

6️⃣ Make a call to Public ministry to act against the illegal exercise of the profession of journalist, as it has done in others that are governed by laws of exercise.

7️⃣ Support the statement from the National Board of Directors of the CNP of July 15 setting out its position on a possible reform of the Law of Exercise of Journalism, in Venezuela.

8️⃣ Urge all professional associations in the country, universities, unions, non-governmental organizations, students and civil society in general to join our cause in defense of the Law on the Exercise of Journalism, whose violation would put one more brick in the wall of silence and censorship that oppresses Venezuela.

9️⃣ Remind all government entities that the current law establishes that the CNP has to be consulted as a guiding entity of the communication policies of the Venezuelan State.

“After the license is mandatory”.. the audio and video allow licensing for individuals to provide advertising content.. and reveal the value and duration of the license