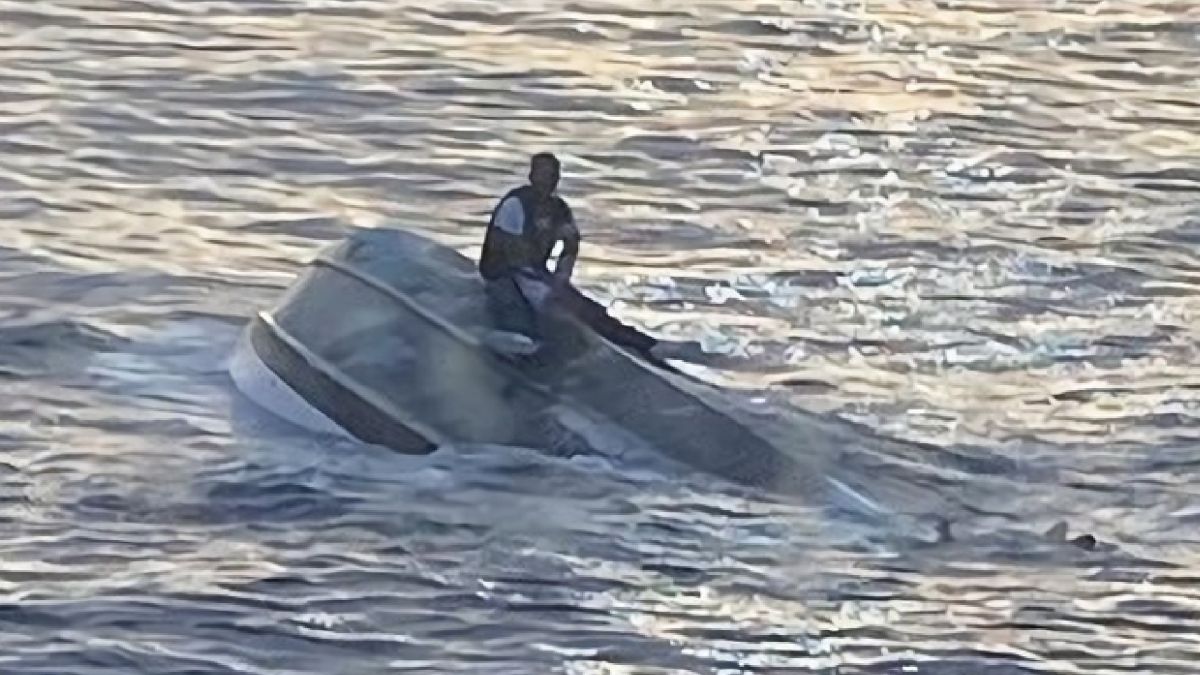 The Coast Guard installed a search operation in the waters of eastern Florida, where 39 people were reported missing after their boat capsized.

According to the Coast Guard, the boat would have been part of a people smuggling company, reported ABC7.

The agency reportedly received a report from a person who rescued a man clinging to the boat about 45 miles east of Fort Pierce Inlet.

The survivor said he left Bimini, Bahamas, on Saturday night, and that his ship encountered turbulent weather. No one was wearing a life jacket, according to the man.

Coast Guard ships and planes were searching throughout the morning, and until 4:00 p.m. m. As of Tuesday, no other survivors had been found.

So far the nationality of the only survivor is unknown, but nevertheless, since 2021 authorities have reported several groups of rafters intercepted in Bahamian waters or in its vicinity.

It is worth mentioning that the geographical position of the Bahamas, halfway between Cuba and Florida, favors many Cuban immigrants being intercepted by authorities of that country and those who avoid this obstacle continue on their way to the United States.

This news happens two weeks after the United States Coast Guard announced the rescue of 176 Haitians from a boat precarious heading towards the coast of the state of Florida.

Read more:
Florida senator slams ‘sick’ teens who stole nude photos of her after her nanny ‘raped her as a child’
Paid sick leave due to COVID is back in California
Charles Manson murder house up for sale

No president after the second round of voting