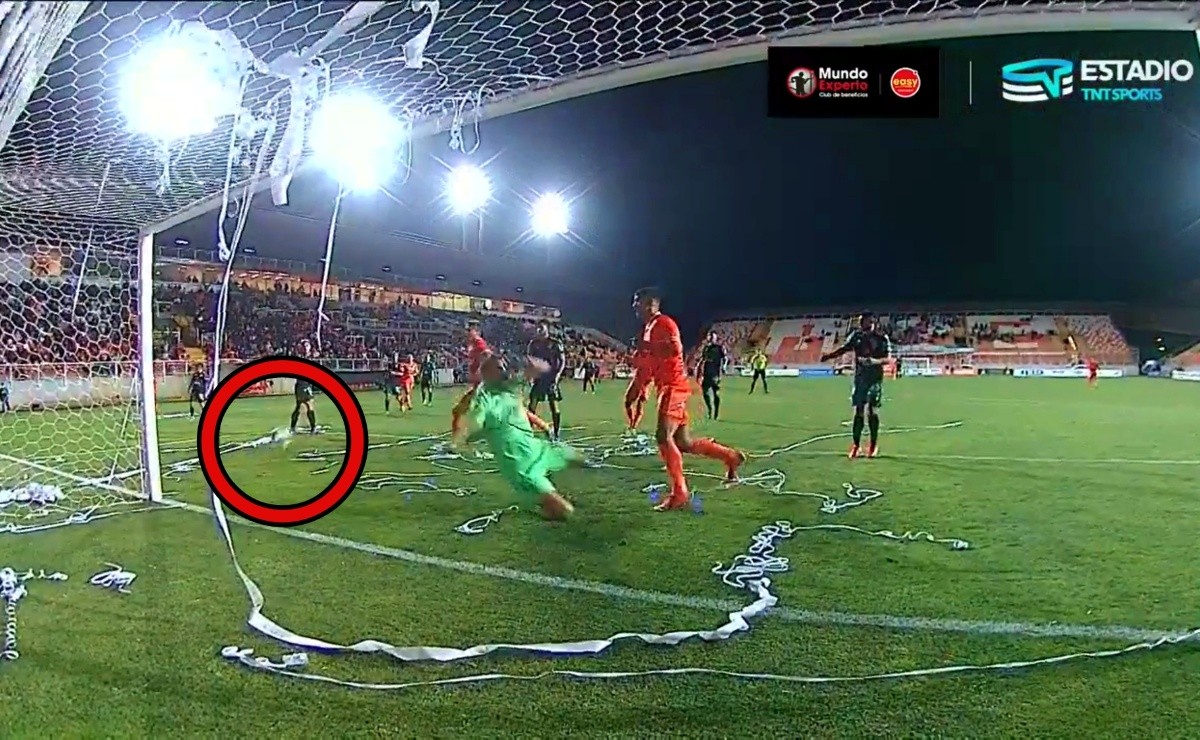 There is no doubt that the match between Cobreloa ante Santiago Wanderers by First B he was marked by the ghost goalwhich judge Patricio Blanca validated and allowed the 1-1 draw at the Zorros del Desierto stadium, in Calama.

Although the two teams were in need of points, although with different scenarios, neither knew how to take advantage, in a game that was marked by the equality of David Escalante.

A Cobreloa who was looking everywhere and a brave Santiago Wanderers, who is changing his image after the arrival of Miguel Ponce as coach.

Of course, it was the visit that opened the account in Calama, which was quite a surprise. It was in the 34th minute when Jefferson Castillo hit the goal with a free kick.

The goalkeeper from Loín, Matías Cano, tried to pocket the ball, but the ball came loose, leaving a rebound, which was used by Thomas Amilivia to celebrate the first goal of the night for the Valparaíso team.

Despite the bucket of cold water in Calama, the hugs for the locals came in the discounts of the first half, with the most controversial move of the week.

A play full of rebounds, until Jorge Espejo managed to get a low cross to find David Escalante. The attacker tried to define as it was in the small area, where the ball hit the horizontal, then the post, to bounce and go out.

All the Cobreloa players celebrated, which, helped by assistant Cristian Espíndola, validated the goal, which, as could be seen on the TNT Sports broadcast, never crossed the line.

After this, Wanderers somewhat blurred, given the greater danger plays for Cobreloa, who, injected with a win at home, continued looking for Fernando Hurtado’s goal.

Something that would not happen, despite the insistence, where they had to close the score with 1-1 equality, although this game will continue to be discussed throughout the week with the controversy of the ghost goal.

Cobreloa is in fourth place in the standings, with 21 points, 16 points behind Magallanes. While Santiago Wanderers took a small step to start at the bottom, where they are 14th with 11 units.

Cobreloa y Santiago Wanderers They live two totally different realities in the First Bbut the 14th date unites them on the field of desert foxes so that they face each other in a new day.

By shirt, both are teams that have the pressure of fighting in the upper part, but in B the history or the record is not respected much and the Caturros have felt it well. After descending in 2021, their start in the silver category has not been happy at all and they are in the 15th place with 10 points.

Michael Ponce arrived at the port to enrail the campaign of Wanderersbut in their last meeting suffered a painful 3-1 loss to Barnechea at the Elías Figueroa Brander Stadium. Now the lost points must go to look for them to the always complex Calama Desert Foxes.

Cobreloa has been in Primera B since 2015 and the fans have seen how they have fought even not to descend. This season good players arrived who are excited to return to the first division. From the hand of Matías Cano, David Escalante or Maxi Ceratoamong others, are found in the 3rd place with 20 points, even having pending matches. In his most recent presentation tied 1-1 against Unión San Felipe on a visit condition.

Day and time: When do Cobreloa vs. Wanderers play?

Television: On which channel to watch Cobreloa vs. Wanderers live on TV?

The match will be broadcast on TNT Sports 2 y TNT Sports HDon the following channels depending on your cable operator:

To watch the meeting live by streaming you can do it at Estadio TNT Sports.