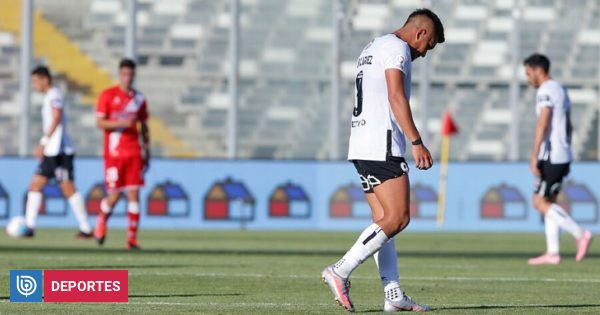 Colo Colo almost condemned: the statistic that complicates the albos in their fight not to descend

Colo Colo he lost again this week for the National Championship. This time the executioner of the albos was Curicó Unido, which took all three points from the Monumental Stadium with its 2-0 victory.

The new fall kept the ‘Cacique’ in the last place of the contest, with just 17 points, after eleven defeats, five draws and just four victories after 20 disputed dates.

The truth is that the statistics are not on the side of Gustavo Quinteros’ team. According to the site One Football, Colo Colo’s numbers point to the ‘popular’ team is practically doomed to descend to First B.

Only two teams in the history of Chilean soccer have avoided losing the honor category after adding 17 points or less after 20 days, the current scenario of the ‘Cacique’.

Santiago Morning He did it twice. He first did it in the 2000 season, when he had to row from behind and add 38 units at the end of the season.

The ‘microbuseros’ repeated it in 2010, when after a poor start to the tournament they reached 36 positives at the end of the Championship.

The second cast to accomplish the feat was Everton in 2018. Those from Viña del Mar had 14 points after 20 dates, but finished the tournament with 34.

For the same reason, in the remaining 14 dates Colo Colo should add at least half of the available points. Will the ‘Cacique’ be saved?