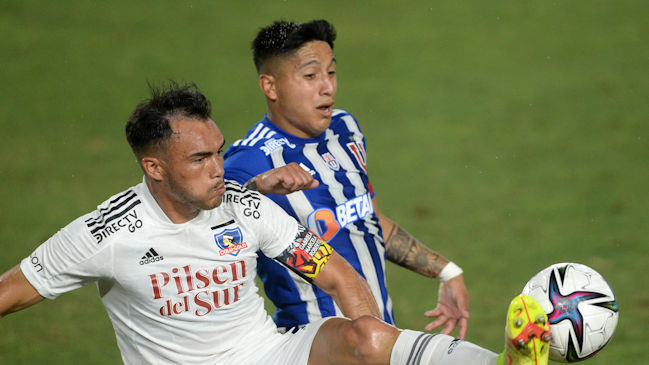 colo colo and University of Chile they meet this sunday at noon in the Superclásico number 191 by the fifth date of National Championship, a duel that, in addition to its history, brings with it the need for victory for both casts to rejoin the standings.

In the record of direct duels, the “Cacique” accumulates 39 victories of advantage above of the blues, with 87 positive results against 48 of the students and 55 ties.

Of course, for this new crossing the “Cacique” does not arrive at its best moment. In his last three games chains two draws, against La Serena and Audax Italiano, while on the last date he fell on his visit to Huachipato.

That streak has the albos in eleventh place with only five points, six from the top of the standings.

Faced with the need to add three points again, coach Gustavo Quinteros was measured. “I don’t feel any pressure if we lose the streak against the U. The most important thing is to return to the highest level of football and continue thinking that our goal is to be a champion. Football is today, it is now. We have to think that on Sunday we will have a strong opponent up front and we have to improve a lot of things from the previous games”, he declared in the days leading up to the game.

Within football, the withdrawal of Joan Cruz due to injury is confirmed, but the “Popular” recovered Esteban Pavez, his scorer John Martin Lucero who was absent in the fall against the “Steelers” due to physical problems. Oscar Opazo also appears to be from the start, who was in doubt due to some discomfort that he presented in the middle of the week.

Thus, the most likely stellar eleventh of the Macul set will be with: Brayan Cortes in the bow; Opazo, Maximiliano Falcon, Emiliano Amor and Gabriel Suazo in defence; Esteban Pavez, Cesar Fuentes and Leonardo Gil in midfield; leaving in attack Pablo Solari, Gabriel Costa and Juan Martin Lucero.

On the other side above the U, in a similar low present that has it in the tenth position of the contest with six units.

Among the main objectives of the “secular” squad is the fact of winning again in the “Ruca”, something they haven’t achieved since September 2001an extensive time in which his archrival has recurrently smiled.

As for this, it is that the left-handed Luis Felipe Gallegos mentioned that: “More than anything, what was worked on during the week is that we can go to give the bump in the Monumental, that we have the weapons and squad to play a good game. It is a Superclásico and they are totally separate games where the extra is taken from each player, knowing the importance and repercussion before and after”.

The great novelty of the team led by Santiago Escobar is the departure of Gallegos to the entry of the young Darío Osoriowhile Bastián Tapia can take the place of José María Carrasco.

With this, it is possible that those of “Sachi” come out with: Hernan Galindez in the bow; Yonathan Andía, Bastian Tapia, Ignacio Tapia and Marcelo Morales in defence; Felipe Seymour, Álvaro Brun, Junior Fernandes and Darío Osorio in midfield; Cristian Palacios and Ronnie Fernandez.

The clash between Colo Colo and Universidad de Chile It will be played this Sunday, from 12:00 p.m. of our country. You will be able to follow all the action together with the transmission of Outdoors in Cooperative and the Virtual Scoreboard of AlAireLibre.cl.