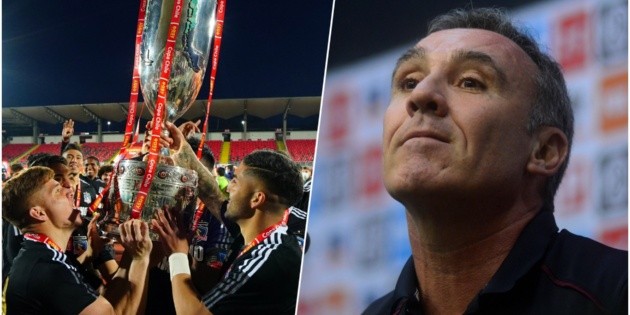 There is no doubt that the work of Marcelo Espina placeholder image as sports manager of Black and white It was not what was expected at the time. Many of his reinforcements did not work and left the ship in the midst of an anguished struggle not to descend.

NeverthelessApparently the Cabezón was satisfied with his work in the leadership of the Cacique, especially seeing the rise that the team has had from the hand of Gustavo Quinteros placeholder image, who to save the category with the albos went on to win the Chile Cup already fight for the title.

In his capacity as a commentator on ESPN, the former B & N manager stated that “I brought Falcón and Fuentes, I renewed Zaldivia, Opazo and Suazo: I brought him to Costa, I renewed Bolados; Quinteros I brought it. Silence and time will give me some reason ”.


In that sense, he openly stated that “Silence put things in their place. Colo Colo is going to be champion. I recognized that I was wrong in some things, but the planning that I tried to do, sooner or later, things were going to end up working out ”.

And to fight for the descent you will ask yourself? Well, the former manager argued that “The reason why Colo Colo lived what he did was related to unemployment insurance. I was not involved, but obviously it had an impact on sports ”.

Marcelo Espina was the sports manager of Blanco y Negro for just over two years, where only one title was counted, that of the Chile Cup 2019.

Yes, but there is a lot of tournament left