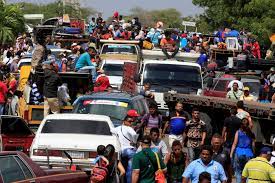 In the port city of Necocli, in Colombia, residents welcome the arrival of migrants. The city, a transit point to reach the United States via Panama by sea, was filled with thousands of migrants. Stranded here while waiting for the boats to cross, they are giving a boost to the local economy, which has been struggling since the start of the pandemic.

Some of them stay in hotels or rent rooms. But a large number of migrants arrive in the small town every day, so much so that one of the local shipping companies making the crossing can no longer keep pace.

In January, hundreds of migrants were trapped in Necocli because of the border closures caused by the pandemic. Currently, nearly 10,000 migrants are believed to be living in the port city, while waiting to be able to make the crossing.

Colombian mediator Carlos Camargo on Thursday asked the country’s authorities to implement a “Humanitarian shock plan” to help the thousands of migrants stranded at the border with Panama. Colombia is the second country hosting the most refugees said the United Nations. 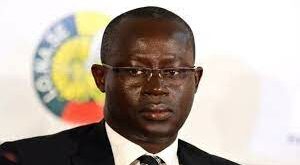 On the sidelines of the election to the presidency of the FSF, the visit of the outgoing candidate, …