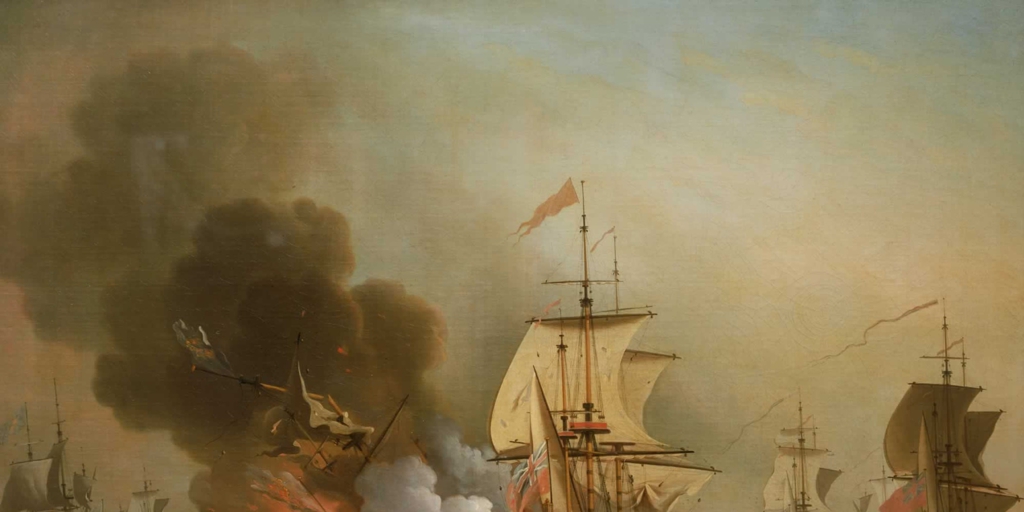 The Colombian Government has approved a decree that, according to what it says, “reaffirms the protection of submerged pieces and areas, such as the San José Galleon”, but in reality it turns its back on scientific rigor in the eventual rescue of the treasure of the Spanish ship sunk by a English fleet in 1708 in front of Cartagena de Indias with almost 200 tons of gold, silver and emeralds.

The vice president and chancellor, Marta Lucía Ramírez, pointed out in
a statement that Decree 204 of 2022, issued on February 8, “leaves a solid and incontrovertible legal framework” that will allow Colombia “to show the world the solid defense of the archaeological and cultural heritage of humanity, contained in the San José Galleon ». However, political sources confirm to ABC that the regulations have not followed the indications of the Colombian Institute of Anthropology and History (ICANH), which were much more rigorous to safeguard the heritage of the wreck, declared an Asset of Cultural Interest in 2019.

Far from turning its back on all the consequences of the Juan Manuel Santos law that allowed treasure hunting companies to be paid with part of the galleon’s content, the decree establishes some vague bases that would allow rehiring, for example, the same company MAC (Maritime Archeology Consultans), and also by direct adjudication. The lack of specificity in the certification of employees and specific control requirements leave an ambiguous door to continue with the project paused several years ago. He even maintains terms hardly tolerable by any scientific archaeologist.

The presidential decree establishes that those interested in carrying out activities of exploration, intervention and “economic exploitation” of the Submerged Cultural Heritage “with 100% private resources” must present an inventory of the assets found and “a management plan” for the conservation of the themselves. And it only states that they must “present the technical staff responsible for the project that has suitability.” What suitability, how is it defined? It does not set any archaeological criteria nor is there any reference in the decree to what type of personnel, with what qualifications and with what experience should carry out the work.

Whoever wants to rescue the remains of the San José will have to present an investigation plan that indicates the procedures to be followed and the technical equipment to be used, as well as include “a conservation program that involves all the objects found” . But bidding is no longer required between one phase and another. It will be done by direct contracting with the State.

Since its discovery in 2015, the rescue of the galleon San José has been the subject of controversy as it is a Spanish state ship that departed from the then Viceroyalty of Peru with assets from the Spanish Crown. Spain has defended the preservation of the joint historical cultural heritage that unites both countries and has offered technical cooperation for the recovery of the wreck. The galleon was about to be plundered by the British company Maritime Archeology Consultants (MAC), which included well-known treasure hunters, which was hired by the former Colombian Executive chaired by Juan Manuel Santos.

“It would have been totally irresponsible to deliver the findings found in this heritage for the profit of some antique dealers, a shame for future generations of Colombians,” said Vice President Ramírez before recalling that the Government of Iván Duque declared the galleon “as heritage archaeological, cultural and historical, with all its content and its structure, which are invaluable for what they represent for history”.

The vice president also expressed the desire of the Colombian Executive that the treasure – sunk at a depth of between 600 and 1,000 meters – be exhibited in the future “in a museum of shipwrecked species which, to be a source of pride for Colombia, the Caribbean and the world”.

However, Colombia continues to maintain the contract with the same company with which it was going to plunder the San José. Prominent specialists from both countries criticized last year that the same company contracted to extract and sell the cargo can be used when it comes to setting up a serious and scientific project. They pointed out to ABC that the compensation promised by former President Juan Manuel Santos could explain the fact that Colombia had not broken with the treasure hunters.

Top 14: nothing stops Racing 92, winner of the shock against Castres