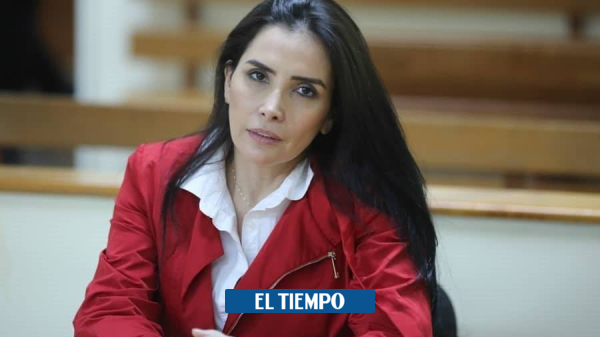 At the end of last January, the former congresswoman Aida merlano, convicted in Colombia and a fugitive from justice, was detained in Venezuelan territory. From there, Merlano made several complaints against a large part of the Colombian political class, to which he pointed out different acts of corruption. She directed her batteries against President Iván Duque himself, of whom he said that there was “vote buying to elect him” and that he was persecuting her “with the intention” of assassinating her. (They ask to hear Aída Merlano for alleged buying of votes for Duque)

Merlano’s allegations prompted investigations into some of those implicated by her, but so far there have been no firm decisions, among other things, because there is no known evidence other than their statements, which provoked the closed rejection of the majority of the political class.

The trick that virtuality played on Angélica Lozano

One of the most controversial moments of the virtual sessions of Congress happened last July and was seen in the First Committee of the Senate. In the middle of a session, the senator Angélica Lozano did not notice that her microphone It was open and he was heard saying heavy words as he spoke with Senator Alexánder López. At that time, a proposal was being discussed so that the congressmen would not be paid representation expenses because they are in virtual session. What the congresswoman said caused the laughter of several of her colleagues and that she, a few hours later, offered the respective excuses.

A meeting in which a restored CAI was delivered, after the damage suffered by some of these places last August, ended in a verbal confrontation between the senator for the María Fernanda Cabal Democratic Center and a group of citizens, which was recorded on video.

(Recommended: How can the relationship with Russia be affected after the expulsion of spies?)

In the recording it is heard that a man makes a claim and talks about the situation of some young people in the sector. At one point, the congresswoman interrupts him and says: “Are you an official of the Mayor’s Office?”, To which he replied that he was not. Immediately the shouting began between the senator and the citizens, among whom it is heard that she says: “That is not the way to thank the work”, and that some citizens respond: “Study, vaga; just as he tells all the young people in the country ”.

How did the mayors of the country fare in their first year?

61.3 percent of Colombians support Duque in handling the pandemic

The good, the bad and the ugly of the new Electoral Code