Grand Theft Auto 5 .. Learn about the features and date of the new release

Fans of the famous “GTA” game, called Grand Theft Auto, are looking for the new update of the famous fighting game, which is Grand Theft Auto 5Which will carry amazing features for players, including new cars that help them escape with high craftsmanship, in addition to new and fun visual effects, as the game is one of the most famous games in the world, since the first version was launched in 1997, until it evolved into the current version.

Al-Watan offers everything you need to know about the new version of Grand Theft Auto 5, according to the British newspaper, Express.

The Grand Theft Auto 5 update is one of the biggest patch releases of the current year of the game known as “Grand Theft Auto Online – GTA”, according to the company, “Rockstar Games”, which owns the game.

The company “Rockstar” confirmed that the update for the game Grand Theft Auto 5, known as “Los Santos Tuners”, will be available starting tomorrow, Tuesday, July 20, 2021. 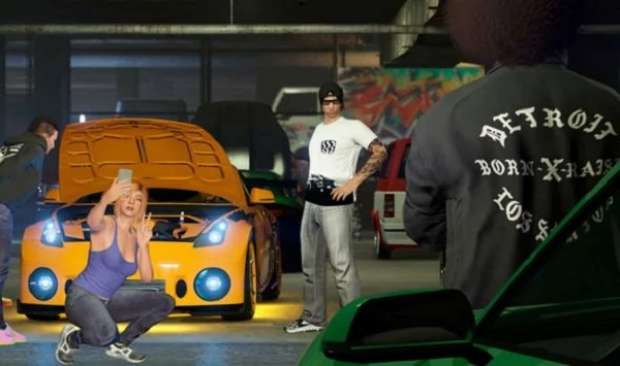 The exact date of the offering was not known, but it is expected to be at 9 am GMT (11 am Cairo time).

In order to get the “LS Car Meet” in the Grand Theft Auto 5 update, the player needs to visit a warehouse on the edge of the city in “Cypress Flats”. The car has the distinction of being one of the best racing cars in Los Santos.

Featuring the LS Car Meet, where you can race, show off customized vehicles, and link up with contacts looking for skilled drivers and a chance at easy money.https://t.co/jXJPVow1he pic.twitter.com/AX5Cc6btfu

The test track in Grand Theft Auto 5 is a large underground space inside the Car Meet warehouse, where you and your friends can drive, drift and race vehicles freely, without annoying pedestrians or law enforcement.

In the Test Track, you can participate in friendly competitions such as head-to-head where speed and accuracy will give you the edge over your best opponent in a short-form race, and dash competitions where up to four players compete to collect 20 checkpoints.

In the Grand Theft Auto 5 update, members will also get to compete in periodic prize challenges for the chance to win a special prize round and access a range of stores and special features.

Up to 30 players will share track space with you, but connectivity will be disabled during competition, and members can also go to private test tracks solo.

In the Grand Theft Auto 5 update, Los Santos Tuners introduces new races in and out of Car Meet, each with their own leaderboards.