The traditional fixed term is once again attractive after the new official inflation data was released, which indicates that a 6.3% price increase was registered throughout October. That is, a percentage similar to the interest rate of a 30-day placement. Therefore, the challenge now is know if this situation will continue in the coming months, or if the UVA fixed term will attract savers again.

For now, a traditional deposit pays an annual yield of 75% (TNA), This means that per month the investor receives 6.25%. But if he decides to stay for 12 months, and renew his placement every 30 days plus the interest earned, the rent jumps to a 107% annual effective rate (TEA). An equivalent to receiving 8.92% per month.

In this regard, if these percentages are compared with inflation, it should be taken into account that in September and October the consumer price index (CPI) was at the same level as what a traditional fixed term pays, something that discourages the UVA fixed term, because this last instrument requires having funds are deposited for a period of 90 days, to pay similar utilities.

Instead, in the “common” option only requires tying up funds for 30 days.

“The strategy adopted by the Central Bank of not increasing the minimum returns paid to time deposits during November, starts from considering some correlation between the inflation rate and the return on deposits traditionals,” he tells iProfessional andres mendezdirector of AMF Economy.

In this regard, adds the analyst, andThe UVA fixed term, which captures the evolution of internal prices with a 45-day lag, “constitutes a parameter according to the moment of decision-making by depositors.”

According to projections, both the traditional fixed term and the UVA fixed term will be providing similar returns in the coming months.

Traditional fixed term vs. UVA fixed term: which one will win?

Now, with the current scenario of inflation at a floor of 6% per month, the question that arises among savers is whether it is better a traditional fixed term or a UVA fixed term.

According to the projections of price increases in the economy made by analysts surveyed by the Central Bank in the Survey of Market Expectations (REM), the UVA placements would provide a return of 6.55% in November, while the traditional ones will provide 6.2%.

Instead, for December both returns would be equated, since the UVA would be offering 6.5% and the traditional 6.4%. And, finally, in January, both fixed terms could match the rent offered.

“The fixed term UVA will be the winner by a few tenths in November, but the comparison will acquire greater parity in December and January next, periods in which the yields of the traditional fixed term will rise due to a calendar issue, since both months have one more day than November. But they will become unbalanced in February, precisely because it has three fewer days,” Méndez details.

And he concludes: “Everything indicates that the outlook is relatively calm and there will be a small grape supremacy against the performance of Fixed deadlines fixed rate retailers.

Challenge for the fixed term

In summary, it is noted that both placements are moving within a framework of significant parity: the UVA fixed term will yield somewhat higher yields, but the traditional fixed term has a shorter placement time, “something that is decisive for the idiosyncrasies of Argentines,” Mendez sentence. 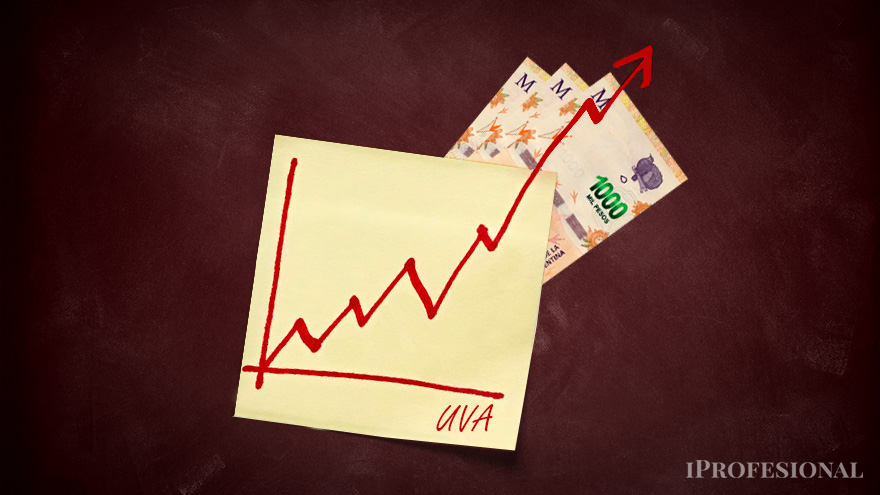 The UVA fixed term, which pays an income based on inflation, is located at levels similar to the rate offered by the traditional fixed term.

That is, this analyst considers that it is warned a transfer of savers from the UVA fixed term to the traditional one, something that reflects that, despite the slightly lower performance it presents, depositors prefer an “instrument with faster output”.

Something that the UVA fixed term also allows to do in case of establishing the pre-cancel optionbut the rate offered for “escape” before 90 days is lower than that granted by the traditional variant, since it barely pays 71% per year.

“In turn, the transactional deposits tend to migrate to fixed terms as a way to minimize the inflationary impact on those more liquid holdings. At this point, once again the fixed term at a fixed rate takes advantage of the UVA, precisely because of its shorter immobility time”, Suma Méndez.

At the same time, some experts consider that the pricing for basic necessities, promoted by the Government, during a period of 120 days, may slow down the growth of the national CPI, whose evolution captures the UVA fixed term.

If this hypothesis is verified, the traditional fixed term with its current level of performance may be able to get even closer to the retribution of the one that is expressed in UVA. Even, if the pricing and expectations strategy is successful, it could exceed it,” concludes Méndez.-

The iPhone 15 will not be as everyone expects