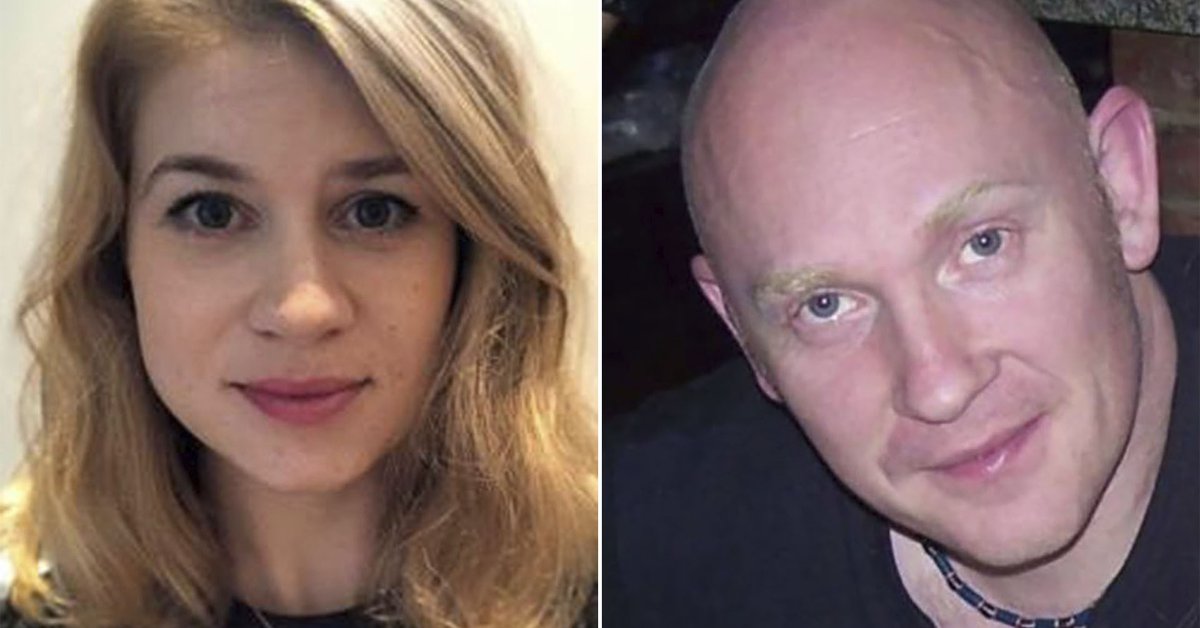 Sarah Everard and the cop who killed her, Wayne Couzens

The case of Sara Everard, the woman who was killed by a police officer in the UK who arrested her for violating a false quarantine rule, then raped and killed her, has England in shock as more terrifying details emerge.

At the last court hearing it was learned, for example, that Sarah was handcuffed by her murderer, who intended to arrest her for allegedly violating anti-COVID regulations.

Met Police Officer Wayne Couzens was responsible for the kidnapping and murder of the 33-year-old woman he detained when he was walking home from a friend’s house on March 3.

Couzens showed his authorization card before immobilizing 33-year-old Everard, putting her in his rental car and driving off.

Flowers and drawings in tribute to the young Sarah Everard, found dead after disappearing last March when she was returning home to south London (Photo: EFE)

His sentencing hearing in Old Bailey court was told that his ordeal could be summed up as “Deception, kidnapping, rape, strangulation, fire.”

The 48-year-old had worked on COVID patrols in January, so he would have known the appropriate formal terms regarding possible infractions. The entire kidnapping lasted less than five minutes.

Everard was handcuffed at 9:34 p.m. and four minutes later she was taken to Dover, where Couzens transferred her to his own car.

Couzens then drove to a remote rural area that he knew well, where he raped Everard. The sexual predator had disconnected from a 12-hour shift that morning.

Prosecutor Tom Little said Couzens must have taken Everard’s cell phone and having removed the SIM card, which he tried to destroy.

Everard was described in court by a longtime ex-boyfriend as “Extremely clever, clever and cunning” and “not a naive person.”

I couldn’t imagine her getting into a car with someone she didn’t know “Unless it was done by force or manipulation”, dijo Little.

The kidnapping was witnessed by a couple traveling in a car, but “They assumed Everard must have done something wrong”they told the court.

Little said they believed they were witnessing an undercover police officer arresting a woman.

The exact time Sarah was killed could not be determined, though she was dead, strangled with the Couzens police belt, around 02:30 am on March 4, when he stopped for a snack at a gas station.

A week after her disappearance, Sarah’s body was found in a stream in a forest in Ashford, Kent (England) a few meters from a piece of land owned by Couzens.

The policeman was separated from the force in July, after the case achieved national notoriety, provoking waves of protests of women in various places in the UK. That same month, Couzens pleaded guilty.

According to what has transpired in local media, the judge of the case will consider the possibility of issuing a life sentence against former police officer.

With a party at a disco, friends fired a young man who ended up dead when he tried to rob a bank in Cali
Chaos continues over UK fuel crisis: more fights at gas stations and affected utilities
UK reaches tax deal with Essar refinery amid fuel panic