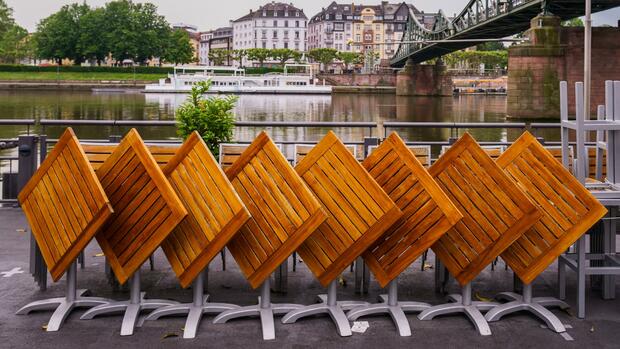 The Ministry of Economic Affairs is now talking about the bridging aid III Plus, which will run until 30.9. running. “In addition, incentives are created to ensure that companies reopen quickly,” it said in government circles. “For example, companies should receive personnel cost support if they take employees out of short-time work benefits earlier or hire new employees.”

In addition, the self-employed should receive additional help. “So far, the federal government has paid solo self-employed people in all branches and branches of the economy who have high losses in sales but hardly any fixed costs – for example artists, city guides and language teachers – up to 7500 euros as a restart aid.” This is paid in addition to other services. “This sum will be increased. In future, self-employed individuals can receive up to 12,000 euros for the first three quarters of the year. ”

At the beginning of April, Federal Minister of Economics Peter Altmaier (CDU) spoke out in favor of extending Bridging Aid III for companies until the end of the year. Even if the lockdown came to an end, it would take a few months for economic life to normalize, he said at the time. Finance Minister Olaf Scholz (SPD) had signaled willingness to extend the aid. Business associations had also advocated it.

With an extension of the aid until the end of the year, Altmaier could not prevail, also because the economy has picked up momentum in recent weeks. The background to the agreement on bridging aid is also that easier access to short-time working allowance is to be extended until the end of September.

Federal Labor Minister Hubertus Heil (SPD) will present a corresponding ordinance to the Federal Cabinet this Wednesday. It is about “stabilizing employment relationships beyond June 30, 2021 and thereby avoiding unemployment and, if possible, bankruptcies as far as possible”.

Specifically, the rules deal with social security contributions for lost working hours in the case of short-time work. So far, 100 percent of these have been taken over by the state until June 30th. The regulation is now to apply until the end of September. In addition, it should still be sufficient for the registration of short-time work if at least ten percent of the employees are affected and not a third, as is otherwise specified.

With Bridging Aid III, companies and self-employed persons receive grants for fixed operational costs – such as rents and leases, interest expenses for loans, expenses for electricity and insurance. The prerequisite is a corona-related drop in sales of at least 30 percent. The comparison value is usually the respective month in 2019.

In April, the federal government also decided on an equity grant for companies that have suffered a drop in sales of more than 50 percent in at least three months since November 2020.

The extension of bridging aid III comes at a time when, in view of falling corona numbers and advances in vaccination, there is increasing relaxation in economic life, for example in restaurants and hotels.

Altmaier had only recently been more confident about the development of the economy in Germany. He now expects economic growth of up to four percent this year. The Minister of Economic Affairs said that Germany weathered the recession better than many expected.

The government had previously expected the gross domestic product to rise by 3.5 percent. However, supply bottlenecks and scarce raw materials are currently having a negative impact on many companies. Last year, economic output in Germany slumped by 4.9 percent as a result of the corona crisis.

As the Ministry of Economic Affairs announced on Tuesday, a total of more than 105 billion euros in aid for the economy has been approved since the beginning of the corona crisis, plus short-time working benefits of around 32.3 billion euros. An essential instrument of the state in addition to the bridging aid are loans to companies via the state development bank KfW. The aim of politics is to cushion the consequences of the crisis for jobs and companies.

More: Shortage of skilled workers and tight budgets: The difficult restart in the hospitality industry