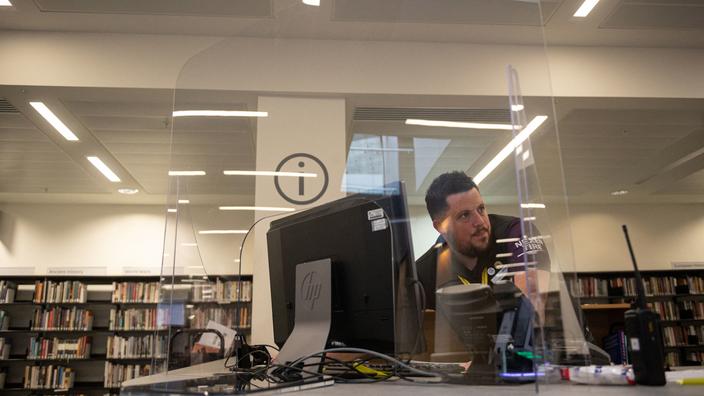 From Monday, August 30, library officers will be required to present a health pass under penalty of suspension. In Paris, Toulouse, Lyon or even Grenoble, several establishments have gone on strike to oppose the device.

One month and nine days after the entry into force of the health pass for library users, a new deadline is fast approaching. This time, it is the agents of the establishments who will be required to present a health pass, from this Monday, August 30. The implementation of the law comes in an already tense context. In Paris, Lyon, Toulouse or Grenoble, library staff are on strike to oppose the device. The movement has been gaining momentum since July 21, the date of the establishment of the health pass for users.

Read alsoAt the Louvre, at the library or at Mont-Saint-Michel, the health pass is essential year after year.

From Monday, library officers will be required to present a complete vaccination schedule, a negative antigen or PCR test of at least 72 hours or a certificate of recovery from Covid-19, dated at least 11 days and less than 6 month. The measure does not apply to university and research libraries.

«We have a lot of questions about user and agent pass control. Who is going to be checked? Who will carry out the control? What consequences will it have if there is no pass, and for the serve?», Was alarmed Fabrice Rastoul union delegate to the CGT of Toulouse in the columns of The Dispatch. In the pink city, the four open media libraries – including the Grand M media library – went on strike last week to protest against a device deemed discriminatory in a place of culture open to all.

Asked by the Figaro, Jean-Luc Moudenc the LR mayor of Toulouse recalled: “I maintain my position, we will obey the law“. But concerning the concrete implementation of the measure, the elected official remained rather evasive, evoking discussions underway within the library management of the town hall of Toulouse. “I contacted the prefecture this week, we hope to be fixed quickly by the start of the school year.“, he added.

On the side of the capital, the situation also seems a little blurry. Contacted, the mayor of Paris declined to comment and said to wait for instructions from the government. As in Toulouse, more than ten libraries have already closed their doors, like the Françoise Sagan media library (10th arrondissement) or the Yourcenar media library (15th arrondissement). The movement does not weaken. Thursday, July 29, the inter-union of the direction of cultural affairs of Paris (PACS-DAC) had called a strike.

The PACS-DAC had already sounded the alarm bells earlier this month. “THEhe City of Paris will now find itself at the foot of the wall after the validation of the Constitutional Council of the procedure for the suspension of the employment contract without remuneration, for the employees concerned by the obligation of health pass. What will mean for the agents who will not be vaccinated, a disciplinary procedure!“, The union alarmed.

The uncertainty and anger of librarians do not seem to be abating. This Thursday the Intersyndicale des Libraries de Lyon opposed the health pass and called for a strike, joining the ranks of establishments in Rennes, Brest, Grenoble and even La Rochelle. The entry into force of the pass for many categories of civil servants could rekindle tensions.