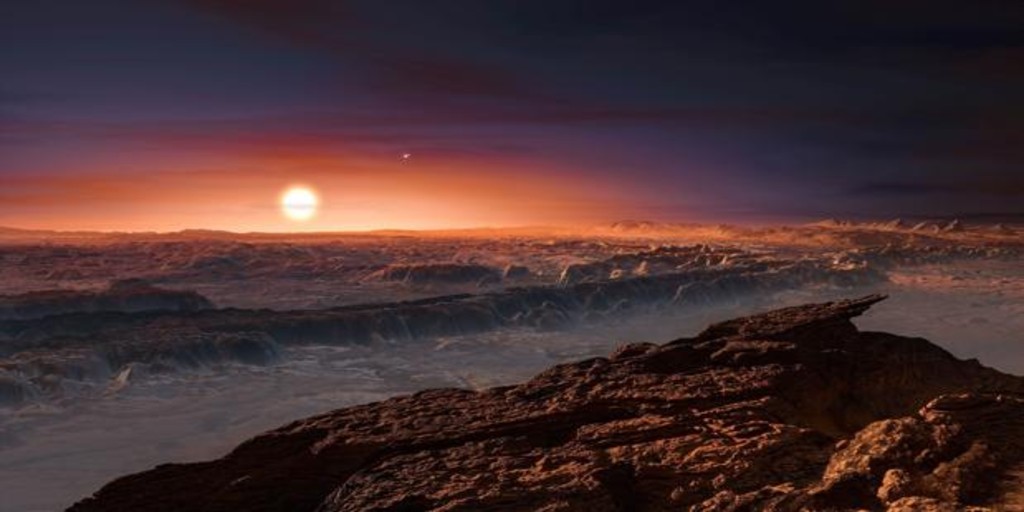 In 2016, the team of the Spanish Guillem Anglada-Escudé discovered that there is an Earth-like planet in the closest star to the Sun. That discovery raised an intriguing question: Could it be that there is a habitable world around the corner, in astronomical terms? Calculations showed that this exoplanet, named Proxima b, has a mass 1.27 times greater than the mass of Earth. It was also found out that it is a rocky world that spins very close to its star, Proxima Centauri, a very dim red dwarf located 4.22 light years away.

The question of whether Proxima b is habitable or not has still been answered, but this week a group of researchers from the University of Geneva (Switzerland), among others, confirmed the finding of Guillem Anglada-Escudé with much greater precision. His research is the result of one of the first observations of ESPRESSO (“Echelle SPectrograph for Rocky Exoplanets and Stable Spectroscopic Observations”), a new instrument mounted at the VLT (“Very Large Telescope”), at the facilities of the European Southern Observatory ( ESO), in Chile. Their conclusions have been published in “Astronomy & Astrophysics”.

“The result they present is not new but it is important,” Ignasi Ribas, a researcher at the Institute of Space Sciences (ICE-CSIC), who was not involved in the study, explained to ABC. “This is the independent confirmation of the Proxima b finding four years ago. It has been done using a much more powerful instrument than the one used by Guillem Anglada-Escudé in 2016, called HARPS, and the new results are perfectly consistent. ”

A solar system in Proxima Centauri?
Astronomers, led by Alejandro Suárez Mascareña, have concluded that Proxima b has at least 1.17 land masses. They have confirmed that it is within the habitable zone of its star, which means that it can have liquid water on the surface because it is neither very far nor very close to it, in relation to the radiation it emits. Specifically, Proxima b is seven times closer to its star than Mercury from the Sun, and takes just 11.2 days to complete one turn of the star.

In addition to confirming its mass, astronomers have detected a distortion that makes them suspect that Proxima b could have a companion, in an orbit closer to the star, although they have not been able to assure it: “If the signal has a planetary origin,” he explained. in a statement Francesco Pepe, researcher at the University of Geneva and co-author of the work – this planet accompanying Proxima b would have less than a third of the mass of the Earth – that is to say, it would be a little more massive than Titan– ”.

That is, even in the nearest star there could be a full-fledged solar system. “These stars so small and cold that they tend to have numerous planetary systems,” said Ignasi Ribas. Perhaps Proxima Centauri is no exception. In addition, some time ago other authors proposed the existence of another long-term planet in the system. It’s exciting that our neighboring star could have such a rich planetary system! ”

“It’s exciting that our neighboring star could have such a rich planetary system!”

When the stars nod
Today, the vast majority of exoplanets have been discovered by the transit method. Transits are the small eclipses that occur when planets “cast a shadow” as they pass in front of their suns, causing tiny drops in the brightness of stars that can be detected by instruments. In addition, the level of brightness drop and the frequency with which it repeats allows us to estimate the size of the planets and the duration of their years, respectively.

But apart from that, exoplanets can be detected using radial velocity. Basically, astronomers measure the pitch that occurs in stars when one or more planets rotate around them. It happens because both the stars and the planets move around a center of mass, and it has the advantage that from Earth it is possible to measure how the star approaches or moves away in relation to us, which ends up allowing us to deduce what exoplanets are like from the surroundings. And it is here that the ESPRESSO instrument has achieved unprecedented precision.

“When Proxima b was discovered, using the radial velocity method, its mass was measured with an error of close to 20%,” Enric Pallé, co-author of the work and researcher at the Canary Islands Institute of Astrophysics, explained to ABC. ). “The study has been repeated here, with the same techniques, but managing to measure the mass of the planet with an error below 10%.”

The most relevant aspect of this work is precisely to confirm that ESPRESSO has this capacity, which “will allow the discovery of many small planets, the refining of the masses of many other planets and the investigation of atmospheres of gaseous giants,” said Enric Pallé.

Can there be life in Proxima b?
However, until the next giant telescopes, such as the ELT or TMT, or the WFIRST space observatory, will not be able to study the atmosphere of planets as small as Proxima b. But would it really be possible to find traces of life there?

“It is very difficult for any planet around an M star – a red dwarf, smaller and less bright than the Sun – to have life on its surface,” explained Enric Pallé. “Those planets theoretically have a temperature that allows liquid water to exist, but for much of their evolutionary history they have been undergoing processes that have likely volatilized any atmosphere that might exist.”

Fundamentally, during their youth, red dwarfs are much brighter and scorch nearby planets. “That stellar activity involves flares and many emissions in ultraviolet and X-rays, which is also greater in the youth of the star, but which is maintained throughout all stellar life. What does not happen in more massive stars like the Sun », Pallé has listed.

But not all is lost. It has yet to be verified that indeed the planets around these stars do not harbor atmospheres compatible with the presence of life and it is quite possible that some surprises will be found. “Indeed, Proxima b receives (and has received) a dose of high-energy radiation much higher than that of Earth,” said Ignasi Ribas. «From a geocentric view, this could seem to leave his possible habitability touched by death. But truth be told, we know so little about how life works and under what conditions it is created and destroyed that it is too early to make categorical claims. All that remains is to explore a fascinating neighborhood filled with solar systems even on the star closest to the Sun.