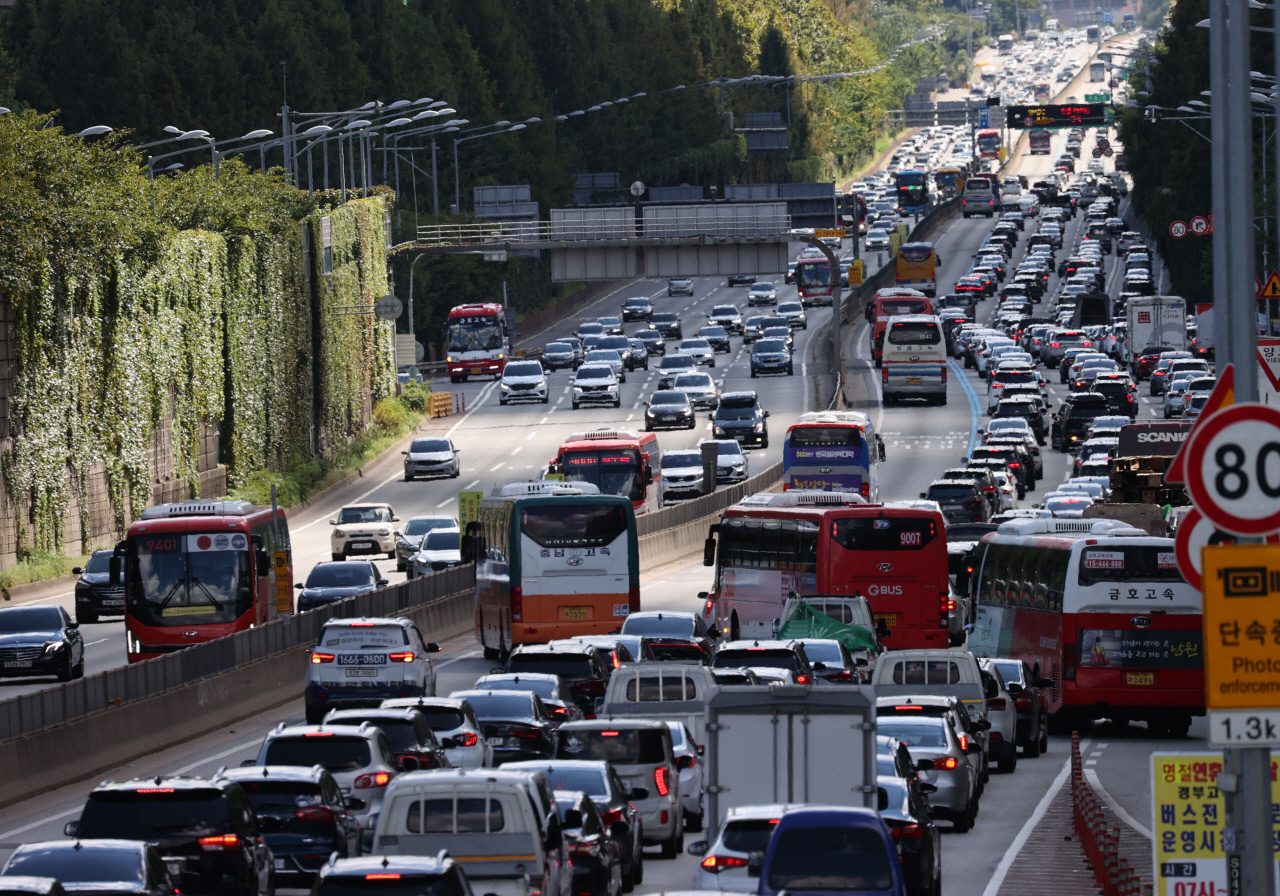 On the afternoon of the 18th, when the Chuseok holiday began, Jamwon IC in Seocho-gu, Seoul was congested with vehicles returning home. yunhap news

On the 18th, the first day of the Chuseok holiday, congestion on the highway continued even after the sun went down.