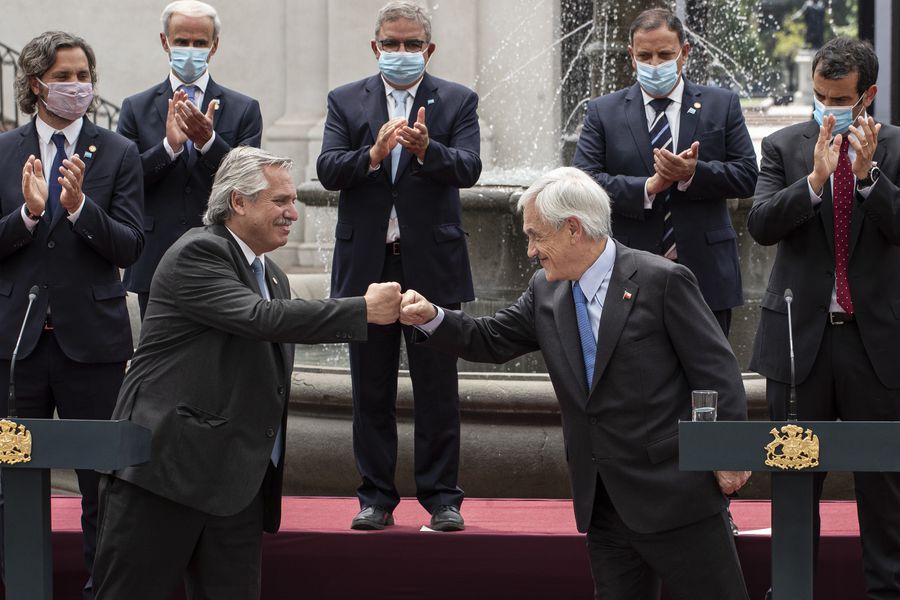 In these times of unprecedented challenges that we face as a result of the Covid-19 pandemic, the region has another opportunity to understand the vital need to create new shared horizons.

“Nobody is saved alone”, the teaching that Pope Francis gave, and that the President of Argentina, Alberto Fernández repeats, is not an empty slogan, but an approach that in our country we specify day by day with public policies, and that we bet to share with the rest of the nations of Latin America.

An example of this is the recent strategic agreement that the President of Chile, Sebastián Piñera, and the President of Argentina, Alberto Fernández, signed to enhance regional connectivity through the construction of the submarine cable -Puerta Digital Asia-Sudamérica-, which will serve to connect the Southern Cone with the Asian continent.

The construction of this digital link – which will be carried out by Arsat (Empresa Argentina de Soluciones Satelitales Sociedad Anónima) – will allow Chile and Argentina to advance decisively in an agenda of digital integration and telecommunications, but, in addition, it will serve to drive traffic of internet from and to Brazil -main market in this matter-, as well as from Uruguay, Paraguay and Bolivia to Oceania and Asia. A true commitment to technological and communicational sovereignty, and a vital space for our region if we intend to develop autonomously and virtuously.

This important agreement was reached after a semester of negotiations between the Chief of Cabinet of Ministers of Argentina, through the Secretariat of Public Innovation, the Subsecretariat of Information and Communication Technologies, and Arsat, on the Argentine side, and members of the Undersecretariat of Telecommunications (Subtel), the Chilean Foreign Ministry and the Infrastructure Fund “Desarrollo País”, on behalf of Chile. An agreement that will involve an investment of 452 million dollars, and that will be financed between investors and through international credits.

We can rightly say that it is not an isolated case, despite its enormous magnitude. This agreement between two sister countries responds to a logic of joint work that we have maintained since the beginning of our government administration. The elimination of roaming charges between the two countries, which began on August 29, 2020, and which allows Argentine citizens to decide to cross into Chile and Chilean men and women who come to Argentina to use the services mobile phones without paying an additional charge, is another clear example of this work logic.

In sum, Argentina and Chile are taking concrete steps to renew regional integration, and they are doing so with a view to the future, betting on connectivity and technological sovereignty. As our President, Alberto Fernández, points out, the objective is to design a strategy to link Mercosur with the world through “an agenda that promotes a deeper and more innovative integration.”

* Santiago Cafiero is head of the Cabinet of Ministers of the Government of Argentina.