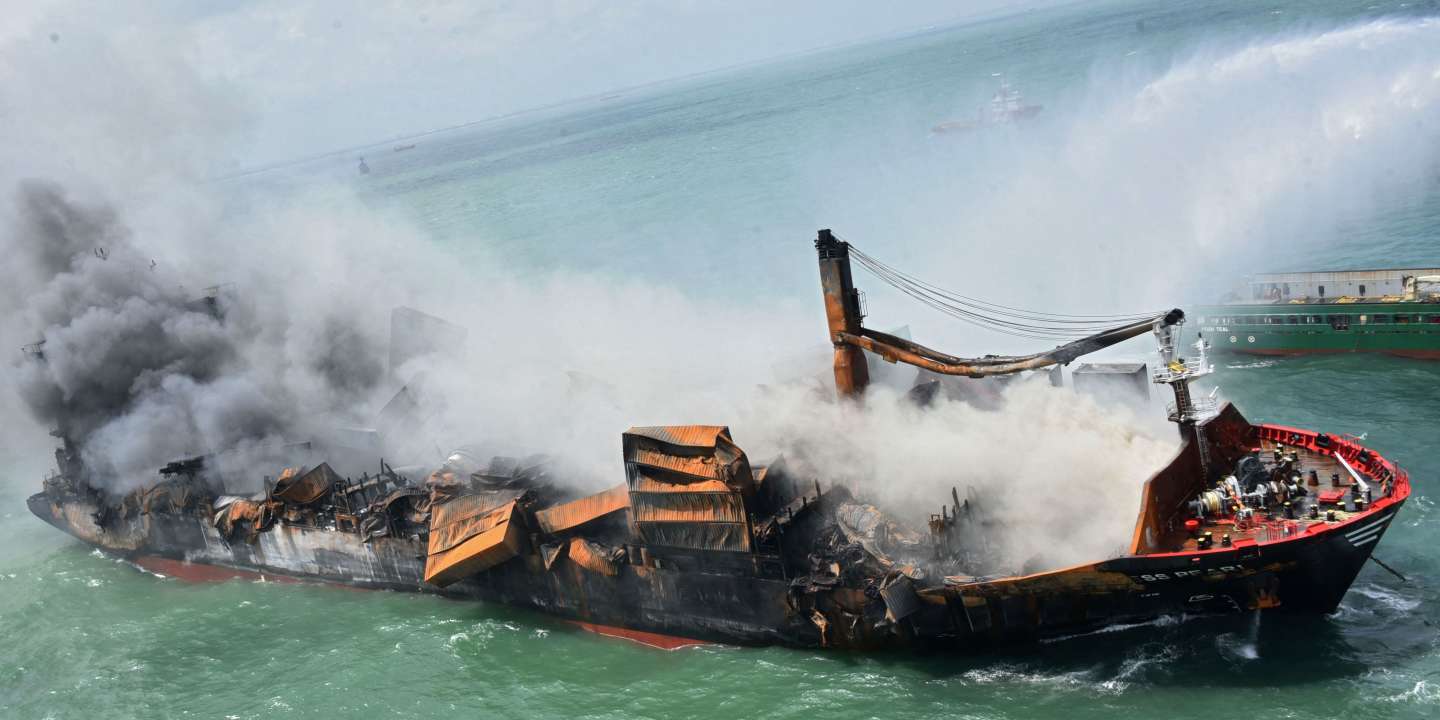 An investigation was launched by Sri Lanka, Sunday, May 30, into the fire of a container ship off its coast, whose cargo of tons of plastic was washed up on its coast, facing the ‘Indian Ocean. The Sri Lanka Marine Environment Protection Authority (MEPA) said it was likely to be “The worst pollution of beaches” Of the history of the country, and warned that repairing the ecological damage would undoubtedly take years.

The authorities and the operator of MV X-Press Pearl, registered in Singapore, indicated that the fire continued, eleven days after the first flames, but that it was under control. Boat owner X-Press Feeders says the boat’s hull is intact and its fuel tanks are unaffected. The dumping into the ocean of the 278 tonnes of bunker fuel and the 50 tonnes of marine diesel it carries, in addition to the fuel in its tank, would have caused an environmental disaster.

The ship was heading from Gujarat, India, to Colombo, the economic capital of Sri Lanka. The fire started 14 kilometers from the coast. Authorities last week said they believed the blaze was caused by a nitric acid leak, which the crew had been aware of since May 11.

The twenty-five crew members, who have already been evacuated, will be questioned Monday as part of an investigation after a complaint from the MEPA, police said. “The captain and the crew are in quarantine, but the health authorities have told us that we can question them tomorrow”police spokesman Ajith Rohana told AFP. “We sent samples of polluted seawater and burnt debris from the boat for analysis. “

Most of the cargo, which includes 25 tons of nitric acid, caustic soda, lubricants and other chemicals, appears to have been destroyed by the flames, authorities said. The containers that fell into the water, including millions of polyethylene granules intended for the packaging industry, spilled on Sri Lankan beaches.