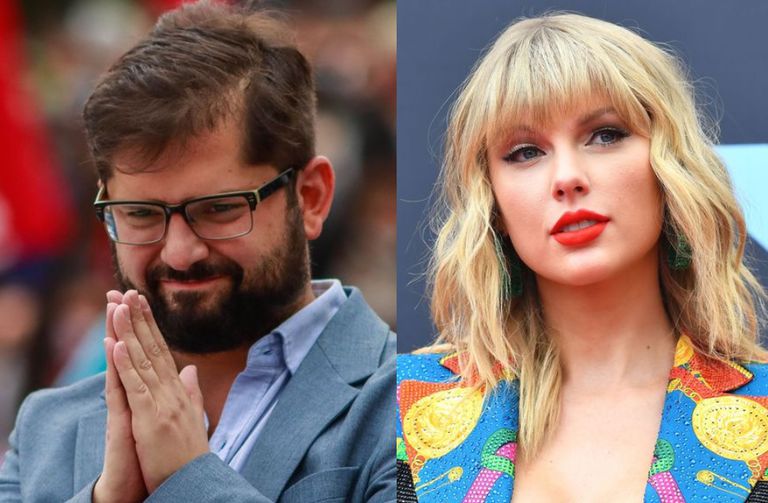 The elected president of Chile, Gabriel Boric, He got into a debate this Monday that began on Twitter and that has the pop singer as protagonists Taylor Swift and the leader of Blur and Gorillaz, Damon Albarn. The latter assured during an interview with Los Angeles Times that the singer does not write her own songs.

After knowing the sayings of the British, The American star responded to him through a Twitter message: “I was a big fan of yours until I saw this. I write all my songs. Your spicy opinion is completely false and so harmful. You don’t have to like my songs, but it’s really fucked up trying to discredit my lyrics.”

He even left him a postscript in the form of a Chicana: “I wrote this tweet by myself, in case you’re wondering.”

After Swift’s reaction, who wanted to refer to the subject and came out to defend her was the future ruler of Chile, who used his Twitter account to support the artist.

“Here in Chile you have a large group of followers who know that you write your own songs from the heart”, Boric wrote, in English. He added: “Don’t take seriously guys who need to swear or lie to get attention. Hugs from the south, Taylor”.

After the controversy, Albarn apologized to Swift for what was said, through a response on that same social network: “I totally agree with you. I had a conversation about songwriting and sadly it came down to clickbait. I apologize unreservedly and unconditionally. The last thing I would want to do is discredit your compositions. I hope you understand”. At the moment, the pop singer did not echo the message.

Meanwhile Boric, who will assume the presidency in March, will arrive at La Moneda accompanied by a cabinet that promises to be the most diverse that was seen in that country: it will have more women than men and half of its members are trained in public education.