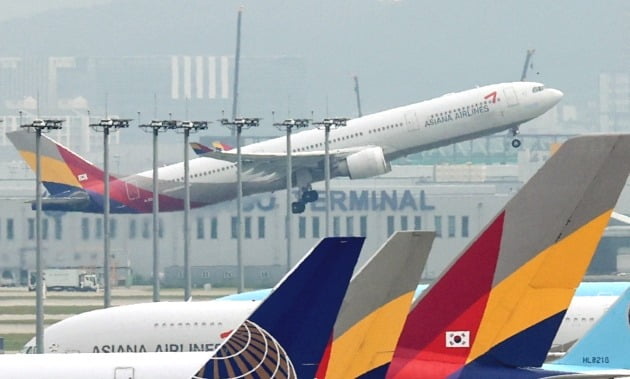 When the management of Kumho Asiana Group signed an in-flight meal supply contract, it was revealed that the contract partner Gate Gourmet Group guaranteed profits for 30 years. With such a contract, Korean Air, which is in the process of acquiring Asiana Airlines, is expected to incur losses of hundreds of billions of won.

According to the Korea Economic Daily Market Insight coverage on the 12th, executives including Park Sam-koo, former chairman of Kumho Asiana Group, signed an in-flight meal supply contract with Asiana Airlines in 2016, and agreed that Asiana Airlines would guarantee net profit to Gate Gourmet Group for 30 years until 2047. did.

This information came to the surface when Gate Gourmet applied for international arbitration with the International Commercial Arbitration Commission (ICC) of Singapore to pay the guaranteed profits against Asiana Airlines. The ICC accepted Gate Gourmet’s claim and recently decided that Asiana Airlines should pay 42.4 billion won, the difference between the guaranteed amount and the amount paid for the first two years of the contract, to Gate Gourmet Korea, a joint venture between the two companies. The prosecution stated this fact in the indictment and said, “Asiana Airlines will have to pay at least 370 billion won in damages over 30 years.”

In a trial related to Park’s breach of trust held at the Seoul Central District Court on the same day, it was also confirmed that the management of Kumho Asiana Group did not inform the management of Asiana Airlines of the terms of the contract. Cho Hong-sang, an advisor to Spring Partners, who came out as a witness, testified, “We have never reported the contents of the in-flight meal contract to the representative of Asiana Airlines.”

In the meantime, Kumho Asiana Group has been suspected of signing an in-flight meal supply contract with Gate Gourmet on the condition that it acquires 160 billion won worth of 20-year, no-interest bonds with warrants issued by Kumho Holdings (now Kumho Express) in 2016.

Losses that Asiana Airlines has to bear for the next 30 years can also be transferred to Korean Air, the merged entity. The legal circles do not believe that this ruling cannot be a reason for canceling the M&A contract, as the arbitration litigation took place before the conclusion of the merger agreement between Korean Air and Asiana Airlines.

Such a contract began in 2015 with former Kumho Asiana Group Chairman Park Sam-koo’s plan to rebuild the Kumho Group. The group’s management made a plan to buy back the shares of Kumho Industrial, the largest shareholder of Asiana Airlines, in order to regain control lost during the workout. In the process, Asiana Airlines’ in-flight catering business emerged as a source of funding.

In 2016, about two years before the end of the contract with Asiana Airlines (LSGK), the Kumho Group proposed a transaction that would provide in-flight meal supply rights to in-flight meal service providers, including LSGK, if they provided funds to Kumho Holdings (now Kumho Express). did. Gate Gourmet responded to this proposal, and in February 2016, the two companies signed a contract to acquire 160 billion won interest-free 20-year bonds with warrants issued by Kumho Holdings by Gate Gourmet. Accordingly, the two companies established a joint venture, Gate Gourmet Korea (GGK) in June. Kumho Group management decided to guarantee a definite profit in the process of supplying in-flight meals in exchange for the BW acquisition contract.