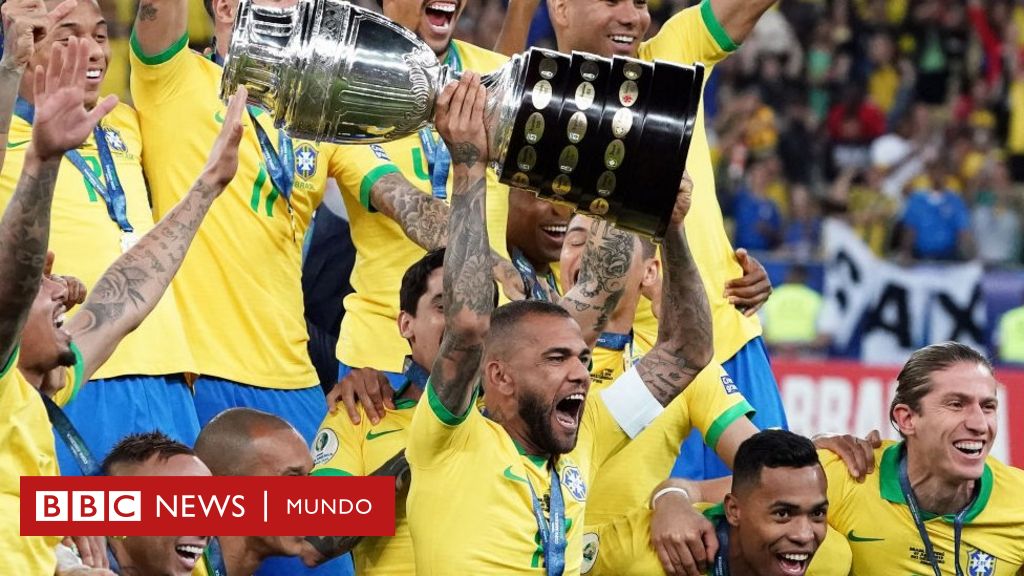 Conmebol designated Brazil this Monday as the venue for the Copa América football match after weeks of uncertainty in which the organization of the tournament was withdrawn from Colombia and Argentina, the initial hosts of the competition.

“CONMEBOL @CopaAmerica 2021 will be played in Brazil! The start and end dates of the tournament are confirmed. The venues and fixture will be informed by CONMEBOL in the next few hours,” said the governing body of South American football in its account of Twitter

“CONMEBOL thanks the President @jairbolsonaro and his team, as well as the Brazilian Football Confederation @CBF_Futebol for opening the doors of that country to what is today the safest sporting event in the world,” he added.

The most important national team competition on the continent was going to be held for the first time in two venues, Argentina and Colombia, but the wave of coronavirus infections ruled out Argentina, just as it happened days ago with Colombia due to the social protests that the country for more than a month.

The tournament dispute dates remain as scheduled, between June 13 and the 10 of July.

The choice of Brazil raises doubts because, like Argentina now, the pandemic is not under control. According to Reuters, Brazil registers 204 infections per 100,000 while its neighbor to the south has 484 per 100,000.

With more than 460,000 deaths and 16 million infections, Brazil has the second highest number of deaths from covid-19 in the world.

Brazil has already organized and won the Copa América in 2019.

“The Brazilian government demonstrated agility and decision-making capacity at a fundamental moment for South American football,” said the president of Conmebol, Alejandro Dominguez, which, despite the crisis the country is going through, added that “Brazil is experiencing a moment of stability, it has proven infrastructure and recent accumulated experience to organize a competition of this magnitude.”

The decision is seen as a triumph for President Jair Bolsonaro, the far-right politician who has spoken out against quarantines and who has asked Brazilians to return to normal life despite the high incidence of the pandemic.

In addition to infections and deaths, the vaccination plan in Brazil is still delayed and on Saturday there was a massive protest throughout the country against Bolsonaro’s management.

The vice president of the country, Hamilton Mourao, said Monday that he does not expect demonstrations during the competition and that Brazil is a “less risky” choice than Argentina. No crowd is expected in stadiums, so the risk decreases, he added.

But others in Brazil, where soccer is an obsession, were against the decision.

“The authorities act as if Brazil has an advanced vaccination plan like that of the United States. It will be difficult to encourage the selection,” wrote the renowned journalist Guga Chacra on twitter.

Despite the problems in Colombia and Argentina, Conmebol did not want to cancel the tournament, which in its 2019 edition in Brazil generated income from US$ 118 millionit is.

Remember that you can receive notifications from BBC News Mundo. Download the new version of our app and activate them so you don’t miss out on our best content.