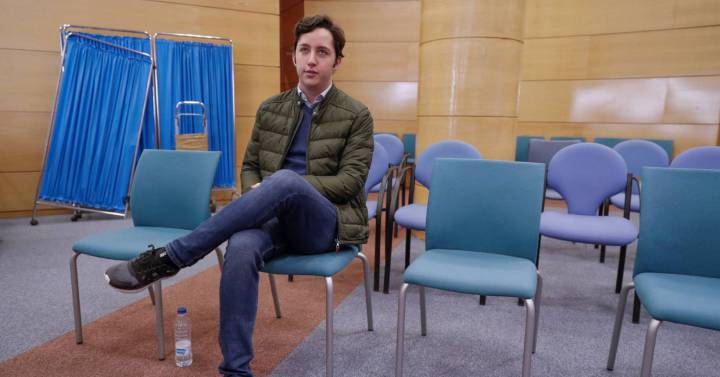 Technology has sophisticated cheating techniques. Despite the reprehensible action, behind are the notes stuck in the typical transparent pens, in the hem of the skirt or on the lid of the calculator. Nearly undetectable gadgets like the famous earpieces, smart watches or state-of-the-art telephones now do the dirty work for the most cheaters. There are even those who go further.

This Wednesday the sentence of the Provincial Court of Madrid that has sentenced Francisco Nicolás Gómez Iglesias, better known as Little Nicholas, as the author of a crime of falsification in an official document to one year and nine months in prison. The resolution, which can be consulted here, considers it proven that Francisco Nicolás arranged with the other defendant, his friend Manuel, “so that he could present himself for him in the examination of the selectivity test” in September 2012.

To do this, Gómez Iglesias went to a police station in the Madrid district of Tetuán, where he requested “the issuance of a duplicate of his ID and he was interested in replacing the photograph with that of D. Manuel, who in that act he contributed, passing it off as his own ”. The sentence also condemns the friend as a necessary cooperator to one year in jail for falsifying an official document.

The judges do not consider it proven that the police officer realized that the photo was not that of the little nicholas, “despite the fact that he was in a position to do so if he had paid minimal attention.” Nor is it proven that she was part of the plan. Despite this, they do condemn her to nine months’ fine as the author of a crime of falsification in an official document committed by a public official for serious negligence.

In accordance with the provisions of the Penal Code, in Spain the mere act of cheating in exams is not a crime. But depending on the provisions of the different academic regulations, it can be constitutive of an infraction that gives rise to the immediate expulsion of the student from the evaluation test, to the suspension in it and to the lifting of the corresponding act.

A different question is when other crimes are committed in order to copy, as has been the case of Gómez Iglesias when falsifying an official document. It would also be the case, for example, of the one who steals an exam or the official who filters the questions of the test of an opposition that he has the duty to guard.

At the other extreme are the teachers. Although there is little jurisprudence in this regard, it could also constitute a crime of prevarication the fact of inflating students’ grades. Thus, for example, in 2017 the Supreme Court sentenced a teacher to seven years of disqualification, and another official as a necessary cooperator, for giving the note to a student who had not attended class and had not taken the corresponding exam.

The events occurred in 2007, when a student from the Faculty of Pedagogy of the University of Granada approached an official because she needed to pass a subject in order to access the right to compensation provided for in university regulations. The worker, “agreeing to what was requested, explained the situation to the professor of the Department of Didactics and School Orientation, with whom she maintained a good relationship and who taught the subject of the first semester, School Orientation and Tutoring, with the latter consenting to approve Carmen without she had to take any exam, even without knowing her and without being able to attend any of her classes, “says ruling 79/2017, of February 10, 2017, which can be check here.

More recent is known as master’s case by Cristina Cifuentes when we have the information. The Provincial Court of Madrid condemned Cecilia Rosado, the director and professor of the controversial postgraduate program, as the author of a crime of falsification in an official document and María Teresa Feito, who was an advisor to the regional government and professor at the Rey Juan Carlos University, for the false certificate of the master’s thesis of the former president of the Community of Madrid. In this case, the court acquitted Cifuentes, considering that he did not play any role in the preparation of the falsified certificate.