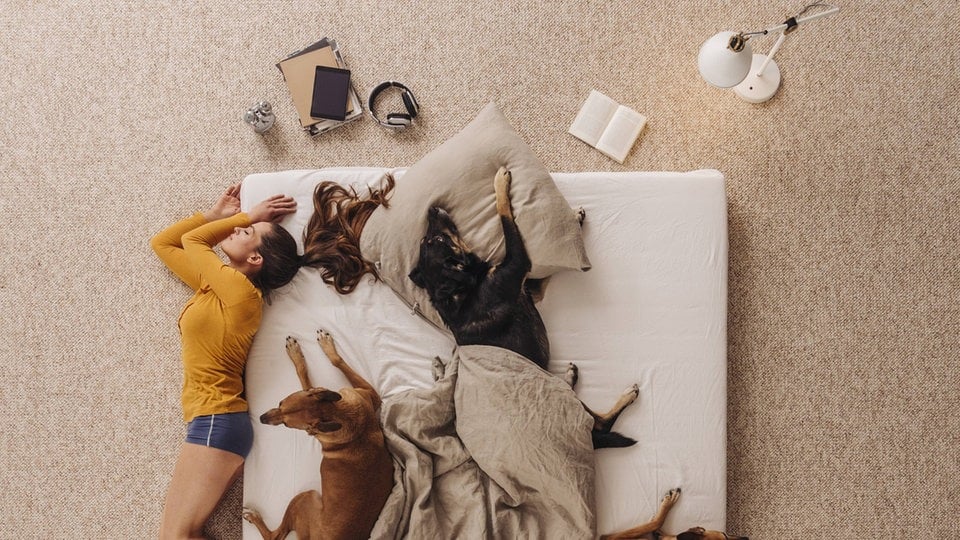 The range of zoonoses is as diverse as the diseases caused by human viruses: In addition to brain inflammation, which also includes rabies, classic examples are also liver inflammation caused by hepatitis E, the West Nile virus, hemorrhagic fever as in Ebola, Respiratory diseases such as in the case of Corona and skin rashes – monkeypox is probably the most recent example.

Prof. Dr. Thomas Mettenleiter …
… is a molecular biologist and virologist and primarily researches animal viruses. One of his focal points are herpes viruses, which he has better understood, among other things, and which can be counteracted better with new vaccines. He heads the Friedrich Löffler Institute on the island of Riems on the western Pomeranian Baltic Sea coast and has been a member of the Leopoldina since 2000.

In any case, the demarcation here is not that simple: “I would like to point out that although Sars-CoV-2 originally most likely came from an animal department, it is of course a humane pandemic, i.e. it was mainly passed on from person to person,” emphasizes Thomas Mettenleiter. Which raises the question of whether it is even worth making a distinction between zoonoses and non-zoonoses. True to the motto: Virus is virus and it should be avoided if possible.

Prevention: hygiene, vaccination – and enough living space for everyone

There is nothing wrong with this basic principle when it comes to the acute prevention of chains of infection, keyword hygiene: “We have learned that again in the last two years by wearing mouth and nose protection, washing hands and disinfecting that it also makes sense to air rooms and pay attention to cleanliness.” Thomas Mettenleiter calls this “non-pharmaceutical intervention”. To put it bluntly, home remedies. It gets more complicated when it comes to non-home remedies: while bacterial infections can be treated well with antibiotics, viral infections often lack the right pill.

So it’s best not to let it get that far in the first place: “On the one hand, of course, prevention also means vaccination,” says Mettenleiter. “It’s one of the great achievements in medical history that we can use vaccines on a large scale and that they show their value.” On the other hand, of course, contact avoidance and hygiene, between human-animal and animal-animal. The fact that we could experience more zoonoses is basically also related to our reproduction efforts: “The human population will soon reach eight billion. be it direct or indirect.”

So if we take the point of prevention seriously, then it is indeed the case that we also have to change our behavior.

And then not only vaccination and a bit of cleanliness help as prevention. In order to counter epidemics and pandemics of animal origin, human behavior must change fundamentally. “Then it is not enough to be prepared for the next epidemic or pandemic. And this is precisely the approach that a new concept serves. It’s called One Health, i.e. the one health that just now doesn’t just focus on the health of humans and animals , but includes the health of the environment – the environment and ecosystems and ultimately the health of the entire planet.” So when the earth is healthy, so are we. Thomas Mettenleiter illustrates this with an example:

“Nearly eight billion people want to be fed, and nearly eight billion people also have an increasing need for animal protein. This means that farm animals must also be fed.” Logical. And that requires the right soil: “As a result, people penetrate into habitats that they had not previously penetrated and thus of course come into contact with pathogens again that they may have encountered only very rarely – if at all – in the past.”

Pathogens quickly travel around the world

Plant-based nutrition instead of animal proteins is therefore an indispensable preventive measure when it comes to reducing the number of future epidemics. Or let’s say: to prevent your increase. Because wisely, globalization also contributes to the spread of pathogens: “We have global travel. This means that every pathogen that appears anywhere on this planet has the opportunity, at least in principle, to reach every other corner of the world within a few days “, says Thomas Mettenleiter. This would lead to local outbreaks spreading quickly across the globe – an epidemic becoming a pandemic.

Our pandemic blinkers are currently making sure that we only keep an eye on Corona and possibly monkeypox. But that is of course only a fraction of the virus truth: “The challenges are, on the one hand, that we recognize how diverse the world of pathogens actually is. In the past, we have focused very significantly on humans and animals that are directly involved have to do with people,” admits Thomas Mettenleiter. “Of course we have a gigantic reservoir in the field of wild animals and we also know that we have a gigantic reservoir of infectious agents including viruses there. That means one of the challenges is to recognize this reservoir, to tap into it.” Secondly, an even greater challenge will then be to assess how dangerous these pathogens can become for humans.

The fact that so much attention is currently being paid to Covid-19 and thus corona viruses is also not entirely harmless. The major pandemics of the last century were caused by flu viruses (influenza) – also viruses that come from an animal reservoir and have completed a whole series of stations there: Influenza pathogens presumably come from wild birds, which then via poultry and presumably the pig to the people have reached. Virologist Thomas Mettenleiter emphasizes that this applies to the Spanish flu just as much as it does to the Asian or Hong Kong flu. “We must not ignore the pathogens of the previous pandemics. But we also have to pay attention to what new possible pathogens have appeared here. And flaviviruses, among other things, certainly play a role here.” They solve diseases like yellow fever, Dengue fever or West Nile fever. The physical distance to north-east Africa suggests a false sense of security: it surfaced in 2018 West-Nil-Virus for the first time in Germany, on an owl in Halle. The pathogen can not only be dangerous to an owl, but also to humans and, under certain circumstances, to meningitis or kidney failure.

Finally, and this note is for the reader with empathy for all those non-human animals, it should be noted that zoonoses are a two-way street. What animal epidemics are for us are human epidemics for animals, which no four-legged or dipterous animal would like to have. Corona is not the beginning of a series of pandemics originating in the animal kingdom, emphasizes Thomas Mettenleiter: “Human history is full of epidemics and pandemics. So it wasn’t the beginning and it certainly won’t be the end.”