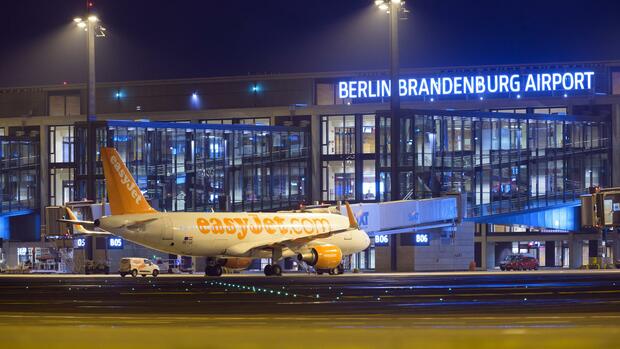 The new capital city airport has opened, but has financial problems right from the start.

Berlin In view of the tense financial situation of the Berlin Brandenburg Airport Company (FBB), a debate has broken out among the owners about the involvement of private investors. The State Secretary in the Federal Ministry of Finance, Werner Gatzer, who represents the federal government on the FBB’s supervisory board, was open to partial privatization.

“As far as I know there are private investors who are willing to get involved,” said Gatzer to Rundfunk Berlin Brandenburg (RBB). Even if the new BER airport “was put into operation late, it will be a successful investment property for the next few decades”, emphasized Gatzer.

However, Berlin “definitely does not want to take the path described by Gatzer,” said Finance Senator Matthias Kollatz (SPD) to the RBB. Important infrastructure must remain in public hands, said Kollatz, also in order to prevent “a socialization of losses and privatization of profits” from taking place.

The federal government holds 26 percent of the shares in the airport company, the states of Berlin and Brandenburg each 37 percent. The financial burdens are distributed accordingly. Because of the incalculable corona crisis, forecasts are difficult. It is clear, however, that BER will need financial support from the owners for years to come due to the massive drop in passengers as a result of the crisis.

For 2020, the shareholders are already helping out with 300 million euros, through grants and loans. For the next year, the operating company FBB expects a financial requirement of up to 660 million euros, according to documents for the budget committee of the Bundestag. Flughafen Berlin Brandenburg GmbH (FBB) recently even considered suspending flight operations if the owners did not provide further financial aid at short notice.

“Permanent grant business for the taxpayer”

It is not surprising that the federal government is on the lookout for financing alternatives against this background. The possibility was kept open to sell shares in the airport company, said Gatzer. According to the partnership agreement, this is still ruled out for the next two years, but it must be clarified relatively quickly where the missing funds from the airport are to come from.

“One will also have to ask the question of whether all shareholders are giving up shares so that a private investor can get involved.” Gatzer referred, among other things, to Frankfurt am Main Airport, which has already been partially privatized. 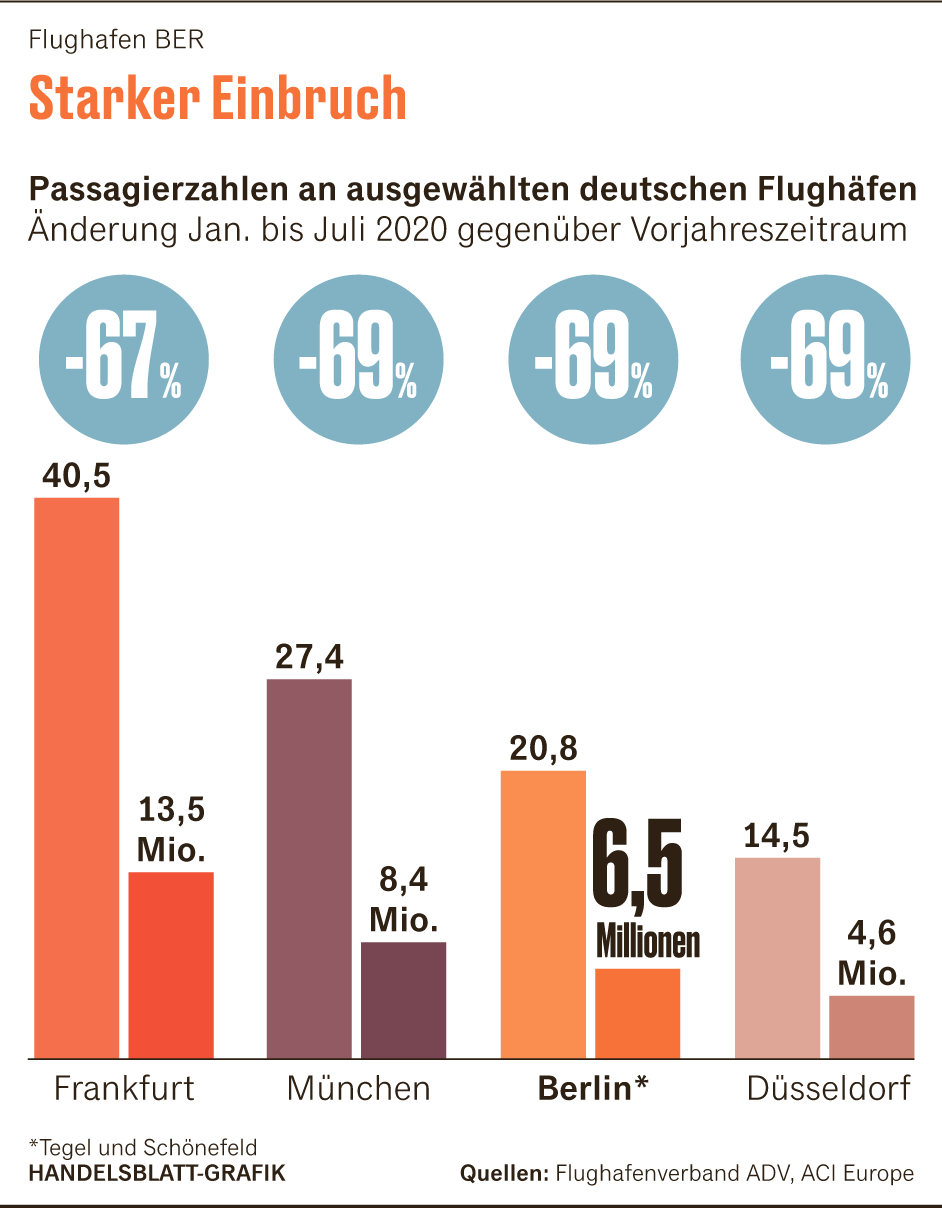 From the point of view of the taxpayer association, a public-private partnership at BER should have been considered much earlier. “The idea has a lot of charm, because that way capital and know-how would flow to the cluttered airport company,” said association president Reiner Holznagel recently to the Handelsblatt. “Frankfurt Airport is also not fully state-owned and has many private shareholders.”

Holznagel fears that BER will never be in the black, but rather that it will remain a “permanent subsidy business for taxpayers”. Since the committees of inquiry in Berlin and Brandenburg into the bad planning of the airport, the bad management and the partial political failure are still ongoing, “the full extent of the disaster is not yet known”.

Appeal to the BER owners

BER has already put a lot of strain on the public purse: The costs for the airport rose from originally around two billion to more than six billion euros, not only because of the construction delay, but also because of numerous rescheduling and enlargements. However, there is no improvement in sight after the airport went into operation due to Corona. From the industry’s point of view, air traffic is in the most serious crisis since the Second World War.

The airport company will have “more difficult years” ahead of them, said the chairman of the supervisory board Rainer Bretschneider on Friday after the first meeting of the control committee after the commissioning of BER. “In our own efforts, we still need the support of the shareholders in order to survive the crisis in the aviation industry.”

The meeting of airport controllers was all about the massive impact of the pandemic on flight operations in the capital region. The management around airport boss Engelbert Lütke Daldrup reported that the number of passengers has recently plummeted and is around ten percent compared to the same month last year. Against this background, FBB adjusted the number of passengers expected for 2020 from a total of ten million to nine million.

The second corona wave is already hailing the BER operators in the coming financial year. FBB assumes only 30 percent of the pre-crisis passenger volume. “2021 will be one of the most difficult years in FBB history,” said Lütke Daldrup. “Now only two things help,” he emphasized: “The willingness of our shareholders to stick with us in the crisis and the commitment of the FBB company to work as efficiently and cost-effectively as possible.” 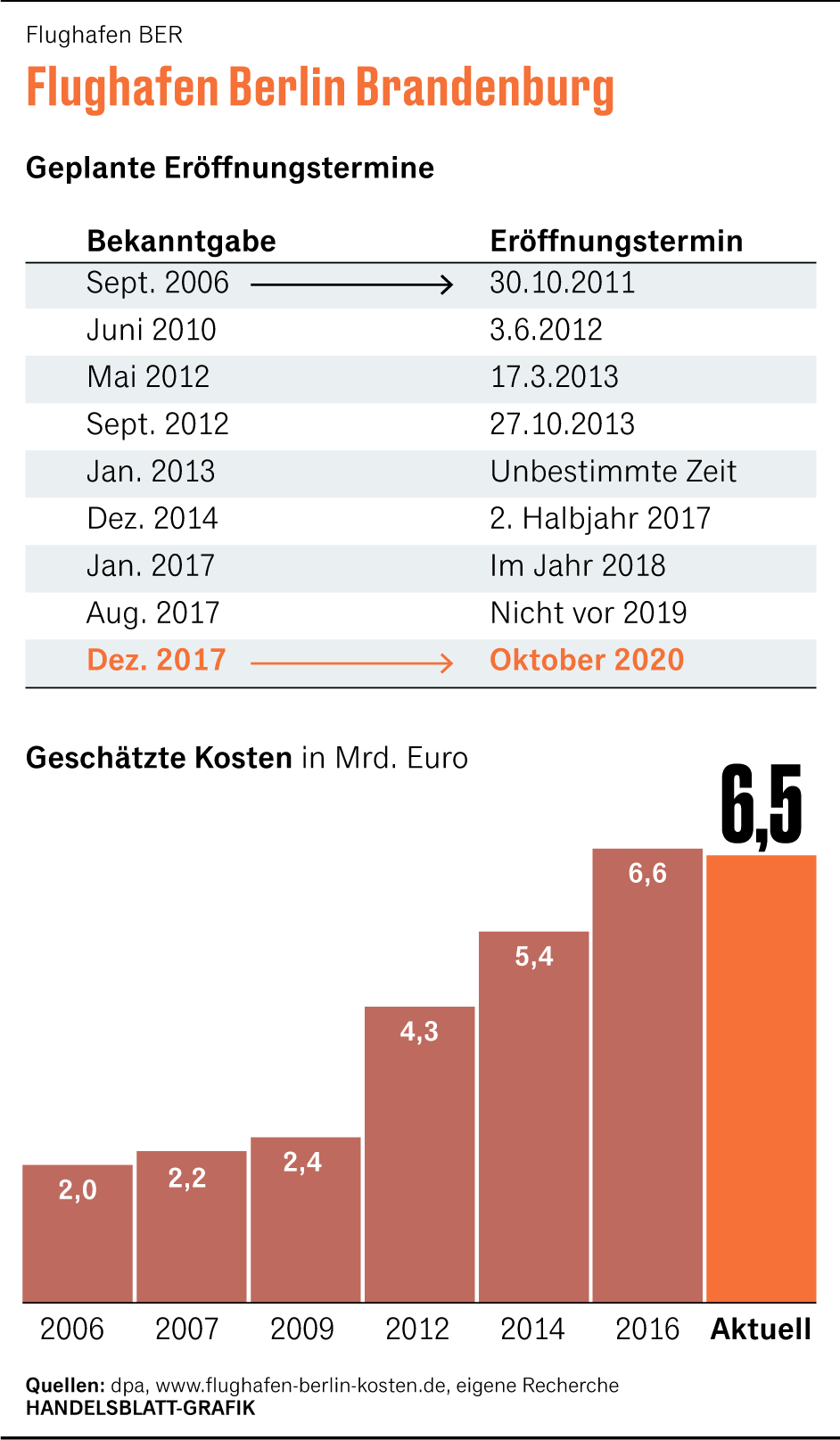 From the Berlin side, the message is clear. The country wants to master the BER crisis without private investors. Finance Senator Kollatz said that the company intends to profit from the BER’s profits once the crisis is over and air traffic has returned to normal. “If the federal government wants to withdraw, we cannot prevent that,” added the SPD politician. “But I don’t think that’s wise.” In any case, it must be ensured that the public sector keeps the majority of the shares.

At least on this question, Berlin and the federal government agree. “The public sector must be able to help shape and make decisions,” says Finance State Secretary Gatzer. “But it doesn’t make sense to me why what is possible in Frankfurt or Düsseldorf shouldn’t be possible at such an attractive airport as in Berlin,” he added with a view to possible investors for BER.

More: BER operators threatened to cease flight operations due to the corona crisis