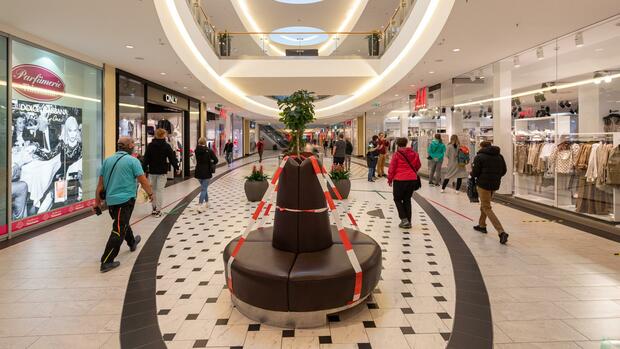 Berlin The recession in this second quarter of 2020 will be as deep as never before since the Second World War. But for the whole of 2020, the worst scenarios for the German economy are unlikely to occur. In any case, this hope can be seen in the forecast updates of the Ifo Institute, the Kiel Institute for the World Economy (IfW) and the German Institute for Economic Research (DIW) from this week.

In 2020, the gross domestic product (GDP) will shrink by 6.6 percent (Ifo) to 7.1 percent (IfW). That would be a stronger decline in the year than after the financial crisis in 2009, when the economy in Germany slumped by 5.7 percent. But: The updated figures are far from the horror scenarios that reached minus 20 percent at the end of March, for example at the Ifo Institute.

The updated forecasts are also close to the latest government forecast of minus 6.3 percent and that of the International Monetary Fund (IMF) of minus seven percent. The greater consistency of forecasts could also be a sign of bottoming out.

Indeed, leading indicators from surveys – the ZEW index, the IHS-Markit purchasing manager index and the Ifo business climate – have recently shown that the bottom of the corona recession was most likely to be overcome when the May easing began. However: “The catch-up process will continue well into the coming year,” says IfW economic chief Stefan Kooths. This is also the assumption of his Ifo colleague Timo Wollmershäuser and his DIW colleague Claus Michelsen.

According to the same analysis, the month of the crash was April, in which the average economic output is likely to have dropped by 17 percent (Ifo), or at least by more than 15 percent (IfW). For the current second quarter, the institutes now expect a minus of “at least ten percent” (DIW), minus 11.3 percent (IfW) or even minus 12.4 percent (Ifo).

There will be growth again from the third quarter. 7.3 percent, says Wollmershäuser of the Ifo, at least five percent, says Kooths of the IfW. The IfW expects growth of 7.2 percent in 2021, and the Ifo even an increase of 10.2 percent. However, the prerequisite for this is that there will not be a second major wave of infections with another shutdown.

Stony path back to normal

The recovery also depends heavily on how quickly companies can get back to normal. Ifo expert Wollmershäuser, based on the responses of 9,000 companies surveyed for the Ifo business climate, assumes that the situation will normalize within nine months. If this succeeds faster – in about five months’ time, GDP would only lose 3.9 percent in 2020 and rise by 7.4 percent in 2021.

Should normalization take an average of 16 months, the economy would shrink by 9.3 percent this year and grow by 9.5 percent in the next. Even in the most probable case that the average recovery lasts nine months, the recovery in individual sectors differs significantly: According to Ifo, the least affected food-related branches of industry should only need six months to return to normal, the travel industry 20 months Automotive industry even 26 months.

Consumption is weakening until further notice

Usually, consumer spending in crises proves to be a stabilizing factor. “It’s different in the corona crisis,” feared Kooths from the IfW. Consumers will only consume vigorously again if they “have clarity about their professional prospects again,” he said. The goal of politics must therefore be “to bring companies with fundamentally marketable business models over the next three to six quarters,” said Kooths. The IfW expects the number of unemployed to rise to three million this year.

State aid should start where the corona-related failures are greatest. A state-owned investment or digitization program would not help restaurateurs, he says. According to his estimates, the crisis will cost Germany 300 billion euros in added value by 2021.

The research institutes assume that the recovery will start not only in Germany, but worldwide in summer. It will be crucial for German industry that the other large EU countries come out of the crisis quickly. An EU aid program that would bring Italy and Spain out of the crisis more quickly would also give tailwind to the German economy.

More: Wrestling for the stimulus package: This is what business and experts are demanding.