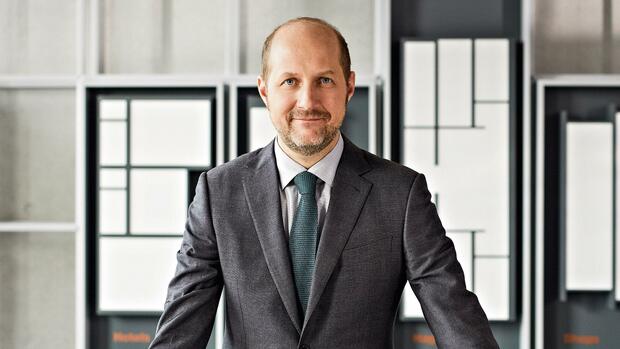 Dusseldorf Daniel Hager currently travels frequently, at least part of the long way. He now lives in Munich and then takes the ICE to Karlsruhe, which is currently so empty that the boss of the Hager Group has no problem keeping up. “And the trains are on time,” says the 48-year-old entrepreneur, who took over the management of the family company founded in 1955 twelve years ago.

The special thing about it: The Hager Group has two headquarters, one in Blieskastel in Saarland, one in Obernai near Strasbourg, where Hager also lived for a long time. Electrical boxes, switches and electronics for smart homes are produced there, but also in China or Italy.

The corona virus has dominated its business since the beginning of January. The company operates two plants in China. They were only able to open again two weeks later after the New Year holidays.

In Europe, Hager was first affected in Italy. In France, the five plants had to close on March 17th, in Spain from late March to April 14th. A plant in Poland that was dependent on production and delivery from Alsace was also affected. Only the plant in India is currently completely closed.

“You have to go through a real funeral curve, as is known from psychology,” says Hager. First you think: “That can’t be”, then you look for a culprit and then you find solutions, he says thoughtfully. “As an entrepreneur, you have to master the first steps in the crisis.”

He believes that the health and safety of employees comes first. Then you have to see that the company is not shaken too much. “You are in a giant cloud of smoke,” he describes his initial situation. “Only when the smoke clears do you have your head free to think ahead.”

However, that is very difficult. Even the political actors do not know how long the restrictions will continue to apply. “The federal government acted well, but was poorly prepared when it came to health protection materials.”

Overall, the crisis in Europe was underestimated. But then the restrictions were all the more severe. Especially in France, Hager knows.

Hager has the most employees in France, with 3,500 out of more than 11,500. And the government did not really trust the “Gallic people”, Hager is convinced of that.

After all, it is a popular sport in the country to bypass state instructions. The measures taken by the Emmanuel Macron government had done enormous damage, “psychologically and economically”.

In fact, the lockdown in France was tougher than here. Although no one was prevented from going to work, says Hager, “the martial rhetoric fueled fears, and so many Frenchmen stayed away from work. 90 percent of the cranes and excavators even rested on the construction sites, even though the employees were allowed to work. “I prefer to be trapped in Germany at the moment. It is not clear to me that, for example, I can only jog between 7 p.m. and 10 a.m., as is the case in parts of France. ”

After it was clear that President Macron had overdone it, his economics and finance minister Bruno Le Maire had to call on the French to go to work. On the other hand, things were going comparatively well in Germany, the federal and state governments are close to the citizens, Hager is convinced. Federalism works.

Many plants are not yet running at full capacity, but demand is high and delivery backlogs arise. In France, production started at the beginning of April with a production capacity in Obernai of 25 percent.

By the end of April it was around 60 percent, from this week it should be 70 percent. The company currently has almost 100 suspected Covid 19 cases, most of them in France (50) and Germany (40).

It is also clear to Hager that his German and French employees first go to temperature measurement before entering the factories. In Blieskastel, Saarland, it is compulsory to volunteer at the other locations. The measurement is always carried out in coordination with the works council.

The temperature check is, along with many other actions, “which we defined and carried out together with the employer representative, an important building block for the health protection of all employees,” says Thorsten Schön, chairman of the group works council in Germany. This measure takes place in compliance with all data protection guidelines and is well accepted by employees.

However, what boss Hager worries is resentment, especially against the cross-border commuters who live in one country and work in the other. Europe, says Hager, is not yet as far as one would like it to be.

In any case, things are looking up at Hager. The company boss assumes that the market will become smaller and that the records from the previous year with the highest sales in the company’s history with sales of more than two billion euros cannot be achieved. Hager does not yet dare to give a more detailed forecast.

The group of companies was founded in 1955 by Daniels father Oswald, his uncle Hermann and his grandfather Peter in Ensheim, Saarland. The Saarland was economically attached to France after the war, making the German market inaccessible. But the founders wanted to gain a foothold in both markets.

Hager opened the branch in Obernai in 1959, shortly before the economic integration of the “Saar region” as a new federal state. To this day, companies and families are rooted in Germany and France.

In the fight against the pandemic, the innovation team in Obernai used 3D printers to produce mounts for protective visors and adapters that are adapted to Decathlon’s Easybreath masks and respirators. These manufactured parts were delivered to hospitals in Strasbourg. Inquiries from other hospitals are now ongoing. Hager also donated masks in both countries.

This is “bread and games” while the entrepreneurs don’t sleep at night. Daniel Hager (boss of the Hager Group, himself a football fan, about the discussions about ghost games in professional football)

66 percent currently have no plans to change their business models. Smarthome is part of the portfolio at Hager anyway; contactless control is an issue. And the employees from the home office work in their own organization.

With digitization, however, one can “go the extra mile,” says Hager. Above all, he wants to look at the production processes. Pulling the layers apart for reasons of hygiene and reducing the size of the layer groups, all this is cost-effective.

When Hager, himself a football fan, looks at the discussions in Germany about ghost games in professional football, he speaks of arbitrariness: “It’s ‘bread and games’ while the entrepreneurs don’t sleep at night.” After all, the group is solidly financed: Hager has one an equity ratio of more than 60 percent.

More: Way out of the shutdown: France loosens restrictions

These photos show thousands flocking to New York’s parks this weekend after Mayor de Blasio said that good weather “is a major threat to us.”

Covid-19: This is what a virtual immunity card could look like