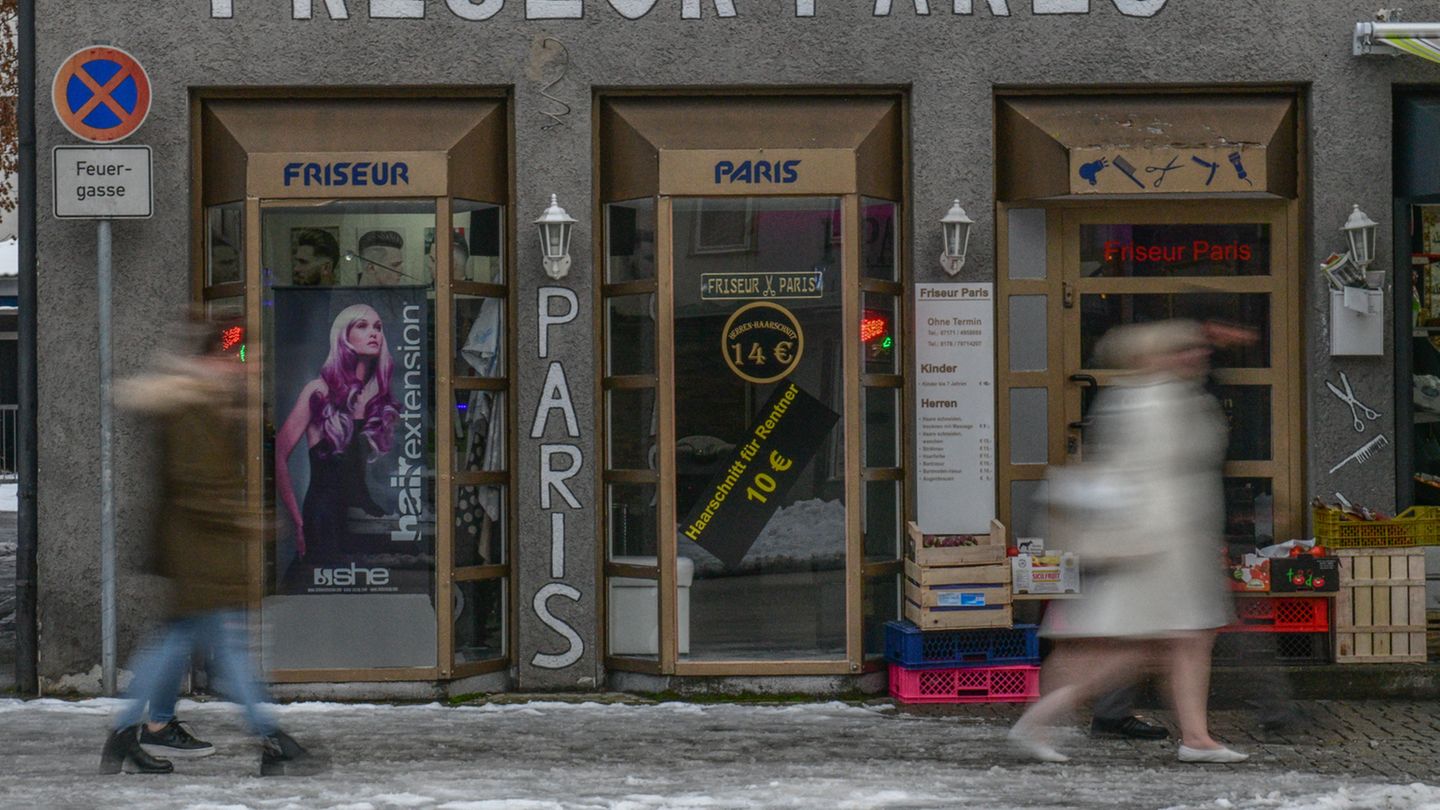 Looking in your own mirror in times of pandemics is sometimes not that refreshing. Since the hairdressing salons have been closed for more than six weeks, some of them are badly haired. The hard hit industry is now setting an example.

If you take a walk through your city on Sunday, you might be amazed at the light in empty hairdressing salons. The Central Association of the German Hairdressing Trade calls on the owners of the 80,000 domestic hairdressing salons to leave the lights on for 24 hours – from Sunday morning to Monday morning, some salons are likely to start on Saturday evening. So the campaign runs until February 1st. “Originally we should be able to reopen on this day,” says Harald Esser, President of the Central Association of the German Hairdressing Trade. “We are up to our necks – we finally need fast and comprehensive help from the state.”

At many hairdressers the accounts are empty, says the industry representative. The rent and other fixed costs would have to be paid even though there was no income.

In fact, the hairdressing industry comes off badly with the various aid packages from the German state for the economy. Emergency aid after the outbreak of the pandemic last spring usually had to be repaid, and most salons are not entitled to the relatively generous December aid, which is based on the previous year’s sales. The “Bridging Aid III”, which was launched in January, is in turn calculated with a view to fixed costs – such as rent – which means that the financial injection is relatively weak. There is only a first partial payment in February, the rest should flow from March.

“We are making an immense contribution to fighting the pandemic, but have nevertheless been forgotten by politicians,” complains Esser. According to him, the “Lights on!” Campaign should bring the plight of the hairdressers back into the public consciousness. It is completely uncertain whether the hairdressers will be able to open again in mid-February as currently planned. “I hope so,” says Esser, “but I’m skeptical”. It is all the more important that the state finally support its industry with 240,000 employees.

“We stand for one another”

For example, the Solingen hairdresser Melanie Tillert is taking part in the campaign. “With the permanent lighting in our salons, we want to show people that we are still there and that we stand up for one another”, says Tillert.

The Essen master hairdresser Mirko Schoroth is optimistic: “We have to go through there now – when things start again, we will have our hands full.” In order to be able to cope with the high customer demand, he wants to hire a new employee – she is already ready. Schoroth expects that he will be able to reopen his salon in late February or early March.