G20 protest in Hamburg: The 20 largest economies account for 75 percent of emissions.

Berlin The direction is correct, but the road is still very long: the 20 largest economies have made tentative progress on the path to climate neutrality. Last year, energy-related CO2 emissions fell for the first time – by 0.1 percent after an increase of 1.9 percent in 2018. And that without being triggered by an economic crisis. This is shown by this year’s “Brown-to-Green-Report” of the international initiative “Climate Transparency”, which will be published this Wednesday.

“Our report shows that climate protection in many G20 countries – including Germany – bore the first fruits before the outbreak of the corona pandemic,” said Jan Burck from the environmental and development organization Germanwatch and co-author of the study.

However, the Corona stimulus packages are a risk. The reconstruction programs offer the opportunity to accelerate the necessary restructuring towards a climate-neutral economy, according to Germanwatch. “But so far we have had to state that fossil fuels are among the beneficiaries of the trillion-strong economic stimulus programs in many countries,” explained Burck. “The G20 countries are threatening to squander the market opportunities for green energies that have grown rapidly in recent years.”

The problem with that. In most G20 countries, the framework conditions for the aid packages are not coordinated with the Paris Climate Agreement, the report shows. Almost five years ago, in December 2015, the international community agreed on the agreement. It aims to limit global warming to well below two degrees Celsius, better to 1.5 degrees in a pre-industrial comparison, and to become climate-neutral by the middle of the century. The report indicates the warming to date at 1.1 degrees Celsius. In view of global warming, more and more climate experts are calling for efforts to be stepped up.

After all, the political starting position could now have improved. China, Japan, South Africa and South Korea joined the race for carbon neutrality by the middle of the century, the EU is on the verge of tightening its climate targets for 2030, and future US President Joe Biden is also aiming for climate neutrality by 2050.

“If China, the USA, the EU and other G20 countries underpin their long-term goals with green reconstruction programs, with ambitious interim goals and concrete implementation strategies, then we will face a turning point in international climate policy,” says Christoph Bals, Political Director of Germanwatch. He hopes that this will also remove the last of the economic uncertainties about the course of the major economies. In this way, a clear signal can be sent: “The race to climate neutrality, the race to tomorrow’s economy, has begun.”

G20 countries are still supporting their coal, oil and / or gas industries

But the reality is still different: According to the report, ten G20 countries each support the domestic coal or gas sector with their economic stimulus packages, and nine also the oil industry. The authors of the report looked at both direct and indirect funding. For example, 15 countries support their national airlines, of which only France has tied this aid to climate requirements. Seven states support their automotive industry. Only France and Germany make climate specifications for car manufacturers.

“Some G20 members are doing a little better in comparison,” said Germanwatch expert Burck. “The EU and Germany tie at least some of their economic aid to climate criteria.” However, there are also weaknesses in implementation: the climate-friendliness of investments is still not measured against the criteria of the so-called EU taxonomy. It is considered a stringent framework according to which sustainable investments can be assessed. “In addition, it should always be ensured that economic aid that does not directly serve climate protection, at least does not endanger climate and environmental goals. This has not yet been the case. “

According to the report’s forecast, energy-related CO2 emissions in the G20 will fall by 7.5 percent this year due to the corona crisis, but are likely to increase significantly again in the coming year.

A decisive factor that made the first climate protection successes possible in 2019 is the ongoing boom in renewable energies: On average, the share of renewables in electricity production in the G20 countries has risen by almost a fifth to almost one in the past five years, according to the report 28 percent grown. In Germany it rose to almost 43 percent. However, the growth has recently been curbed by a massive slump in the expansion of wind energy on land. 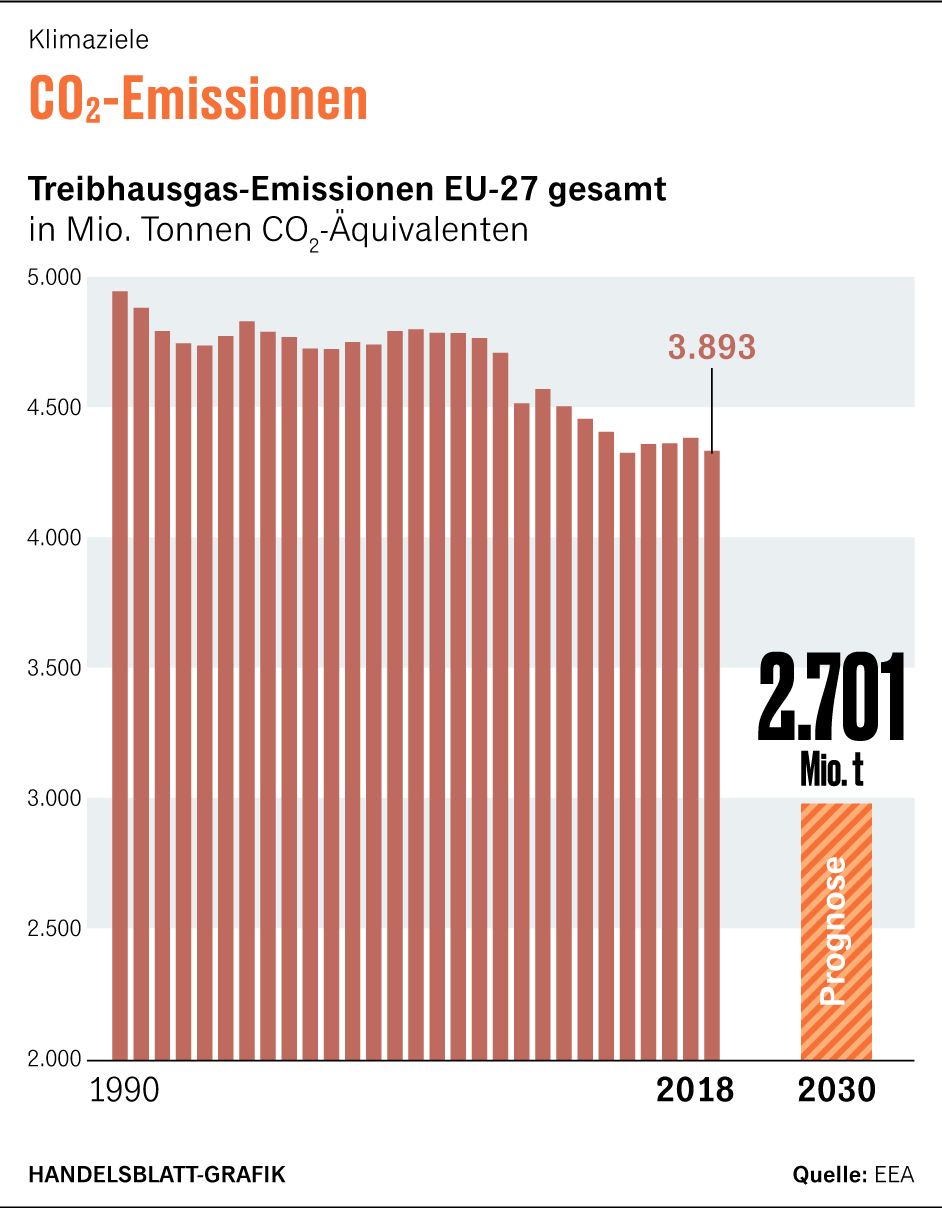 Overall, however, renewable energies will also be expanded in the G20 countries this year. The plans of US President-elect Joe Biden could provide additional impetus. Nevertheless: In order to get on a path that can limit global heating to 1.5 degrees, the exit from fossil fuels would have to take place much faster, according to the experts.

Germany even scores worse than the majority of the EU countries. “The decision to phase out coal is taking place too slowly and not steadily,” criticizes Kai Bergmann, an expert on German climate policy at Germanwatch. The report, however, attests Canada, France, Great Britain and Italy a 1.5 degree compatible coal exit.

However, the comparison is flawed because, for example, France, in contrast to Germany, relies heavily on nuclear power and less on converting lignite into electricity.

The need to catch up in the transport sector

In the building sector, Germany leads the G20 in terms of energy efficiency in new buildings, but has problems with older buildings.

Overall, Germany has been able to reduce its per capita emissions disproportionately in the past few years, but with 10.87 tons of CO2 emissions per capita per year it is still significantly higher than the G20 average. This is 7.32 tons. The EU has an average per capita value of 8.07 tons.

Environmentalists and climate experts are calling for more decisive action – also to limit a further increase in damage and losses from climate change. In the 20 years between 1999 and 2018, extreme weather events in the G20 countries killed an average of 11,000 people per year, according to the report. The economic damage amounted to $ 130 billion annually.