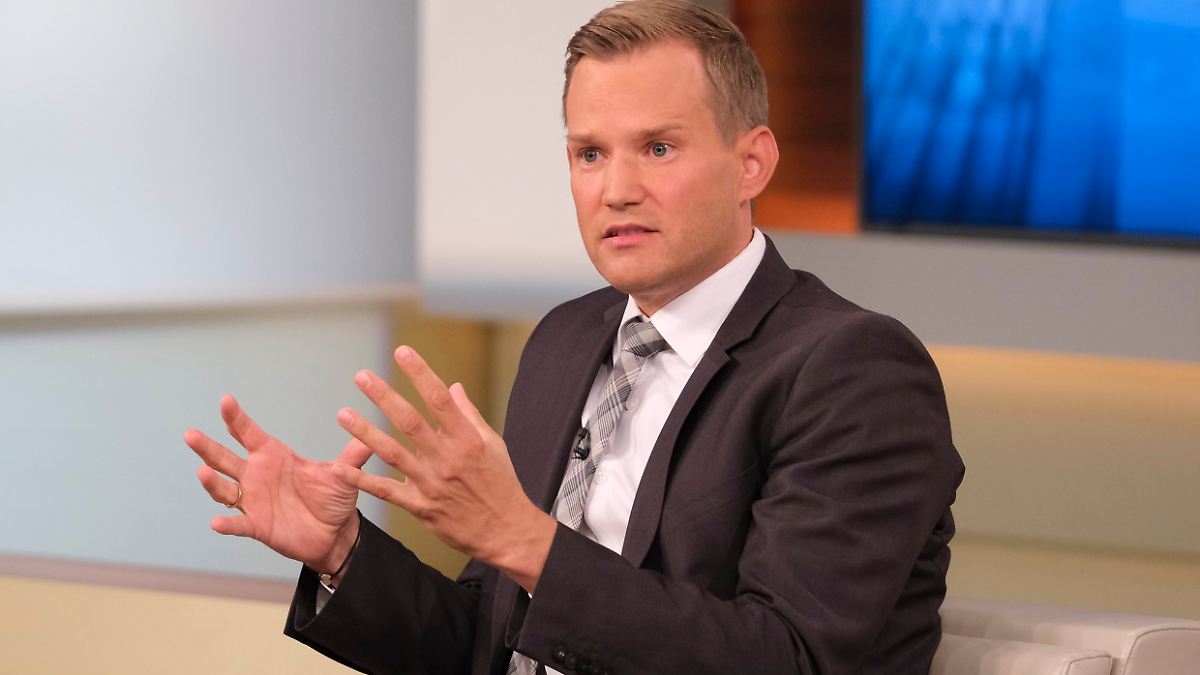 The number of infections is increasing in Germany. Virologist Hendrik Streeck expects Anne Will to increase the risk of corona in autumn and winter. Since you can’t just wait for a vaccine, new strategies are needed – and lots of trust.

The number of corona cases is skyrocketing in Spain and France, and Germany has also recorded the highest daily values ​​of new infections since April in the past few days. “We are now on the rise again,” said virologist Christian Drosten on Thursday – and autumn and winter are still ahead. At the same time, fans are pouring into football stadiums in some places, the officials of FC Bayern Munich sit in the Allianz Arena without any distance and wearing masks, people frolic in front of or in bars. What strategy should the Federal Republic of Germany adopt over the next few months? There is a lot of discussion about this in this country and that was also the question that Anne Will was about on Sunday evening.

More loosening or is the second wave just getting started soon? The discussion round with guests such as virologist Hendrik Streeck, the Rhineland-Palatinate Prime Minister Malu Dreyer and Frank Ulrich Montgomery, the chairman of the board of the World Medical Association, fought for concrete plans and tactics for the future. However, all those involved in the discussion were clear: In autumn and winter, the corona risk in Germany will increase. And that is why the trust of citizens in the Corona measures is the most important thing on the way to the colder season.

“Nobody has a solution”

But, said Montgomery, this would be scratched by too contradictory crackdowns and different regulations in different regions – brothels are allowed in some places, but worship only goes a long way; football fans are allowed into the stadium here, not there; In bars you should sit at a distance, but this is sometimes not possible in airplanes. “It must be decided on a nationwide basis what must happen in which case and how. This must then be enforced regionally and uniformly by health authorities,” recommended Montgomery. Football with fans “We can’t afford to play yet. We’re not there yet,” said the head of the World Medical Association. After all, as a fan in the stadium, you sometimes hug each other. “We have to show the population that we are not out of the pandemic yet.” Dreyer, on the other hand, declared himself satisfied with the current regional approach, after all, there are common rules. “I am confident that we have the situation under control,” said the Prime Minister.

See Also:  the MCU for the moment majority, followed by the independents

Virologist Streeck explained with regard to the inconsistent opening of football stadiums to spectators: “Open stadiums across the board, I am against that.” But if someone has a good hygiene concept, you should try it out, this also applies to concerts. Because: “None of us know how to do it. Nobody has a blue print or a solution. We have to do trial and error.” Wasn’t that risky, Will asked, a laboratory test on living people? Finally, Streeck had also spoken out in favor of a concert with 13,000 people in Düsseldorf. There was a good hygiene concept there, replied the virologist: “You don’t risk life there.” In retrospect, the corona tests could have been used to identify the extent to which such concepts work. He wants a change of strategy and you have to try a lot.

“Soon the weaker could be affected”

Prime Minister Dreyer wants to maintain the trust of the citizens in politics and the corona measures, above all with better communication regarding the rules and when they take effect. “We have to create more transparency, for example what the 50 limit means, so that citizens can understand that.” That is why she is currently developing a traffic light system for the municipalities in her state. Streeck also advocated this. Because: “The virus is part of our life.” And he’ll stay that way. “Just hoping and waiting for a vaccine is dubious,” said the virologist. After all, one does not know when this will really be developed: “That may not be for five or ten years.”

In the course of the program, Streeck’s change of strategy was reformulated into a strategy adjustment, but the virologist’s main concern was that not only the infection numbers should be used for the hazard classification, but also the inpatient occupancy and care, the number of free intensive care beds – and also a Traffic light system in communication. Where at the beginning it was mainly about “flattening the curve” in order to keep capacity in hospitals free, now, thanks to more test options, “the numbers and the unreported number can be seen very well.” But: “In autumn and winter the numbers go up sharply and then we can no longer test as we are now.” Therefore, a look only at the infection numbers would not be beneficial.

At the moment there are increasing numbers in Germany mainly because many younger people are infected, said Streeck. “Distance, wearing a mask and the hygiene rules” clearly helped. But now the colder season is coming soon and “viral pneumonia is less common in summer than in winter”. Conversely, that means: In autumn and winter, the corona risk increases in Germany. Here, too, there was agreement among the discussants. Prime Minister Dreyer warned of the emergency that “soon the weaker could be affected”, because “in France and Spain the younger ones were infected first”. Above all, one must ensure that the health authorities can continue to track the chains of infection – this is another reason why the numbers should not increase too much.

Montgomery said, referring to the increasing number of infections, “We have a perm. But we have to prevent us from getting a real second wave.” The science journalist Rangar Yogeshwar, who was also invited by Anne Will, added that Germany was lucky that there had been few deaths so far and that not everyone knew someone who had died. “For most of them, this is still an abstract danger.” But that could change in winter. So far, Germany has experienced Corona in spring and summer and was able to go outside. “The real hurdle comes when it gets colder,” said Yogeshwar. “Now winter is coming and we will experience densities. Bars are being populated inside, school classes cannot ventilate. That will be a great challenge.”

Marina Weisband also feared: “It will get worse in winter and then we will need more restrictions.” According to the author and political activist, groups “that don’t get a lot of media attention”, such as people with disabilities or without shelter, should not be forgotten. In order to find the “correct restrictions” and “the necessary acceptance in the population”, the much-cited trust would be needed again. According to Weisband, the participation of citizens in particular would help here. Citizens’ councils elected at random, which meet with experts, could discuss concepts. In schools, one could let student councils decide on binding rules. Similar to Streeck, she wants to try out a lot in this time, which is new for everyone involved.

Why Anne Will did not invite representatives from schools or teachers’ associations, even though the different hygiene concepts and the risk of infection at the teaching centers are likely to be the main topics in autumn and winter, remained unanswered. Weisband made it very clear what she thought of it. “Schools and daycare centers have to go to the very top in terms of urgency,” she said, and only then would football, concerts or parties come. If politicians internalize this sequence, trust in their measures and attempts also increases further. The fact that football officials do not necessarily send out trustworthy signals and are suitable as role models has not only been known since the pictures of the Bayern executive group in the stands in the opening game against Schalke 04 without distance and mask.