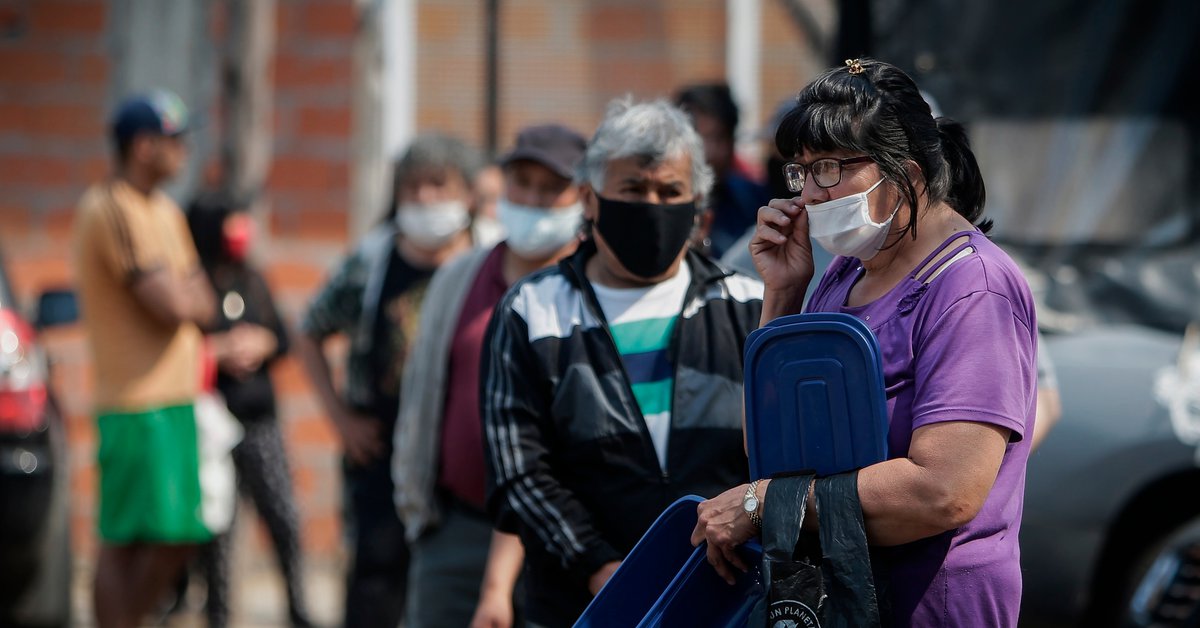 He Ministry of Health of the Nation reported this Sunday that, during the last 24 hours, there were 10,561 new cases of COVID-19. With these registries, there are 989,680 positives in the country, of which 803,965 are recovered patients and 159,448 are active confirmed cases.

Currently, 4,386 people with coronavirus are hospitalized in intensive care units. The occupancy of critical care beds, beyond the patient’s illness, averages 64.2% nationwide and 63.9% in the Buenos Aires Metropolitan Area (AMBA).

Yesterday morning, the Minister of Health, Ginés González García, considered that in all America “The pandemic is having an unexpected duration” and, in this sense, he appealed for society to continue with preventive care, because the vaccine “could be for the beginning of the year or maybe a few days before” and “in March” in a massive way.

The head of the Health portfolio also pointed out that this is happening “despite the fact that countries have adopted different strategies to contain it -the case of the United States and Brazil, for example- and yet it remains persistent and continues being a record without anyone knowing why ”.

On the other hand, he explained that “There is a version that would indicate that the virus has mutated to a greater contagiousness” and although he maintained that he cannot “ensure” the certainty of the version, he considered that “the American continent continues to be the center of the pandemic and that unfortunately we have to take the measures that we have to take.”

Regarding these measures, the minister reiterated that at this time greater restrictions were applied “In the jurisdictions where today the epicenter of the pandemic has moved, which is the interior of the country.” “I am very proud of the quarantine”the minister later said, when asked what he would do differently if he had to start over. However, he indicated that “surely we would have done some different things, since it is easy to tell with Monday’s newspaper.”

Besieged by the Mapuches in their own El Foyel camp: “We have been kidnapped for four days”