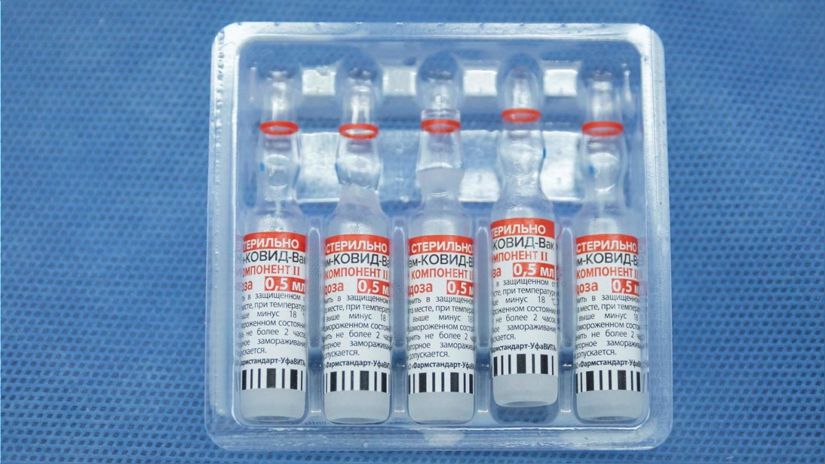 Argentina has produced the first batch of the anticovid vaccine Sputnik V in its territory, the Russian Direct Investment Fund (FIDR) reported today in a statement.

The pharmaceutical company Laboratorios Richmond SACIF, whose representatives are in Moscow, has been the manufacturer of the first batch thanks to the transfer of technology by Russia.

Such production must still undergo the quality control of the manufacturer of the russian vaccine, the Gamaleya Center, specifies the official note.

“Large-scale production of Sputnik V in Argentina it will start in June, “he adds.

The idea, according to the Russian sovereign wealth fund, is that the doses manufactured by Richmond in Argentina can be exported to other Latin American countries, ten of which have already registered Sputnik V.

“We are very excited about the possibility of producing the Sputnik V en Argentina, vaccine with which we are already protecting a large part of our population with excellent results. It will be a great opportunity to advance in the fight against the pandemic not only in Argentina, but also in Latin America, ”said Alberto Fernández, the Argentine president, according to the note.

Argentina, the first Latin American country to register the Russian preparation and now to produce it, has received 5.3 million doses of Sputnik V, the last 800,000 yesterday Monday on an Aerolineas Argentinas plane.

“Our company will do everything possible to ensure that the vaccine is available as soon as possible for Argentina and for the entire region of Latin America”, Said Marcelo Figueiras, the president of Richmond.

The announcement coincides with the visit to Russia of the Minister of Economy of Argentina, Martín Guzmán, and the adviser to the Presidency, Cecilia Nicolini, who held a meeting with Figueiras on Monday, with whom they discussed the production of the Sputnik V.

See Also:  more than 3,000 patients after a bacteria leak from a laboratory

In fact, Nicolini visited the Gamaleya National Epidemiology and Microbiology Research Center on Monday, a meeting in which the director of scientific and laboratory technical affairs, Elvira Zini, also participated.

The Russian President, Vladimir Putin, called his Argentine counterpart on April 5, who contracted COVID-19 despite having been vaccinated with Sputnik V, to wish you a speedy recovery.

During their stay in Moscow, Argentine officials thanked the Russian government for its concern and interest in the president’s health. “Fortunately, the president passed through COVID with almost no symptoms,” they explained.

The COVID-19 has put everyone on alert. Subscribe to our newsletter All about the coronavirus, where you will find the most relevant daily data in the country and the world on the progress of the virus and the fight against its spread.

– ‘Espacio Vital’: Why did the United States stop the vaccination of Johnson & Johnson?