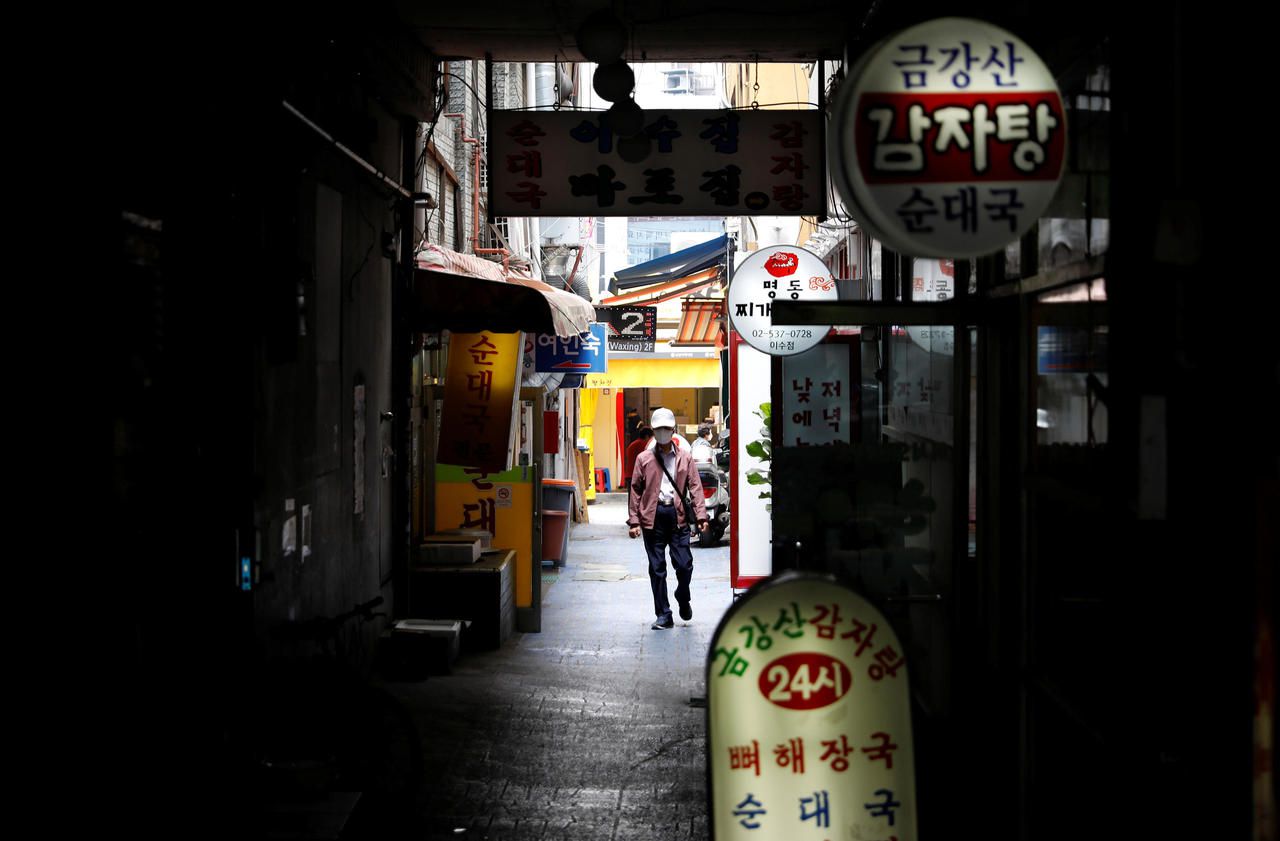 South Korea believed it had stemmed the coronavirus epidemic, but for two weeks, the situation has deteriorated and the discovery of a series of new outbreaks forces it to react this Thursday. Seoul was forced to reactivate a series of measures to combat the Covid-19, when they had just been relaxed.

Authorities announced 79 new infections on Thursday – the highest since April 5 – bringing the total number of cases registered in the country to 11,344. Most of the new cases have been recorded in the Seoul metropolitan area, with an outbreak of contamination in a warehouse of an e-commerce company.

“We have decided to strengthen quarantine measures in the metropolitan area for two weeks, starting tomorrow until June 14,” announced Minister of Health Park Neug-hoo fearing a new epidemic wave in the country.

“The next two weeks will be crucial to preventing the spread of the infection in the metropolitan area,” he said. “We will have to return to strict social distancing if we fail” and if the country registers more than 50 new cases daily for at least seven consecutive days.

South Korea has been modeled in recent months for its very effective response when the Covid-19 has spread to its territory. It had loosened restrictions very strongly since May 6.

Museums, parks and art galleries will have to close for two weeks and businesses are encouraged to reintroduce flexibility at work, said the minister. Citizens are also advised to avoid crowds and crowded places, including bars and restaurants.

See Also:  Russia overtakes Italy and the United Kingdom and is in third place worldwide in number of infections

Places of worship are called upon to strictly apply safety instructions. However, the timetable for the reopening of schools is not changed.

Sixty-nine of them relate to people who visited a warehouse of the online trading company Coupang in Bucheon in the suburbs of Seoul, according to the Korean Centers for Disease Control and Prevention (KCDC).

Football and baseball behind closed doors?

About 4,100 people, warehouse workers and visitors, are in voluntary segregation and 80% have already been tested, according to Deputy Minister of Health Kim Gang-lip, who said, “We expect the number of warehouse-related cases continues to climb today as we finish testing. ”

The recent lifting of some of the restrictions had seen places like churches and museums allowed to reopen, as well as schools, while professional seasons of baseball or football could finally begin, but behind closed doors.

South Korea was the second most affected country in the world by the pandemic at the end of February after China, where it appeared in December 2019. But the government has managed to regain control of the situation through a very detailed strategy of testing and tracing the contacts of infected people.

VIDEO. Coronavirus: a “drive” to screen Koreans in their cars