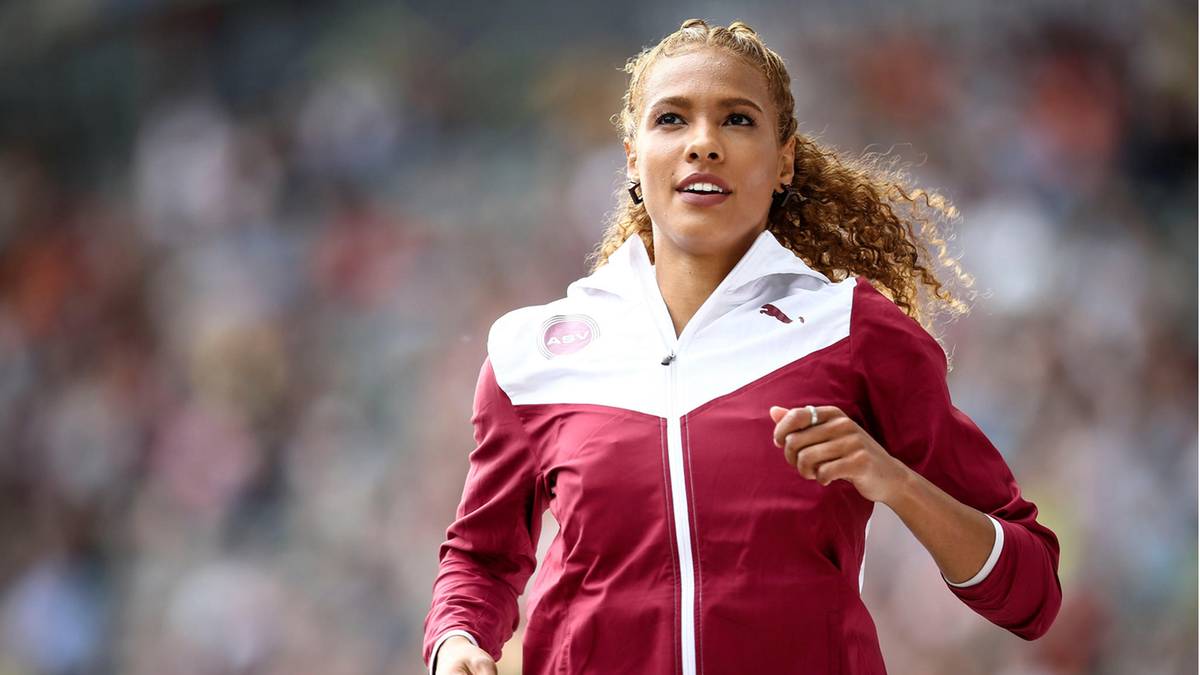 The German Athletics Association attaches great importance to mature athletes, but has now come under pressure due to confusing statements and crude theories by long-distance jumper Alexandra Wester. In a video published on Instagram almost 54,000 times, she complains that the corona measures deprive her of her freedom. She speaks of a compulsory vaccination for the population or of doctors and lawyers who defend human rights and would be locked up in prison psychiatries.

“Freedom of expression among the athletes is important to the DLV, but limits must be adhered to, especially when it comes to theses that cannot be substantiated,” explained head coach Annett Stein when asked by the German Press Agency (DPA). The video on Instagram is a “private opinion” of the 2016 Olympic participant, which does not match the opinion of the association. The DLV initially did not respond to the video published on April 28, only to start a conversation with the 26-year-old from Cologne, who also has chances of an Olympic start in 2021 in Tokyo. “I made it clear to Alexandra Wester that every DLV athlete has a role model when it comes to politically motivated statements on controversial topics,” said Stein.

Even more clearly, the DLV took a position on another entry in which Wester claims that “the majority of the world” is determined by “a horror drug” (adrenochrome) and by “perversions of the mind”: “The German Athletics Association clearly distances itself of conspiracy myths like Pizzagate and adrenochrome. ” Pizzagate is a rumored story that children are kept as slaves in a pizzeria in Washington. Bankers, politicians and Hollywood stars have their fingers in the game. Adrenochrome is viewed by conspiracy theorists as a rejuvenation serum that is said to be tapped by children trapped in caves.

Alexandra Wester is by no means the only one in sports who polarizes with her views. Her boyfriend Joshiko Saibou also has a strange opinion. The national team from the basketball Bundesliga team Telekom Baskets Bonn has posted a video on Instagram under the hashtag #AppellandenVerstand, in which he provokes his followers regarding the Corona restrictions. Both athletes could not be reached for comment.

“You are reproducing what television, newspapers and politicians tell you. Do not question anything,” Saibou said in the video and added: “Even if people are put down and arrested. It is for the good of all.” He underlines all of this with his index finger raised and at the end of the video with a protective mask and the sentence: “Well. Leaf in front of your mouth.” The president of Telekom Baskets has little understanding of his player’s views. “No club in the world can use this, but it is covered by freedom of expression,” said Wolfgang Wiedlich of the DPA.

“So you can only be surprised.” The Instagram video also has no consequences for Saibou’s international career. “Josh is our international and he should remain that,” said Ingo Weiss, President of the German Basketball Association, the DPA. He had phoned him and talked about things. “Josh said his private opinion, which of course is not the association’s opinion,” he said. Saibou wanted to stimulate discussion with his statements. “You can argue whether that was the right thing in terms of form and style. I told him that,” said Weiss.

Top athletes have a large reach on social media

Of course, the right to freedom of expression applies to top athletes, emphasized the chairman of the Bundestag’s sports committee. “However, people who are believed to be role models for a variety of reasons should be aware of their particular responsibility,” said Dagmar Freitag. Top athletes in particular would have an enormous reach through the professional use of social networks and media, and quite a few would be considered influencers. “In this respect, I see with a certain concern that conspiracy theories apparently fall on fertile ground even with top athletes,” said the SPD politician.