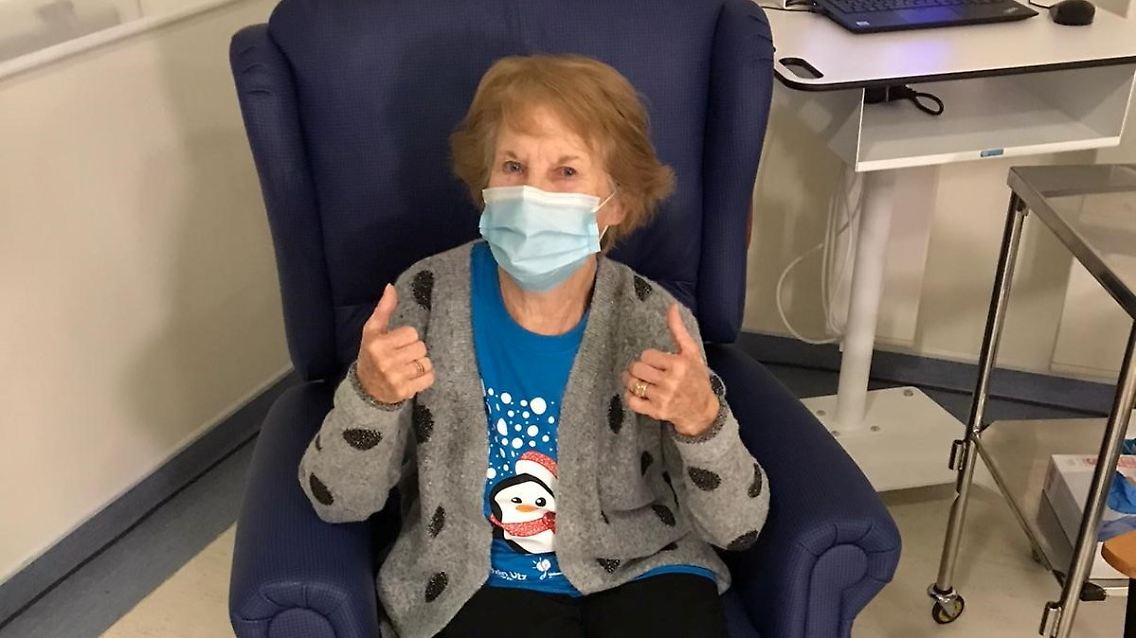 The SPD health expert Karl Lauterbach points out that staff could be forced to vaccinate. “With the Infection Protection Act there would be a legal basis for old people’s homes and hospitals to force their staff to vaccinate. But the federal government has promised that there will be no compulsory vaccination. It will remain so, and that is correct,” said Lauterbach the Düsseldorf “Rheinische Post”.

+++ 01:41 Biontech needs EU approval for additional vaccination dose in ampoules +++
The European Vaccine Authority (EMA) expects an application from the vaccine manufacturer Bionteech for approval of the withdrawal of six vaccine units per ampoule. “The company has announced that it will submit a request for a change in the next few days, which will be quickly examined by the Committee for Medicinal Products for Human Use (CHMP). If the CHMP determines that six doses can be reliably extracted, it will change the current conditions of the Recommend approval to support member states in introducing the vaccine, “said an EMA spokeswoman for the Bild newspaper.

+++ 01:04 Ifo Institute: lowering the value added tax brought little +++
According to a study, the temporary reduction in VAT only had a comparatively small impact on economic growth. The Ifo Institute estimates the consumption effect at 6.3 billion euros, reports the “Handelsblatt” in advance. This means that the increase in domestic consumption is 0.6 percent compared to the previous year. The cost and benefit of the measure are therefore in a rather unfavorable relationship, the paper quotes Ifo expert Andreas Peichl: The reduction cost the state 20 billion euros and is the most expensive measure in the stimulus package.

+++ 00:33 City Day asks to refrain from fireworks and firecrackers +++
The German Association of Cities calls on the population to act responsibly at the turn of the year with a view to the Corona events and to refrain from setting off fireworks and firecrackers. “Unfortunately, in this extraordinary year, we did not succeed in getting the infection situation under control. That is why the cities appeal to the citizens: Stay at home on New Year’s Eve or only celebrate with friends in a small group,” says Städtetag – General Manager Helmut Dedy the “editorial network Germany”. It must also be prevented that emergency rooms and hospitals are additionally burdened with injuries through improper handling of firecrackers.

+++ 00:06 EU buys at Biontech again after +++
The European Union buys an additional 100 million vaccine doses from Pfizer / BioNTech. “We will have over 300 million doses of this vaccine, which has been classified as safe and effective,” writes EU Commission President Ursula von der Leyen on Twitter. At first, she does not say when the additional vaccine will be available. The EU initially bought 200 million cans in November with an option for an additional 100 million.

+++ 23:03 Spahn: In summer there is vaccine for everyone +++
Federal Minister of Health Jens Spahn assumes that everyone in Germany can get vaccinated “towards summer”. However, this depends on whether the vaccines of other companies such as Johnson & Johnson, Astrazeneca and Curevac are approved, he tells Bild Live.

+++ 22:31 First vaccinated British woman gets second dose +++
Three weeks ago, Margaret Keenan was the first person in Great Britain to be vaccinated against the coronavirus – now the 91-year-old has received the second dose of the drug. The grandmother was given the syringe that afternoon in the central English city of Coventry. Two doses per person are required for full vaccination protection. “It is fantastic to see Margaret Keenan get her second dose of Pfizer Biontech corona vaccination,” tweeted Health Secretary Matt Hancock. “We will make it through this pandemic together.” Keenan made headlines around the world after being vaccinated three weeks ago. Her compatriots had called “Maggie” to get the vaccination as well: “If I can get it at 90, so can you.” She had celebrated her birthday between the two vaccinations.

+++ 22:01 Higher Corona aid for US citizens: Republicans oppose Trump +++
The Republicans in the US Senate initially left it open whether they would agree to higher corona aid for US citizens. The Congress Chamber will “start focusing this week” on these and two other issues, Majority Leader Mitch McConnell announced. He blocked a move by the Democrats to unanimously approve the increase immediately. This weighed on the stock market. The House of Representatives has approved the payment of $ 2,000 instead of the previously planned $ 600 to each citizen. McConnell’s party colleague President Donald Trump is also calling for the move. If the Republicans had “no death wish”, they would have to agree immediately, wrote the outgoing US president on Twitter.

+++ 21:30 France is planning even tougher curfew +++
France wants to tighten the evening curfews in particularly affected areas due to rising corona numbers. Health Minister Olivier Véran announced in the evening on TV channel France 2 that a curfew from 6 p.m. would be proposed there. Such a curfew – called couvre-feu in France – currently applies across the country from 8 p.m. People are then only allowed to leave the house with a valid reason – simple walks, shopping or sports are not included. The minister said the situation is currently particularly serious in the Grand-Est region bordering Germany, in the Auvergne-Rhône-Alpes region and in the Franche-Comté and Alpes-Maritimes areas.
Here you can read more about it.

+++ 21:01 Saxony with the highest incidence in a country comparison +++
When it comes to new infections, Baden-Württemberg is at the top of the federal states with 2812 cases. North Rhine-Westphalia (plus 2524), Bavaria (2335) and Saxony (2309) follow at a short distance. However, the Free State is still the federal state with the highest incidence: With 399.5 infections per 100,000 inhabitants in seven days, Saxony is just below the 400 threshold. Mecklenburg-Western Pomerania has a new daily record with 459 reported cases. None of the 16 federal states achieved double-digit growth. Bremen (156) and Saarland (295) report the lowest increases.

+++ 20:35 Current data situation in Germany: For the first time more than 1000 deaths reported +++
For the first time since the pandemic began, the number of deaths in Germany has exceeded the thousand mark. As can be seen from the information from the state authorities evaluated by ntv.de, the number of reported deaths in connection with an infection rose by 1051 to 31,676. The worst day so far was Tuesday a week ago (December 22nd) with 940 deaths.

The infection rate (R value) is given by the Robert Koch Institute (RKI) as 0.54 (previous day: 0.71). This means that an average of 100 infected people infect 54 other people with Sars-CoV-2. The 7-day R-value is currently 0.67 (previous day: 0.74). That is the lowest level since spring. Since the calculation of the R-values ​​is based on the distribution of the reported cases, these indicators are influenced by the combined weekend and holiday effect. In its management report, the Robert Koch Institute warns against cheering the declines prematurely: “Compared to the previous week, an apparent decrease in incidences and case numbers can be observed in all federal states over the Christmas holidays. It is quite possible that this with reduced test activity of the population over the Christmas holidays, as well as the delay in reporting by the health authorities. Whether this is an actual trend will become apparent in the next few weeks. “

You can find further information on the most important Corona data read here.

See Also:  Independiente Medelln: Leo Castro blocks a lawyer who promised a photo if he scored a goal in La Liga