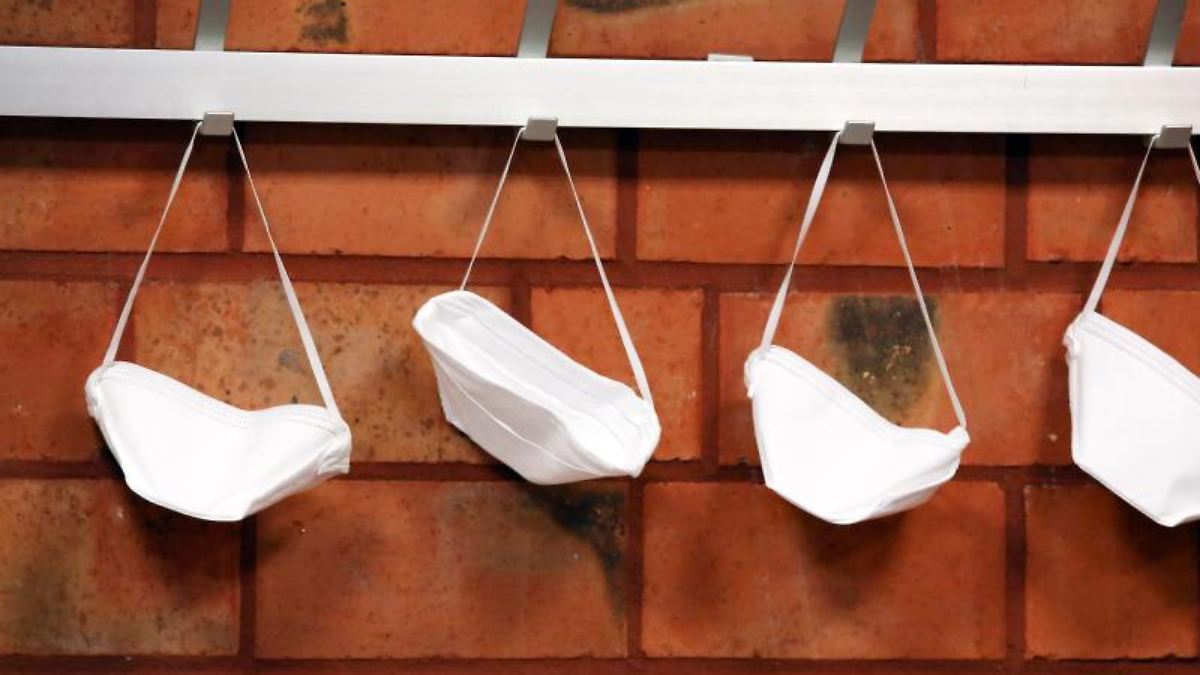 In Texas, around a hundred employees of one of the largest hospitals in the US state are fighting against a de facto vaccination requirement at their workplace. Houston Methodist Hospital staff in the Texas capital are organizing a protest at one of the hospital’s locations. Employees of the facility are threatened with dismissal if they have not received their first vaccination against the coronavirus by Monday. “We are not against the vaccine,” said one of the initiators of the protest, nurse Jennifer Bridges, the local newspaper “Houston Chronicle”. “We just want to feel more comfortable with it and do some research before we take it.” She and around a hundred colleagues are therefore filing a lawsuit against their employer. According to the hospital administration, almost 100 percent of the 26,000 employees “complied with the request (to be vaccinated)”.

+++ 06:00 India reports 92,596 new cases +++
In India, the health authorities recorded 92,596 new infections within 24 hours. A total of 29.1 million cases of infection have been detected so far, which is the second highest value worldwide after the USA. The number of deaths related to the coronavirus in India increases by 2,219 to 353,528. According to experts, however, the unreported numbers are likely to be much higher.

+++ 05:44 Dozens of mountain guides around Mount Everest infected +++
In villages around Mount Everest, 167 corona cases were reported during the violent second wave. Mainly people of the Sherpa tribe live there. Many of them lead foreign mountaineers to Everest or other mountains, carry their luggage or cook for them during the expedition. Since the first of them returned from Everest base camp in April, there has been a steady increase in infections in Pasang Lhamu, said the head of the responsible health authority, Aarti Maya Tamang, of the German press agency. The community around the highest mountain in the world has around 9,000 inhabitants. The area is only partially accessible by car.

According to the RKI, the total number of corona cases recorded in Germany since the beginning of the pandemic is now 3,705,942. The total number of registered deaths rose to 89,491. The RKI put the number of people recovering from Covid 19 disease at around 3,557,600.

+++ 03:47 Association of the liberal professions: extend help if necessary +++
The Federal Association of Liberal Professions has welcomed the federal government’s planned extension of Corona economic aid – but warns that more should be added if necessary. With reference to a new economic survey, President Wolfgang Ewer said that every third affected freelancer stated that he would not have survived 2020 without aid. “It also follows that the auxiliary instruments, where they are still necessary, have to be extended and optimized.” Ewer welcomed the extension and improvement of bridging aid and restart aid announced by the federal government. The association has repeatedly requested this. According to information from the German Press Agency, the federal government has agreed on an extension of economic aid for particularly stressed companies in the Corona crisis. The bridging aid III should be extended as “bridging aid III Plus” until the end of September 2021, it was said in government circles.

+++ 03:01 Doctors demand more vaccine +++
The President of the German Medical Association, Klaus Reinhardt, urges the federal government to provide more vaccine against the coronavirus. “The demand clearly exceeds the available capacities. If we have to postpone appointments because deliveries are missing, this leads to frustration among the patients. And this frustration is felt first by the practice staff. Something must change about that quickly,” says Reinhardt the “Rheinische Post”. He understands that people want to be vaccinated quickly. The federal government must therefore ensure that sufficient vaccines are available for practices, vaccination centers and company doctors as quickly as possible.

+++ 00:30 Student representatives warn of “exam camps” before holidays +++
The federal student conference warns against overloading the last weeks of school before the summer break with tests and exams. “I see a great danger that the top priority in schools now is to test performance,” says the general secretary of the federal student conference, Dario Schramm, the editorial network Germany. Class work, tests, exams and exams were not possible for a long time. The teachers are under pressure to give grades. Nevertheless, ministries of culture, schools and teachers should ask themselves which exams are really necessary. “I appeal to everyone involved not to turn the remaining school weeks into any drama or exam camps,” warns Schramm.

+++ 23:25 USA loosen travel warning for Germany +++
The USA is loosening its corona-related travel warnings for numerous countries – including Germany, the highest warning level no longer applies, as a list from the US State Department shows. The travel recommendations for France, Greece, Mexico, Canada and the Olympic host country Japan will also be adjusted. The US State Department calls on US citizens to reconsider travel to Germany and other countries. So far, the Ministry had expressly warned against traveling to these countries. The State Department said that the easing was based on new recommendations from the CDC health authority. The agency had called on US travelers to be fully vaccinated before traveling abroad. She advised those who were not vaccinated not to travel. The US entry ban for Europeans imposed in the corona pandemic is still valid.

+++ 22:24 Ease of short-time work allowance extended until the end of September +++
The federal government is extending the simplified access to short-time working allowance and the full reimbursement of social security contributions to employers by a further three months until the end of September. This emerges from the “draft of the third regulation amending the short-time work allowance regulation”, which is to be passed by the cabinet this Wednesday and which is available to the Düsseldorf “Rheinische Post”. “With short-time working we secure millions of jobs through the crisis and get the German economy important skilled workers for a quick start now in the summer,” said Federal Labor Minister Hubertus Heil of the newspaper.

+++ 21:58 Vietnam’s government asks citizens for donations for vaccines +++
In the fight against a new wave of corona contagion, the Vietnamese government has called on the population to make donations for the procurement of vaccines. Since last week, mobile phone users have received up to three text messages asking them to pay into a new vaccine fund. Officials were asked to donate a daily wage. The Southeast Asian country has long been considered a role model in the fight against the coronavirus. But since the beginning of April the virus has been spreading again significantly. Tens of thousands of people have already lost their jobs because of the strict measures taken to contain the outbreak. The communist leadership is now relying on vaccinations to get the corona crisis under control. This year, 70 percent of the population should receive immune protection – so far only about one percent of the almost 100 million inhabitants have been vaccinated. The cost of the vaccination campaign is 1.1 billion dollars (around 900 million euros). The budget is only $ 630 million.

+++ 21:02 German company balance sheets are robust despite the pandemic +++
According to a newspaper, the vast majority of German companies are neither threatening equity nor liquidity despite the pandemic. The equity ratio fell across all sectors in 2020 compared to the previous year by just over one percentage point to an average of 34.8 percent, reports the “Handelsblatt” in advance, citing anonymous calculations by the German Savings Banks and Giro Association (DSGV). The financial strength was retained because the companies invested less and increased their cash reserves. However, many travel agents, hotels and restaurateurs are acutely threatened.

+++ 20:11 US State Department is preparing to relax travel +++
The US State Department is preparing to relax its travel warnings. These would reflect the corresponding recent steps by the CDC, said a ministry representative. The CDC eased its recommendations for 61 states on Monday. Germany, Austria and Switzerland now fall under the third of four warning levels: travelers should ensure complete vaccination protection, those who do not have this should forego travel that is not urgently necessary.

+++ 19:48 countries report 1858 new cases +++
The number of reported coronavirus infections in Germany is up 3,703,966 increased. As can be seen from the information from the state authorities evaluated by ntv.de, 1858 new cases were added. The number of deaths related to infection rose 121 to 89,418. Around 64,119 people are currently infected. In a weekly comparison, the current daily increase in new infections is 905 cases below the level of Tuesday last week (June 1: 2763 new infections). This corresponds to a decrease of 32.8 percent. The number of deaths reported today is also lower than last Tuesday (168 newly registered deaths).

Read all developments from the previous day here.