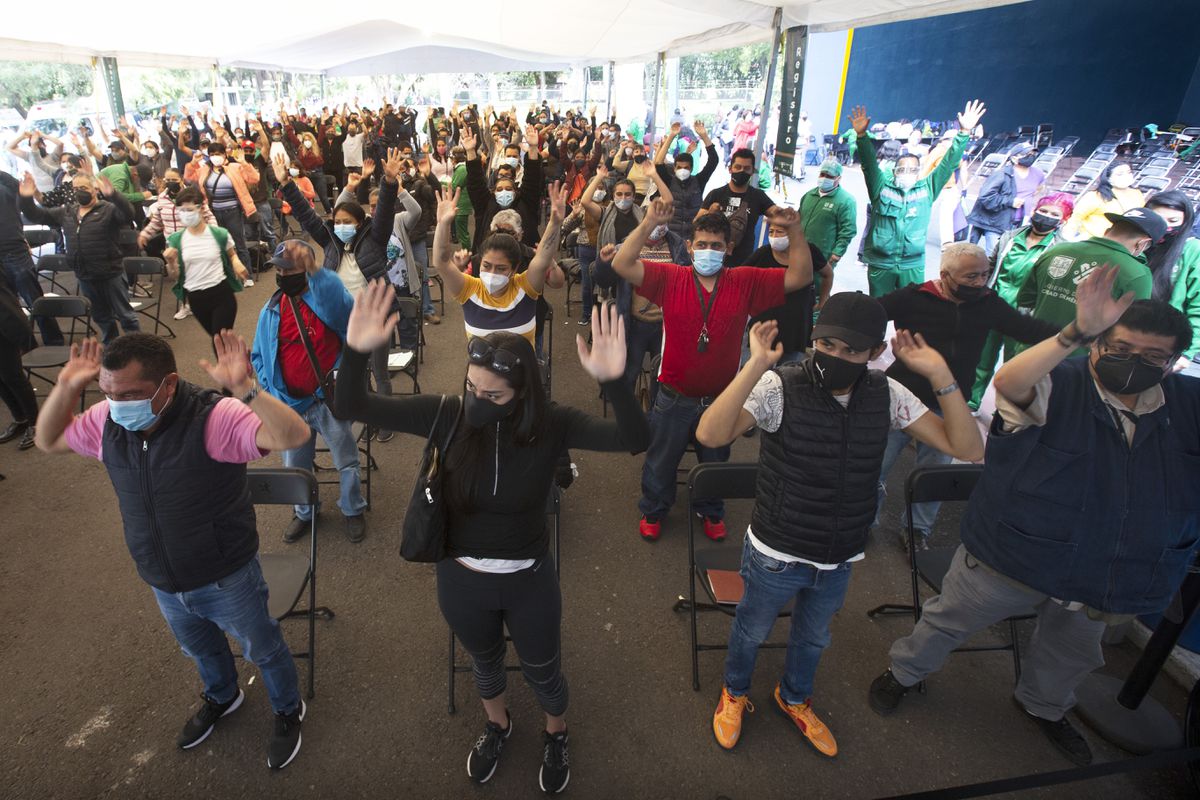 Mexico is looking into the abyss of a third wave of coronavirus and the effects are beginning to be noticed in different states. While new cases this Friday have reached 9,319 and deaths have risen to 217, the contagions among young people and in the most tourist areas of the country together with the Delta variant are the main concern of the authorities. In Baja California Sur, the third state with the most cases after Mexico City and the State of Mexico, some municipalities hit hard by the third wave have decreed the closure of public spaces and a voluntary curfew. In the same way, in Yucatan access to certain beaches, boardwalks and piers has been prohibited. Mexico City has recognized the rebound in hospitalizations and predicts that the peak in occupied beds will arrive in August.

The third wave of the coronavirus is mainly concentrated in coastal states. Baja California Sur leads the number of infections with respect to its population, where the incidence of the virus has reached a rate of 347 confirmed cases per 100,000 inhabitants. Mexico City ranks second with an incidence of 222 and 1,800 new infections. They are followed by Tabasco, Quintana Roo and Yucatán. The latter two continue to add cases in the middle of the start of the holiday season while tourists flock to the paradisiacal beaches of the peninsula.

The Delta variant, more contagious and resistant to vaccines, keeps authorities in suspense. In the latest report from the Mexican Genomic Surveillance Consortium, which analyzed 5,304 covid-19 samples in Mexico, it was detected that the Delta variant was present in 442 samples in 13 States. For now, the Alpha variant discovered in the United Kingdom is still the most widespread in the country, but the WHO warns that the Indian variant could spread and become the predominant one, as has already happened in other countries.

Delta is more transmissible and better escapes the immunity provided by the first dose of the vaccine. A report from the British authorities, where it is already the most widespread variant, he assures that, although the effectiveness of the first puncture with Pfizer or AstraZeneca was 50% compared to the alpha variant, this percentage was reduced to 35% when faced with a Delta infection. With the complete vaccination regimen, the efficacy does not differ for both variants and, in any case, the effectiveness of the vaccines to protect against the risk of hospitalization due to covid is high with one dose and with two. In Mexico, only 16% of the population has received both doses of the vaccine.

In Mexico City, the Head of Government, Claudia Sheinbaum, has decided to keep the epidemiological traffic light yellow. However, he has recognized an increase in positive cases, especially in people between 20 and 34 years old. “What we are projecting is that given the vaccination coverage, our most drastic scenario would reach close to 3,5000 occupied beds in the Valley of Mexico, which is 35% of what we reached the highest peak, and it could happen at some point. August moment ”, assured Sheinbaum. In addition, he has detailed that the health institutions of the capital are already prepared for a reconversion of spaces to increase the capacity of hospital beds as already happened in the worst moments of the pandemic.

In Baja California Sur they have not wanted to wait and have already ruled a voluntary curfew among tourists and residents from 10 pm. The La Paz city council has closed some beaches in the municipality and has restricted the hours of bars and restaurants. Yucatán has followed this example and on weekends it will be forbidden to drive after 23:00 at night and before 5:00 in the morning. In Nuevo León and in Hidalgo, the return to the classroom is a tightrope. The start date of the face-to-face school year is stipulated for August 30, but the rise in infections could delay it, as both local governments have warned. For their part, Sinaloa and Oaxaca have decided to reinforce surveillance in nighttime spaces and restrict mass events due to the increase in cases in young people until the epidemiological curve drops again.