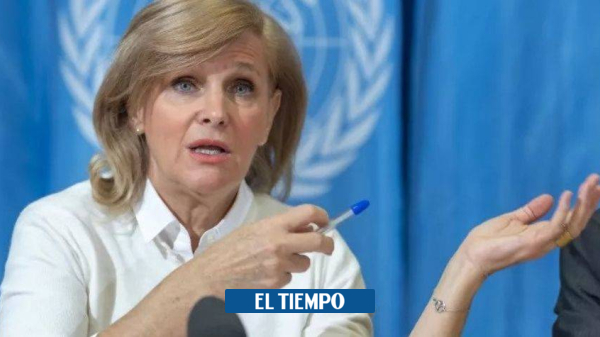 The director of the Department of Public Health, Environment and Climate Change of the World Health Organization (WHO), Maria Neira, spoke with the Spanish radio station RAC1 about when the pandemic caused by the new coronavirus.

The doctor assured that the health crisis could be controlled in March 2022, as long as immunization is achieved in countries with low coverage of vaccines.

“Two years is a period that we set ourselves and it will surely be a reasonable time. If we begin to vaccinate at the speed that we have had so far, we could see, even earlier, the way out of this tremendous situation “, he claimed.

However, he also described the little availability of biologicals in some countries, highlighting that “we all have to get out of the pandemic together.” Call in which the WHO has been insistent.

In fact, the director of the organization, Tedros Adhanom Ghebreyesus, stated that: “The shocking inequality in the global distribution of vaccines is a stain on our collective conscience”.

(In context: The harsh criticism of the WHO to the distribution of vaccines in the world).

When we come out of the pandemic, we must take the opportunity to be better and not forget these lessons

Idea with which he agrees, who emphasized that it is not simply a question of returning to the normalIt is also important to learn from the health crisis and be better.

“I believe that the end is beginning to be more and more present, but when we come out of the pandemic we must take advantage to be better and don’t forget these lessons“.

In this sense, the expert stated that it is necessary to avoid the mistakes of the past and live the new normal with new habits, Changing “our modes of consumption, production and lifestyle so that our health is much more protected”.

As for a third dose for the general population, explained that for the WHO it is an issue that it can wait until most of the world’s population is immunized, among other things, because we must wait for more scientific evidence on the real need for such an application.

“The third dose, for now it can be postponed until we have more scientific evidence and 40% of the world population can have a first dose”, highlighted and clarified that, for now, they only require it immunosuppressed patients.

The pandemic in the world

According to AFP figures, since the new coronavirus pandemic began, in China, at the end of 2019, they have been infected 225,728,950 people and at least 4,646,416 have died worldwide. Even so, the balance could be two to three times higher if the excess mortality linked to covid-19 is taken into account, says the WHO.

However, in the last week there has been a death in infections worldwide. According to WHO data, in America positive cases decreased by 17%, in South Asia by 16%, in Africa and the Middle East by 15%, in Europe by 5% and in East Asia they fell by 8%.