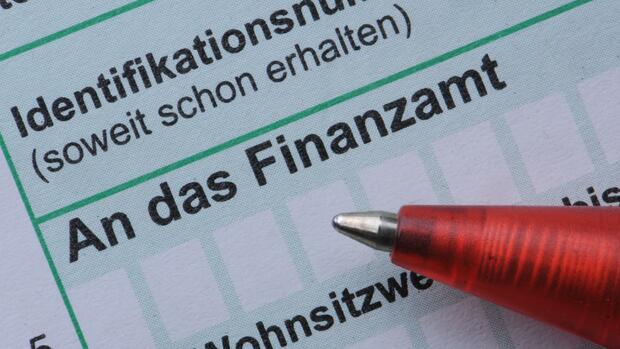 They buy vouchers from shops or restaurants in order to keep them financially liquid, organize masks for the nursing home in the neighborhood or donate money for artists, clubs and organizations.

Some of the good deeds are tax deductible. Sometimes donations are even suitable to receive special tax breaks or government grants. Tax recognition has even been simplified for explicit corona donations. But the tax authorities do not recognize all support. And not everyone is as needy as they say they are. Therefore it is important to be attentive

The Germans are more helpful this year than last year. “Our impression is that people in Germany are showing great solidarity even in the corona pandemic and are donating more – similar to other extraordinary catastrophes that have been reported in the media,” says Burkhard Wilke, Managing Director of the German Central Institute for Social Issues (DIZ ), firmly.

“According to our preliminary estimate, the volume of donations should therefore grow again this year and could reach almost eleven billion euros,” says Wilke. According to DIW data, a total of 10.5 billion euros were donated in Germany in 2019.

The willingness to donate has increased noticeably, especially during the first lockdown in spring, shows data from the “Balance of Help” by the market research institute GfK on behalf of the German Donation Council. In March people donated 13 percent, in April five percent and in May seven percent more than in the previous year.

Online platforms such as Startnext, where normally only founders collect money for projects, have launched special aid campaigns. Companies that have been hit particularly hard by the lockdown, from music bars to surf camps, are asking for support. The Betterplace donation portal opened its Betterplace.me area, which was previously reserved for private individuals, to small businesses during the corona crisis.

Being charitable not only increases your well-being, it also pays off – in terms of taxes. “In order for the tax office to recognize a donation, it must go to a non-profit, charitable, church or religious organization or a public or state institution,” explains Uwe Rauhöft, Managing Director of the Federal Association of Wage Tax Aid Associations (BVL). The recipient must be based in Germany or the EU and may not provide anything in return for the donation.

Non-profit organizations promote science and research, religion, youth and elderly care or art and culture. Charitable associations take care of animal welfare, for example. Membership fees can also count among the beneficiary benefits and be deducted for tax purposes. However, this does not apply to contributions to sports clubs or other institutions that are primarily aimed at private leisure activities.

“In order to be able to make a donation, you always need appropriate proof of its value,” says Rauhöft. In the case of donations in kind, this value may have to be estimated. For example, if you donate masks to a public institution such as a nursing home during the corona pandemic, you should have the recipient issue a donation receipt for their purchase price. In the case of used items – for example clothing or toys – the recipient of the donation must determine the market value of the goods and issue a certificate. “It makes sense to document the new price, the useful life and the condition at the time of the donation, so that you can prove the market value of the donation in kind,” advises the consumer portal Finanztip.

Recognized donations can really pay off from a tax point of view, because they count as special expenses. These reduce the taxable income as soon as the special expenses (excluding pension expenses) exceed the lump sum of 36 euros for singles.

If the taxable income falls, the tax burden also falls. How much depends on the taxpayer’s income. The contribution of the tax authorities is capped, however, to a maximum of 20 percent of the so-called total amount of income.

This is the gross annual income minus – if applicable – the retirement benefit, the benefit for single parents or a special amount for farmers and foresters.

The 20 percent limit can also be relevant in other situations. Because donations can be used very skilfully: “With severance payments that are taxed at a reduced rate, additional special expenses can lead to very high tax savings,” says BVL expert Rauhöft. Payments that depend on the amount of taxable income can be optimized through donations, according to the expert.

Anyone who reduces their taxable income to below 25,600 euros (2021: 35,000 euros) and fulfills a few other criteria can, for example, apply for the housing construction premium.

At first glance, 20 percent may seem like a lot. However, the threshold can be reached quickly for retirees who only have low earnings but a good fortune and donate from them. For years, those over 70 have appeared in the GfK statistics for the Donation Council as a particularly generous group.

If you donate more than is directly deductible, you will not lose the tax advantage. The tax office carries the unused amount forward to the next year. “In the tax return for the following year, you put a cross in the Other in line 6, then the tax office will take the remaining partial amount into account,” explains Finanztip.

There is a special rule for party donations and membership fees. These expenses can be submitted up to an amount of 1650 euros (double the amounts apply to couples assessed together). Half of this – a maximum of 825 euros – will be deducted immediately from the tax liability. “The amount that exceeds 1650 euros can also be claimed as special expenses like normal donations,” said Rauhöft.

Anyone who has a particularly large amount of money left over and puts it into the assets of a foundation can set amounts of up to one million euros over ten years as special expenses.

In order for the donations to be actually recognized by the tax office, consumers need a so-called donation confirmation, which must meet certain official requirements. Donation organizations often issue such a certificate automatically.

However, they do not need to be attached to the tax return. “First of all, the tax office believes the taxpayer that he actually made the donations he had specified,” observes Rauhöft. “For a possible check, however, the evidence must be kept for one year after receipt of the tax assessment,” he warns.

For amounts up to 200 euros, a booking confirmation from the bank – such as the account statement – or a cash payment slip is sufficient. According to the Federal Ministry of Finance, this simplified regulation also applies to donations of any amount until the end of this year, if they apply to corona aid.

The tax advantage is not the only motivation for most donors. In any case, the money should only go to the needy. Special For example, the DIZ has compiled a list of organizations for those affected by coronawho collect donations and provide help.

The Federal Association of Consumer Organizations recommends being cautious when advertising mail – instead of delivering data and facts – is aimed solely at feelings. Emotional texts and pitiful photos are hallmarks of dubious advertising. On the other hand, clear, meaningful information and authentic photos with a recognizable reference to the respective donation purpose are credible. A clear presentation of the utilization of funds is also important.

In order to bring transparency into the activities of organizations, seals, awards and self-commitment guidelines were created. There are seals from DIZ, Phineo or the German Evangelical Alliance.

Membership in the German Donation Council, VENRO, or the German Civil Society Initiative are also good indicators. Because the DIZ seal costs money, for example, smaller or local institutions often do without it, so the lack of it is not a bad sign per se.

The Helpdirect online portal lists in detail for over 1000 aid organizations which transparency regulations they meet, and uses them to create a ranking. The DIZ also has over 1000 organizations in its database that it checks for the transparent use of funds in order to make recommendations.

The vast majority of organizations are reputable. But the DIZ also keeps a negative list. Child Help is one of the four black sheep at the moment: The organization sends lavish gifts as thanks for donations that have not yet been made. Donations to the children’s cancer organization are also not advised, as the association cannot prove any aid measures for affected children.

No organization is obliged to provide information to the DIZ. But the institute complains that some fundraisers do not provide enough information even on their website. This also includes well-known organizations such as the Federal Association for Child Protection and the foundations of ex-figure skater Katharina Witt and Quelle heiress Madeleine Schickedanz.

Better to donate more money to a few organizations

Instead of distributing the money using the watering can principle, donors should donate larger amounts to a few institutions. “It is better to donate 100 euros to one organization than ten euros to ten different ones,” recommends Wilke. Because every donation causes administrative costs. “You will also be included in the donor files and will receive even more advertising in the future,” he warns.

Wilke has a tip for those who prefer to support affected entrepreneurs in the corona crisis instead of aid organizations. “To ensure that your donation reaches the right people, you should choose recipients in your local environment with whom you have a relationship of trust.” This also applies to small businesses that ask for help on online platforms such as Startnext or Betterplace.me, for example.

“For individuals who have services like Gofundme or Facebook Collecting money, we only recommend donations if the person belongs to personal circle of friends. Because there have already been cases of fraud here, and the platforms unfortunately leave the donors alone in the seriousness check, ”warns the DIZ man.

More: In return for many expenses, the tax authorities grant a tax rebate. Those who are smart now can maximize their refund from the tax office for 2020.