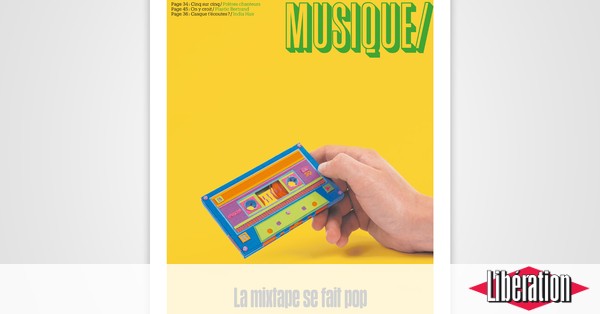 Every Saturday, the Tsugi webradio accompanies the music book of Release with one discovery and five new features.

Why consider it a discovery when he now has four albums to his credit? Because, apart from a visit to the Pézenas festival (Hérault) and a stopover by the Café de la danse in Paris for the Traversée – Franco-Quebec exchange led in particular by the Fair device – Antoine Corriveau remains more than confidential on the stages French. Until now, this thirtysomething hoarse voice embodied a certain idea, as woozy as it was dandy, of dark melancholy. But we did not know his conquering ability to jump over hurdles.

Dandelion thus reveals itself a variegated record although with an ostensibly rock envelope. A record of letting go of richness, especially since it never lets itself go to the vulgarity of display. Garage exhalations (Albany) with the finest silk (Perhaps), electric explosions (Somebody) with a heartbreaking caress (Disappearance), Antoine Corriveau excels in all subjects. A dynamic acrobat who does not neglect the brilliance of the writing and the force of the subject, between intimacy and social vein.

That he draws a post-punk and insanely current inflammatory charge against racism (They speak) or denounce the ghettoization of indigenous peoples (Mixed Bloods), the Québécois always puts himself at the service of songs. There is also an unmistakable Stephan Eicher pop wonder, the short duration of which keeps returning. (Awkwardness). The whole takes part in the rise of an explosive beauty which sounds like a formidable weapon of consolation against the icy ugliness of this period. Patrice Demailly

Escaped from Club Cheval, the French Myd is definitely the most exciting electro-pop producer of the moment, as this new title shows again with the collaboration of another weirdo, the Canadian Mac DeMarco. Hang on to the Covid, long live the Comyd!

The Kills, I Put A Spell On You

To believe that the song has fallen into the public domain, it’s raining covers of the old Screamin ‘Jay Hawkins hit. After William Shatner here is the very electric one of The Kills. A bottom of drawer in their case, since extracted from an album of side B and rarities. As if to say goodbye.

Taken from a “lost” album recorded in 2005 and released for the recent Record Shop Day where covers are legion, this original track deploys a devastating charm between minimal country and minimal folk. As if the man from Ibiza had (re) found his inspiration in Nashville.

Okay, Halloween is behind us. But we can very well get a last thrill by listening in complete darkness to the new composition of the legendary composer and director, great master of synths and even, as here, of guitars. The die is cast.

After a solo Baudelairean escapade, François Marry returns to the Atlas Mountains for a Hello caressing, announcing an album in February whose title, Blue banana, is not a new incarnation of Sébastien Tellier, but a geographical concept of the 80s. You had to know it.